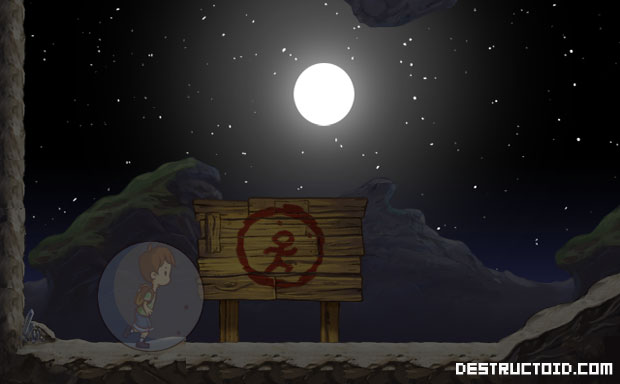 WayForward’s upcoming A Boy and His Blob has elicited reactions of excitement and anticipation from gamers ever since it was first announced for the Wii. The game was paricularly fascinating to retro fans at Dtoid (ahem, me) and I had a dozen questions the moment I saw the first screen. Are the mysterious jelly beans back? Does boy stilll look like a retard when he climbs a ladder? Will the game be as mind-numbingly difficult as the first one?

Lucky for me, the team at WayForward remembered me from my rave review for their previous game, LIT, so they were willing to chat a little with me about this delightful project, not to mention share a completely exclusive screen that’s never been seen before — see above! When you finish ogling, hit the jump to learn a bit more about A Boy and His Blob from Lead Designer Sean Velasco himself.

Destructoid: The original A Boy and His Blob seems to elicit mixed reactions from gamers, from “That game was great!” to “That game was awful!” Were you fans of the original game to begin with? Also, who came forward to suggest the idea of remaking the game?

Sean: Most people seem to love the Blob! We certainly do. However, I can understand why people didn’t like it; it certainly had some control and usability issues. We are huge fans of the charm and the puzzling aspects of the original. Overall, we love the concept, and wanted to give it a new implementation.

As far as how the whole thing got started… I did the basic design and pitched the game internally at WayForward, who had a good relationship with Majesco. Majesco loved our concept and were interested in publishing a new Blob game, so it was a perfect match. 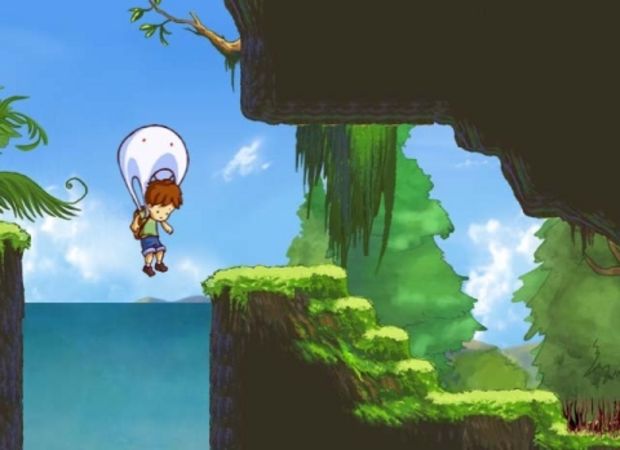 Destructoid: Is this version of the remake related in any way to the DS sequel that was announced in 2005 but never came to fruition?

Sean: WayForward was not involved in the GBA or DS Blob games. This is a completely different effort.

Destructoid: Is the team attempting to take the original premise and improve upon the weaknesses of the original, or will this be a strict remake?

Sean: This game is in no way a remake! It’s inspired by the original game, taking its basic concepts and applying the lessons of 20 years of game design. However, the game is quite reverent towards the original game; expect to see homage at every turn.

Destructoid: What sort of effect are they going for with this art style? It was the first thing that caught my eye, and also can we expect to see the art really kicked up at certain parts of the game? For instance, will there be a scene or two in each level where we are just blown away by the beauty?

Sean: Well, that’s certainly our goal! We still have a ways to go in development, but we plan to really push the Wii to take 2D to a new level. Special parallax effects, 3D techniques, and awesome lighting will really make the world pop. This is a subtle game, so nothing should be over the top, but I hope that players will stand back occasionally to admire the beautiful world. 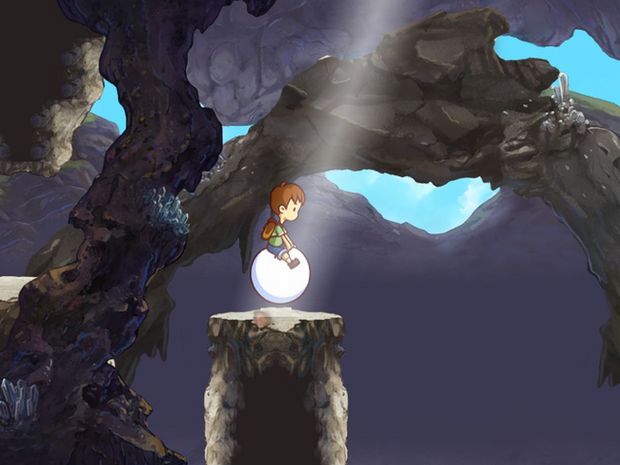 Destructoid: An aspect of the original game that was simultaneously charming and frustrating was not knowing what effect the jellybeans would have on Blob. I’ve noticed that some of the new beans have names that seem to more explicitly state what they do. Was this a conscious design decision? Will there be beans that have to have their abilities discerned through experimentation?

Sean: We all appreciate the puns and discovery from the NES game. That being said, once the discovery was made, the magic was done. In the new game, gameplay focuses on using the jellybean transformations in fun new ways, as opposed to simply memorizing what each bean does. A picture of the transformation accompanies the beans in the interface.

Destructoid: There looks to be a considerable lack of enemies in A Boy and His Blob, with the game focusing mostly on environmental puzzles. Will this continue to be the focus in the new game or can we expect to see more critters?

Sean: The enemies in A Boy and His Blob are mostly used as tools for puzzles. However, there are many varied enemies in this game. Each one should serve a unique puzzle function and have a ton of personality. As with the original, however, there is an intentional absence of “fodder” enemies. 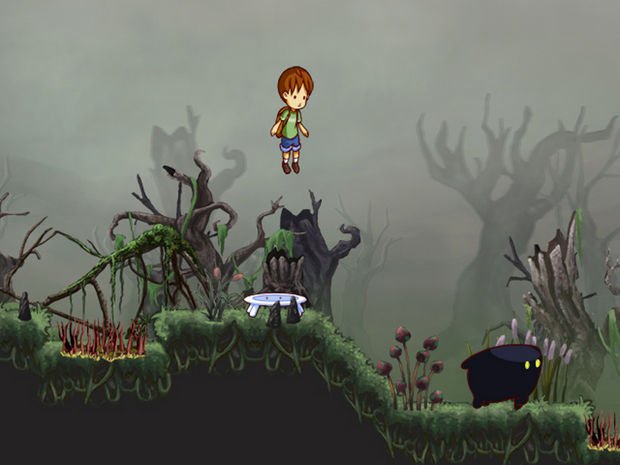 Destructoid: Will the game be for WiiWare or retail? If for WiiWare, why was that chosen over retail?

Sean: This is a full retail game with a ton of features and content! However, we have a ton of respect for digital delivery and the freedom it affords developers. Expect to see WayForward on a lot of digital delivery services in the future.

Destructoid: The soundtrack certainly is an upgrade from the original. Who is working on it? Was he/she influenced by the look of the game in creating its music?

Sean: Our composer is Daniel Sadowski, who jumped immediately at the chance to work on Blob. The vision of this game has been embraced by both the art and music sides, and each has played off of the other. In some instances, we had the music done before the environment was finished, so we could use it as inspiration for the look and feel of the levels.

Destructoid: Thanks for your time, Sean!