“The sky is the limit”

An hour after taking the stage to unveil Disney Infinity, “Disney’s most ambitious video game initiative ever” (a press release states), I sat down with Avalanche Studios chief creative officer John Blackburn to discuss where Pixar’s influence meets his own kids’ influence on this massive undertaking.

We discussed the difference between platforms, the difficulties of making a sandbox to play in, and what kids like to do with their toys. 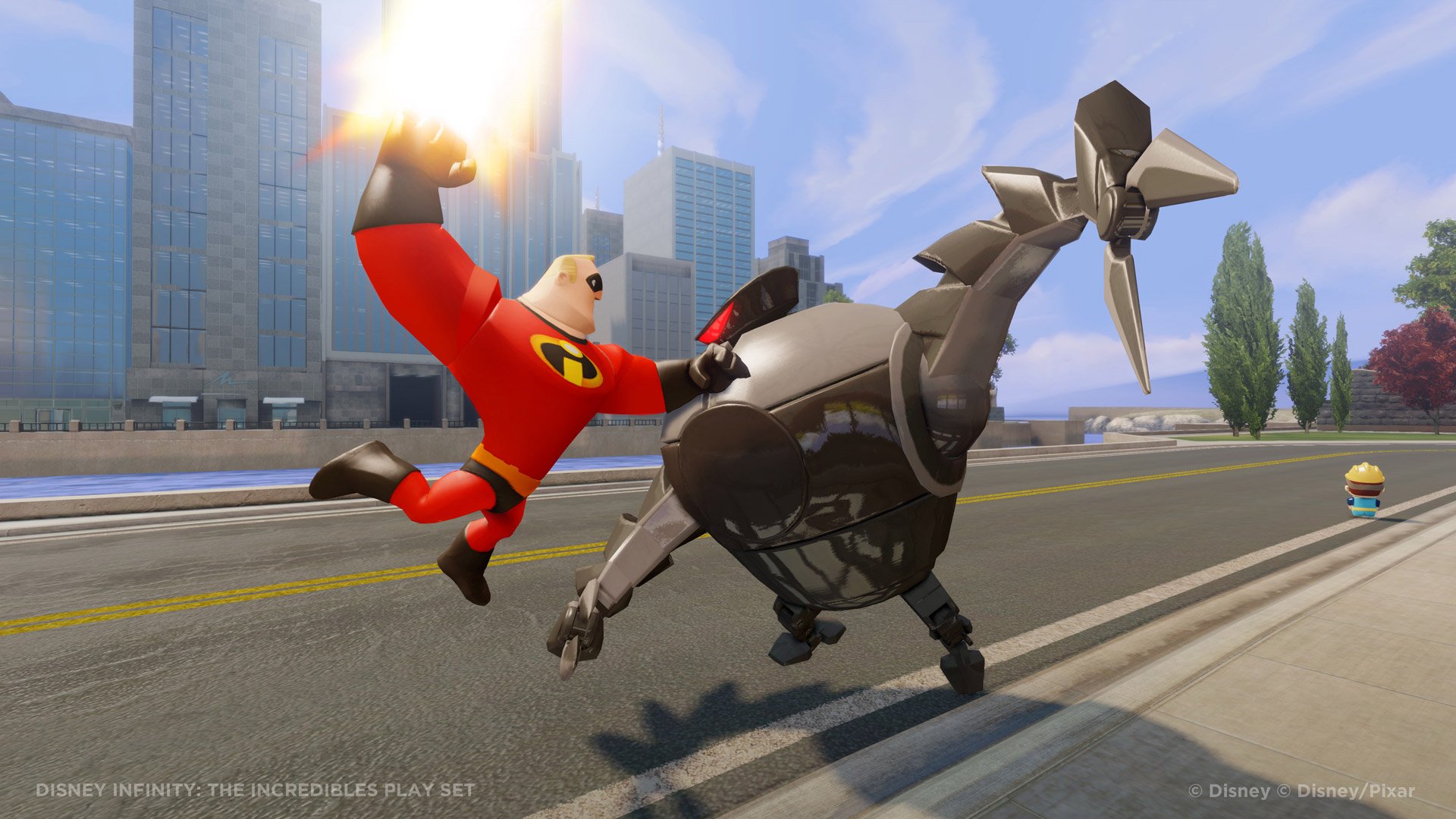 Does watching your kids play affect your work?

When we went out to Pixar the first time — this was for Toy Story 3 — they did a short 20-min presentation on what the storyline for Toy Story 3 would be and in that there was a little bit of Andy playing with his toys. When we left, we started looking at how our own kids play. Particularly my kids. They play this game where they have their castle, they have their stuffed animals, and they got these Geomags that they put together The animals come out and attack the castle, and then these Geomags become cages for these animals they got, but they also then bring completely different toys as they play.

It’s a type of game they play, but they are creating a new story every time they do it. Our idea behind this — in watching them — was like, most of the gameplay is in the setup of this. They set up this huge thing in their mind, and they are telling each other about the setup as they go, and we are like, if we can get to that, that’s what they are actually enjoying. Before they knock everything over, it’s that moment when they are creating this new scenario that they get to play.

It’s a little bit of both. When we first started working with [Pixar CCO] John Lasseter, we pitched him an idea, “You know, we are going to put in some more girl-based gameplay in here,” and he’s like, “No, no, no! Go make gameplay that you guys want to play!” So we got into this whole philosophy like the guys at Pixar who are like, “We make movies for ourselves. We don’t make movies for a demographic in mind. We make a movie we want to see, and kids happen to enjoy those. The reason it’s funny to parents is because it’s a movie for us. Now go do the same thing here. That’s how you’re going to be successful. Go make a game that you want to play that is deep enough that you want to play and make it easy enough for kids to play too.”

And so, we feel like we are going out on two different levels here. As a parent, I love making content that I can play with my kid, so that’s really what we have in mind. I want to be having fun while they are having fun. We are doing two different things, but that’s what makes it special.

For multiplayer, do you have any sort of systems that will guide players and tell them “you might get along with this person”?

We don’t do matchmaking on the online portion of the game. This is something that is potentially a safety concern. As a parent and a consumer, I want to know when my child goes to play this, they will be safe. We only allow players to play with people already on their friends list that already know you. There will be no generic matchmaking. 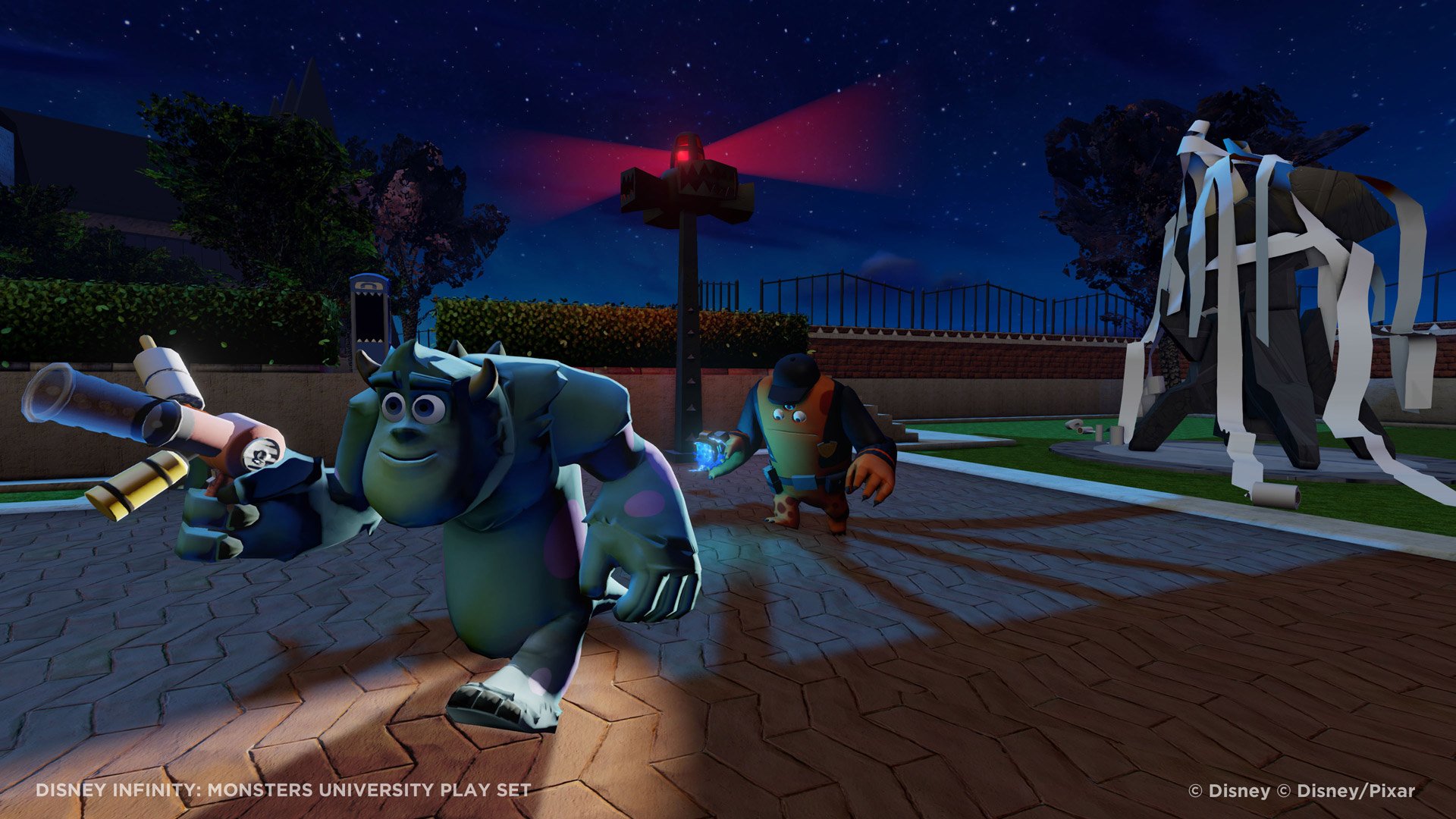 How are you going to moderate what gets uploaded? Are there any hard rules?

There are absolutely hard rules. There are two different things: There is safety, but we also think about appropriateness in content. That’s what we are really concerned about when someone submits something to us. You cannot share something with your friend unless you are in a room with a friend, sharing it with them at that point in time. We really can’t moderate content in that way. It is cool because it’s drop-in, drop-out. You can create something for an hour, invite to a room, and then boom. I’m there and we download the whole thing. It’s very easy to share.

But when you are talking about “I saved a file and I’m going to try to share that experience,” that will go through a moderating process with Disney and us. We go through and moderate those things. We are looking at this more as a curative content process, where we display the best content and give back to the community. So there will be an ever-expanding body of content there, but the idea behind that is appropriate for a Disney audience.

One of the fun things about Halo‘s Forge mode is that you can kind of break the game, mess with the physics and such. How did you approach limiting or not limiting what players can do in Toy Box?

When we designed it, there was definitely a lot of inspiration that came out of some of those other experiences. I mean, Halo 4 was actually one of the ones where it was amazing that my kids could play it for hours and yet they really don’t have anything in mind — they aren’t trying to build a level. They are exploring what you can do. That’s really the same kind of mentality you get into with this, so we’ve gone back and forth in the design process in how restrictive we want to be. Should we go more toward usability and restrictiveness, or should we go towards free play and let you get yourself in a tough spot that may be harder to get out of — we’ve actually gone in that direction.

We think it’s more fun. In a way, causing that problem is sometimes the objective. My kids would sometimes grab me and say, “Oh dad, watch this. it’s really cool that you can do this.” A total bug, but it was fun. The goal is to be entertained. At the end of the day, we want you to play the way you want to play. So we really want to reduce the number of rules.

A developer demoing Toy Box mode was telling me that he enjoys it because he’s good at the game and he can create real difficult levels with it, as opposed to the more elementary story missions.

It’s funny because we both watch kids play and then we play ourselves. We go through and as adults, nine times out of ten, we have these conflicts that get going between people, but you lose track of your objective really quickly. If we go in and tell kids go build a castle together, some kids that are rule-followers will go build it, but then there will be some other kid that is like, “Look at all this crap you can pull out of the Toy Box!” and [they] start bringing those things out and experimenting with them, and that’s part of the fun too. That’s part of why you are building a big toy collection: How many things can you bring, and how many experiences can you have playing with them? I really feel like it’s a kind of new gameplay pattern I haven’t seen at this level before. Forge had it a little bit, but that wasn’t the intention behind Forge. This actually is the intention. The sky is the limit. Let’s see how many things we can do. 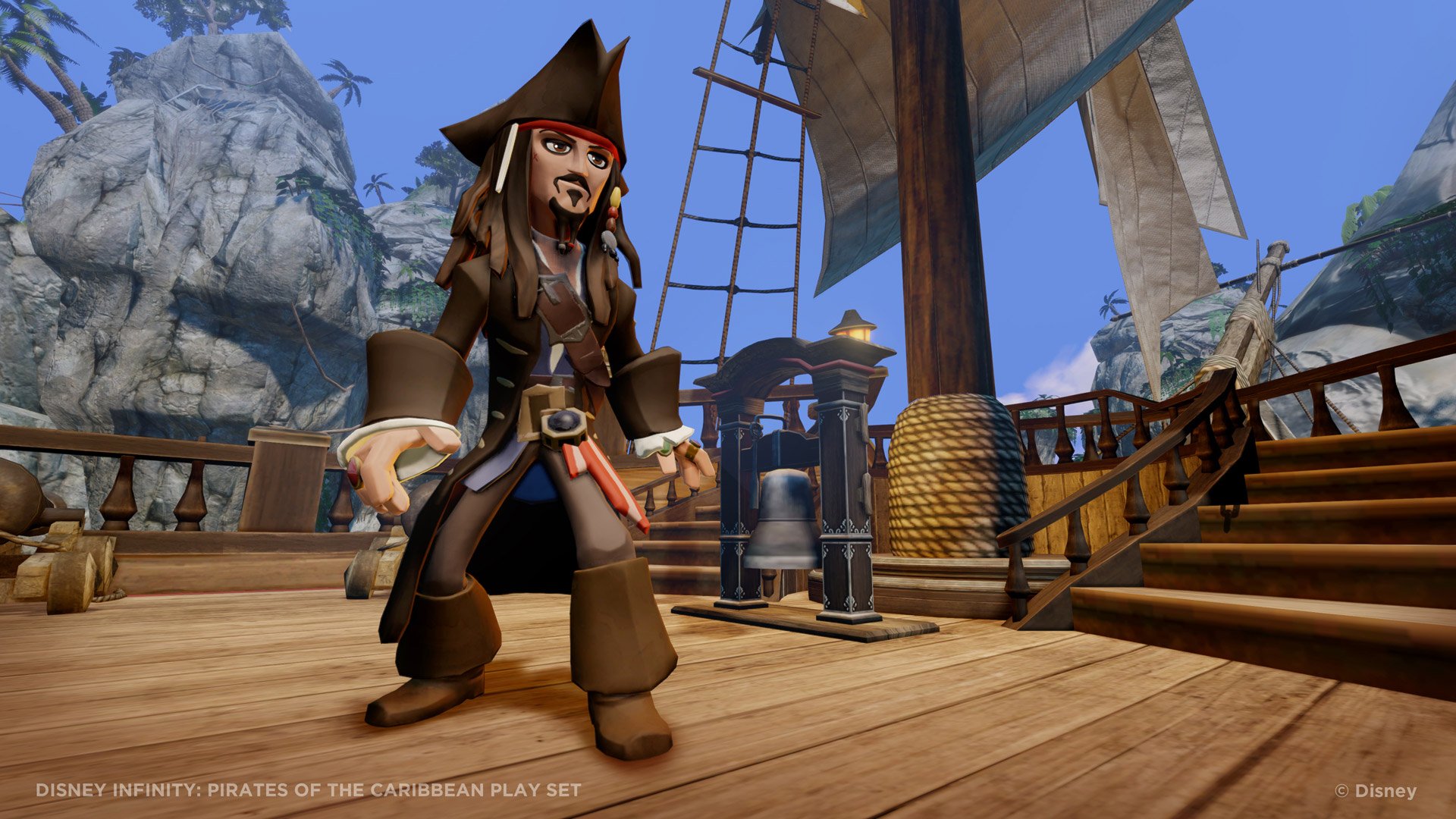 Can you detail how the mobile and handheld versions will differ?

The 3DS is a very different experience. They memory can’t handle all that stuff, so technologically we couldn’t do the same thing there. It’s more of a game you expect on a 3DS: You build teams with characters and they each have a mini-game that comes along with them. You can go and build out the different play fields that you’ll go through with your team, so there is a strategy component when you play with someone else. The mobile versions are actually more attuned to touch controls. We aren’t ready to share that yet, but it will be tied to the economy and the experience with all the characters you have. We’ll leave that it at that.

PC version will be the same, but you use web codes to unlock.

With Lucas and Marvel, is there anything down the line and will there ever be a non-Disney collaboration?

This is my favorite question as a developer [laughs]. I hope so! There have been discussions about that, but it’s above my level in the company. Everyone looks at this and says, “Wow, you can add a whole bunch of cool stuff in here,” but we need to make sure it’s right for the brands, right for the players, and right for everyone that loves those properties too.