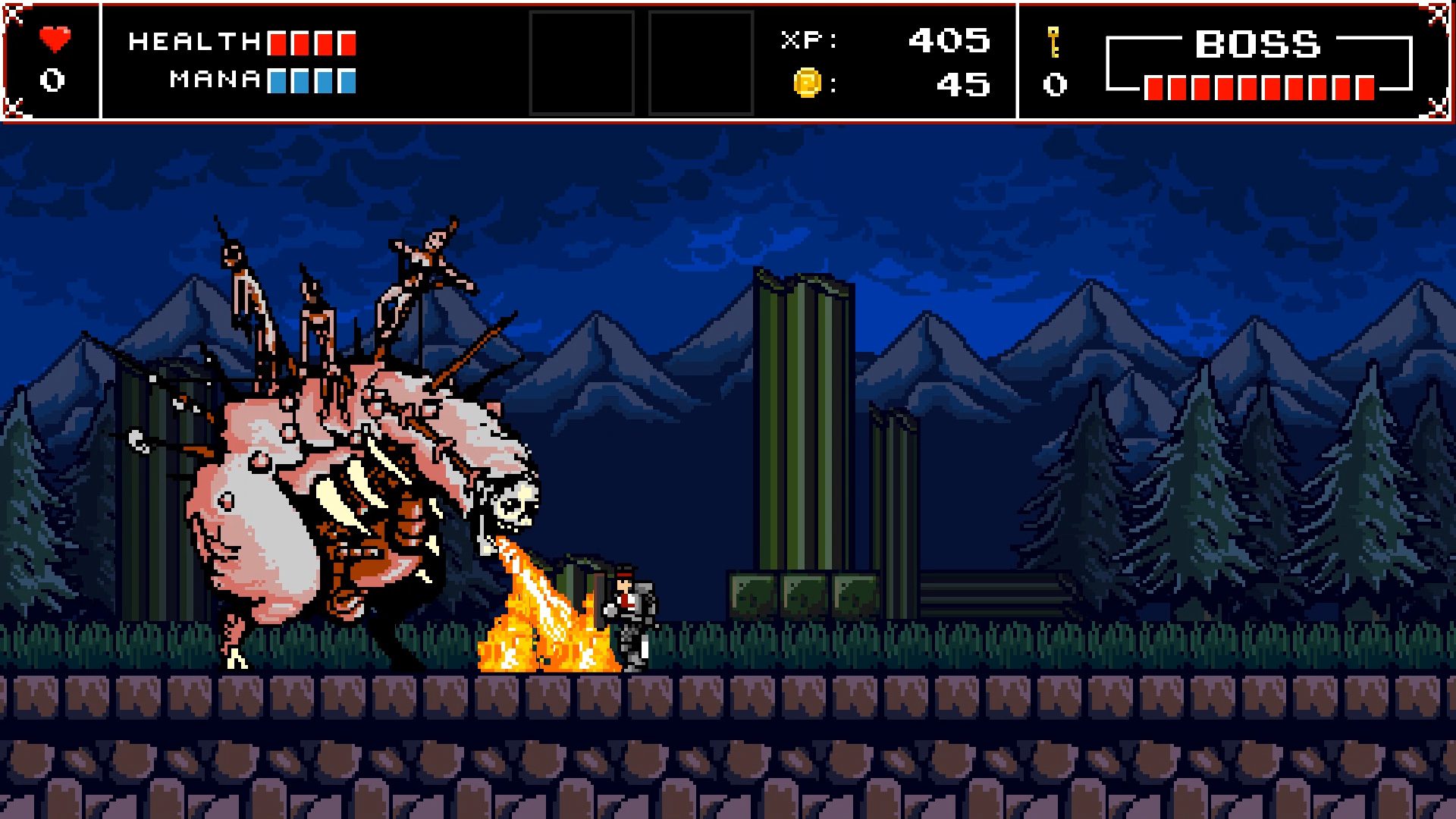 We’re fortunate to have games like Bloodstained: Curse of the Moon and now Infernax, a new take on classic NES-style Castlevania. I tend to prefer the more exploration-based Igavania approach, but there’s always room in my heart for the simpler — and often much more unforgiving — action-platformers from the 8- and especially 16-bit era.

If that headline and screenshot are speaking to you, check out this trailer.

Coming to us from Berzerk Studio (the team behind Just Shapes & Beats) and The Arcade Crew (who’s best known for publishing Blazing Chrome and Dark Devotion), Infernax is a side-scrolling action game with health and mana notches at the top of the HUD, pixelated demons to pummel, bosses to outlast, and coins and XP to accumulate. It’s not a throwback game going for total authenticity — you’ll spot numerous modern design touches — but it’s in the divisive Castlevania II: Simon’s Quest wheelhouse, for sure.

The story is about a knight, Alcedor, who’s out to stop an unholy corruption that has taken root in his homeland, which is more than sufficient motivation for a game like this.

In the trailer, the town with strolling villagers looks straight out of Simon’s Quest, and the over-the-top close-up of a dude’s clobbered face reminds me of Bionic Commando. On the “more modern” front, I feel like people are going to have thoughts about the damage number pop-ups, and also this menu. Again, Infernax has XP — and unlockable skills. 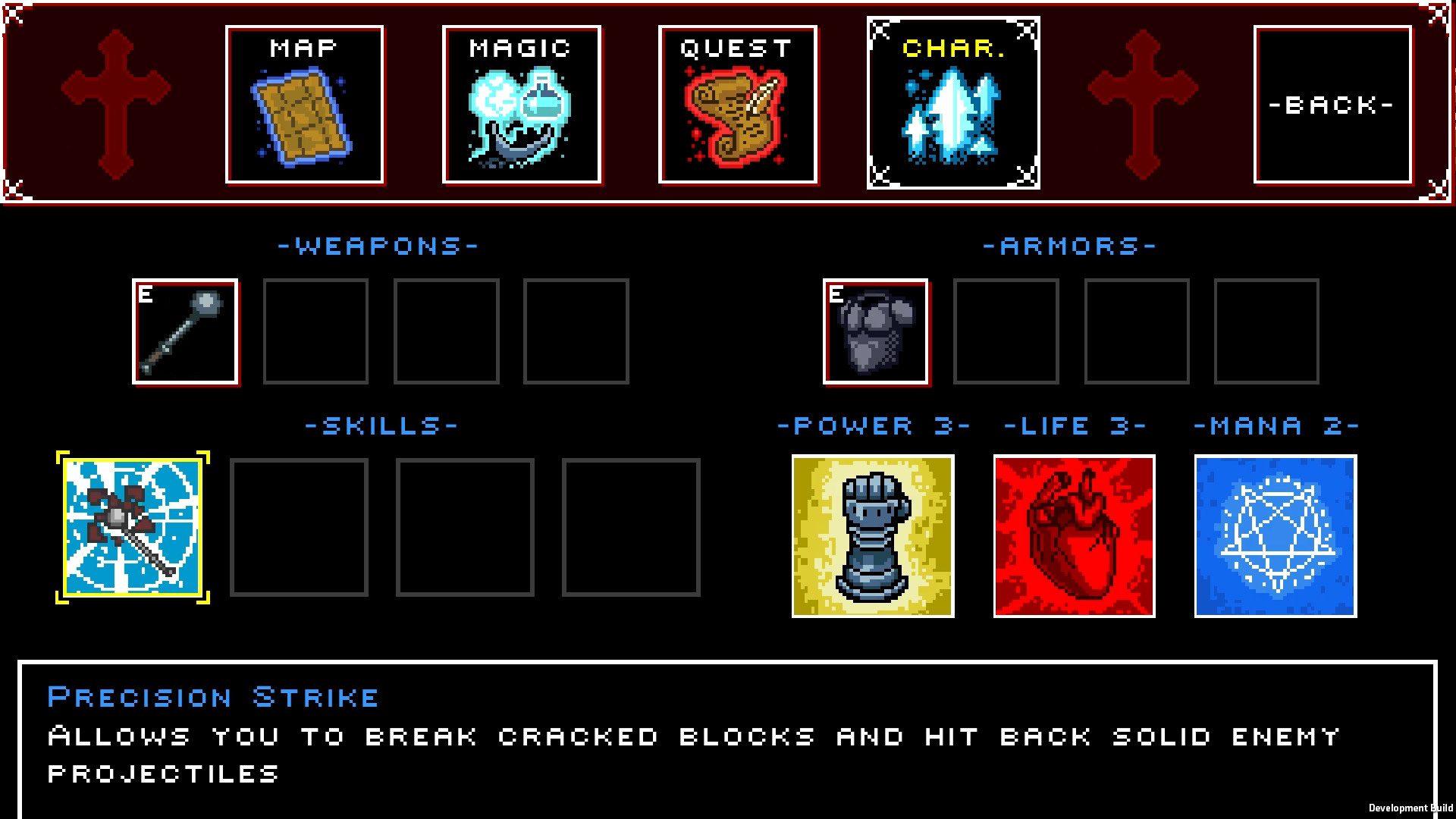 According to the developer, “a single choice can change the game,” and Infernax has an open-ended world with “many secret areas to uncover” and “multi-endings based on the players’ decisions.” It looks like you can be a squeaky-clean hero or a total antihero, and I’m curious how black-or-white those choices might be. Either way, the retro gameplay looks fun. Gory as hell, but fun! And the old-school Castlevania scene isn’t too crowded.

Infernax will release on PC (via Steam), Nintendo Switch, PS4, Xbox One, and Xbox Series X/S in Q1 2022. I can’t say I’m completely sold yet, but I’m very open-minded about it.