Hands-on: It feels good to bonk pixelated monsters in this strange and evil land

While sprawled-out ‘vania games have blown up in the last decade, we haven’t gotten nearly as many tributes that are in line with the NES era of Castlevania, so I’m always happy to see more of ’em bubble up out of the indie scene. One game that really speaks to that retro style is Infernax, which made a good first impression with us last year.

Some would call Castlevania II: Simon’s Quest a mess, others say it’s beautiful, and I’ll borrow from both stances — it’s a beautiful, memorable, mystifying mess. Every time someone invokes its name, I have to fire up a YouTube upload of the soundtrack and bounce around enough to at least hear the catchy town music and iconic “Bloody Tears.”

Based on my recent time with a preview build of the game, Infernax has the look, feel, and overall trappings you’d expect — and that’s all I needed to know to be on board with it. 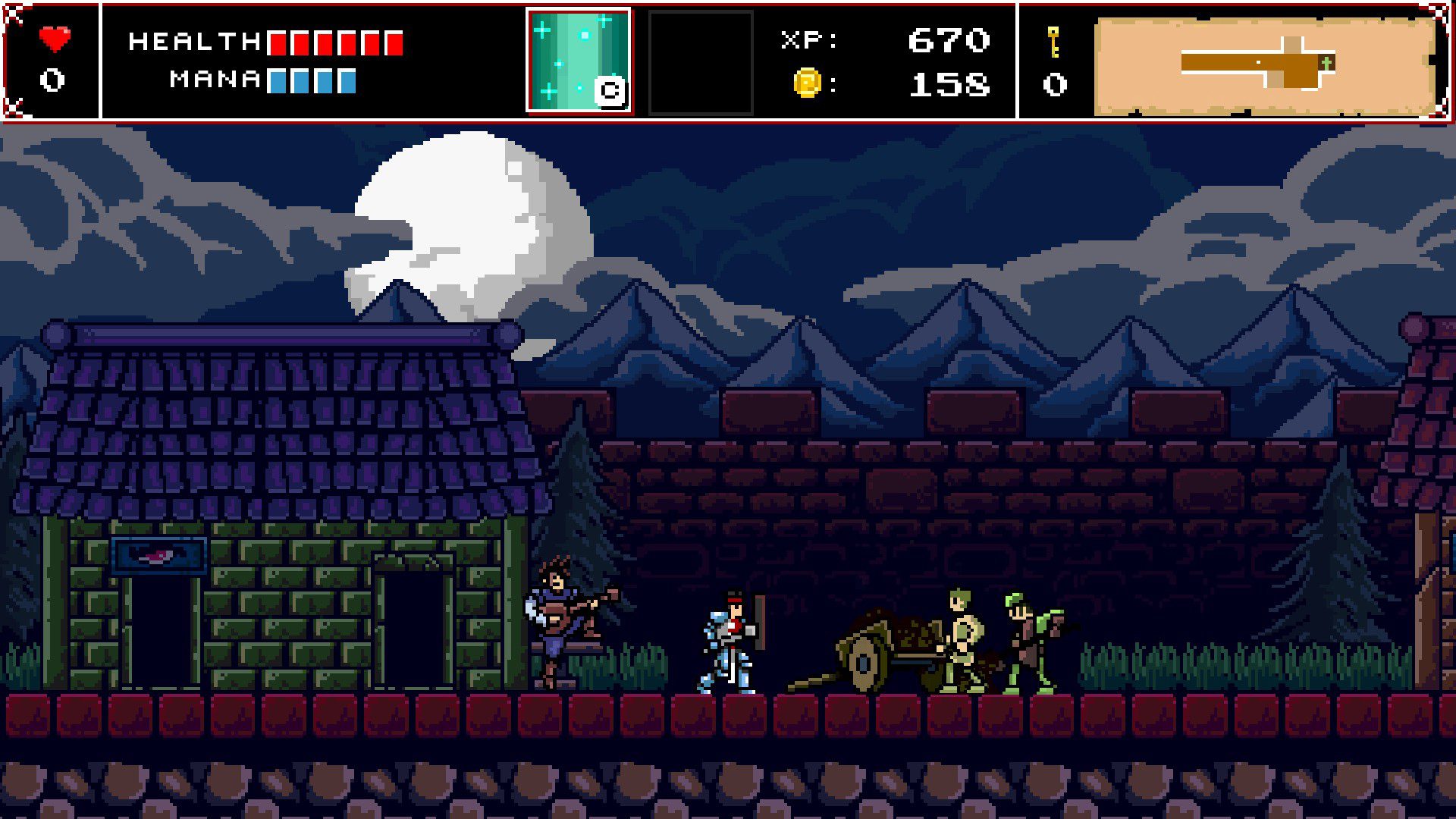 There’s a brief story setup with some cool pixel artwork, as shown at the top of this article. In short, a mad alchemist possesses a mysterious book, and our hero, Alcedor, has returned home to fight off the corruption. With evil afoot, there are skeletons to clobber, zombies to mash, floating eyeballs to squish, and meatsack bosses to outlast. The usual!

After jumping out of a boat and gaining control of Alcedor, I hopped back in to see if I could talk to a pixelated sailor. I could — and he shared the wisdom nugget that “You’ll drown if you fall in the water,” which is exactly the sort of reaction I was hoping for as a Simon’s Quest fan. Chatting up the local weirdos is part of the charm, especially in town.

The trailer for Infernax sets up a choice-based “good” or “evil” playthrough, and sure enough, I quickly ran into a villager who looked like he was about to turn into something vile. I was able to “Slay” or “Pray,” and my choice led to a mutated mini-boss fight. I’m curious how far we’ll be able to take things in the full game, but my curiosity is piqued. 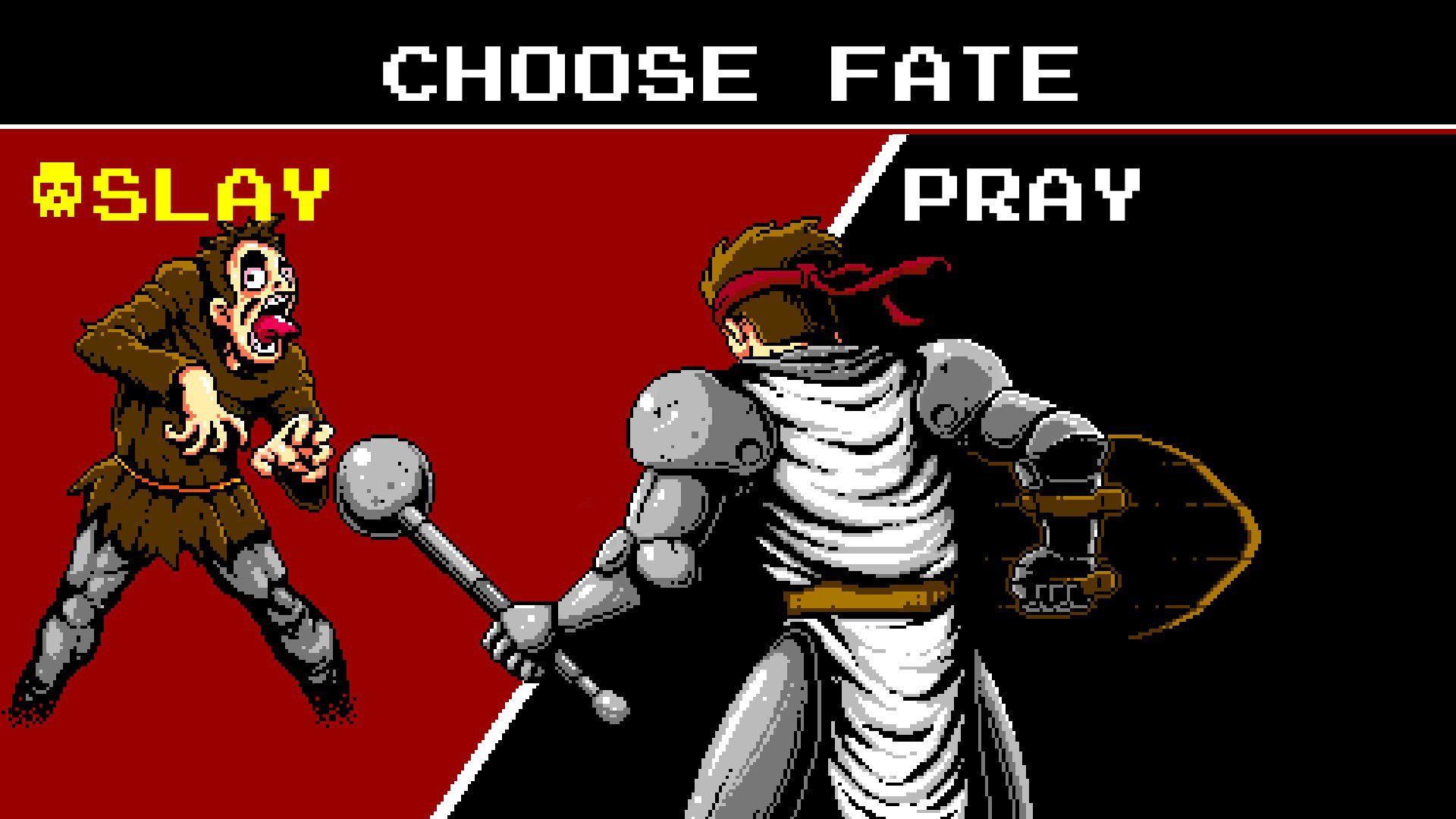 Early on in my time with Infernax, I had to fight the urge to grind for currency and XP. It was so tempting. I couldn’t resist jumping back and forth between screens to re-kill the same group of foes. At shrines, you can save and top up your health, and also upgrade your power, health, and mana. Early-game Alcedor is more fragile than you might expect, whether we’re talking death by a thousand cuts against basic creeps or big hits in actual boss fights. Interestingly, after death, there’s a Casual and Hardcore restart.

The Hardcore restart takes you back to your last manual save point, and it’s meant for folks who want a more authentic, unforgiving experience (and presumably an eventual achievement payoff), while Casual sends you immediately back into the fray — it’s a do-over. After choosing the Casual restart even once, the Hardcore choice is revoked.

I feel like I’ll probably go through Infernax with Casual restarts in mind to get a feel for everything without taking things too slowly, then circle back for another playthrough with patient, methodical, not-too-risky practices in mind to make the Hardcore clear feasible. You do you, though! Even with grinding, I feel like the game will likely get pretty tough. In the opening half-hour or so, I didn’t encounter anything I’d describe as “cheap,” so we’ll see what old-school action-platformer nastiness might be in store later.

Outside of bosses, including one that was part of an optional backtrack-at-night quest, the starter enemies were easy to take out so long as I wasn’t overwhelmed by pesky group-ups. Further into the preview build, one particular skeleton proved to be trickier in terms of its protected weak point and alternating movements, almost in a Zelda II sort of way, which I appreciated. (Nothing a lightning spell couldn’t help me handle; on a second run-through, I picked up a healing spell instead. Both of them felt powerful.) 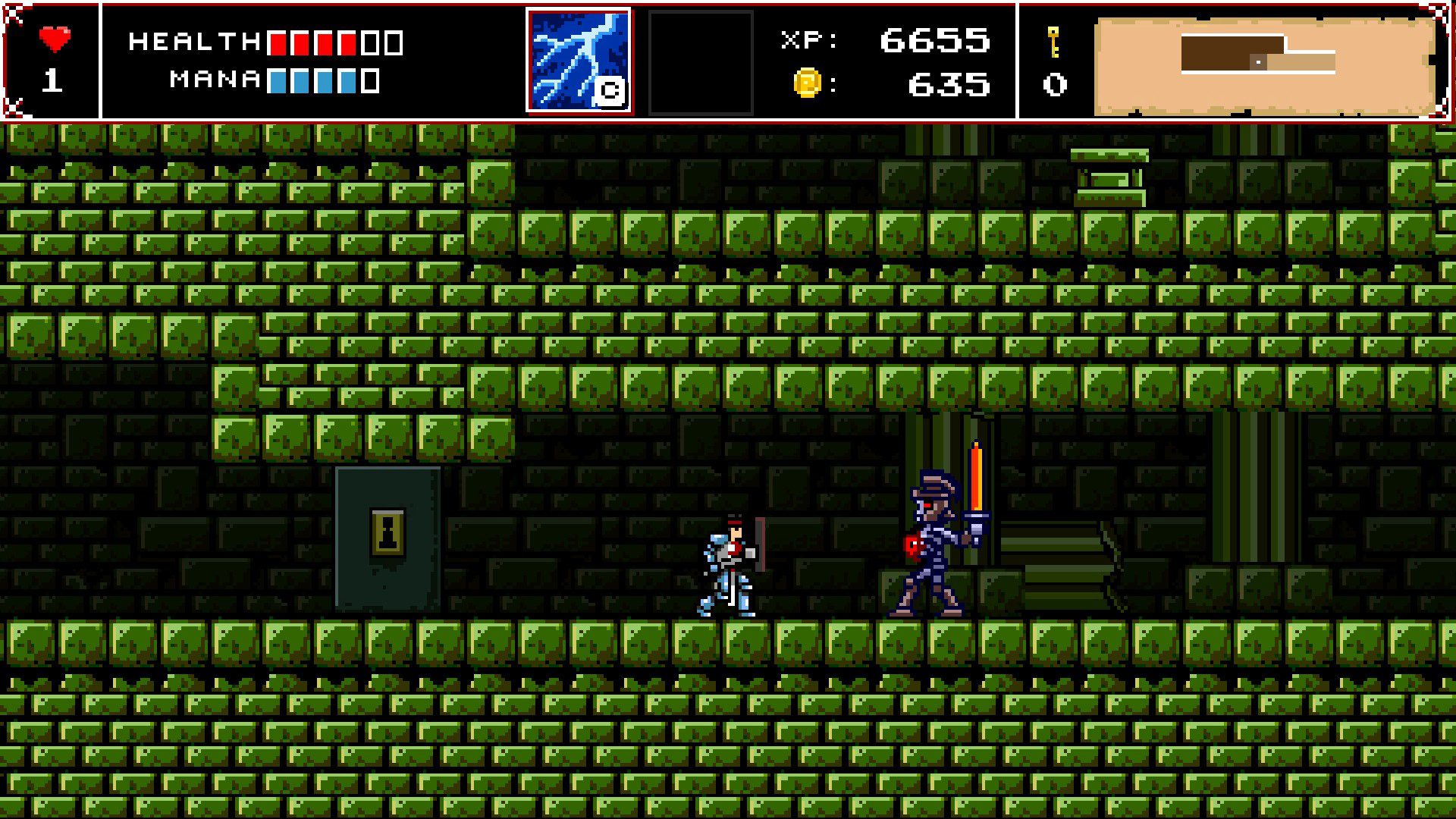 I’m not sure if there are any plans to release this slice of the game to the public as a demo, even just as a limited-time offering in, say, a Steam Fest, but I think it would sell people on Infernax. This brief run through a Castlevania-inspired playground made me realize how much I miss the series’ original vibe, even now in 2022. It feels just fresh enough.

Unlike the screwball Simon’s Quest, I’m pretty sure Infernax will be palatable to a wider audience. As much as I hope there are finicky secrets to figure out, I’m totally fine with (what appears to be) a less obtuse progression path. Enough breathing room for players to explore and make discoveries without leading them so astray that a guide feels mandatory — that’s my ideal balance. It’s got a fun darkly humorous tone to it, too.

I’ve scratched the surface of this game — the preview build ended quickly enough that I was compelled to play it over again without a second thought — but I can say that it’s on the right track. If you like old-school Castlevania, and you’re open to some more modern touches, chances are, you’ll dig this game. You made it this far into the article, after all.

Berzerk Studio and The Arcade Crew plan to release Infernax for PC, Nintendo Switch, PS4, Xbox One, and Xbox Series X/S on February 14, 2022.