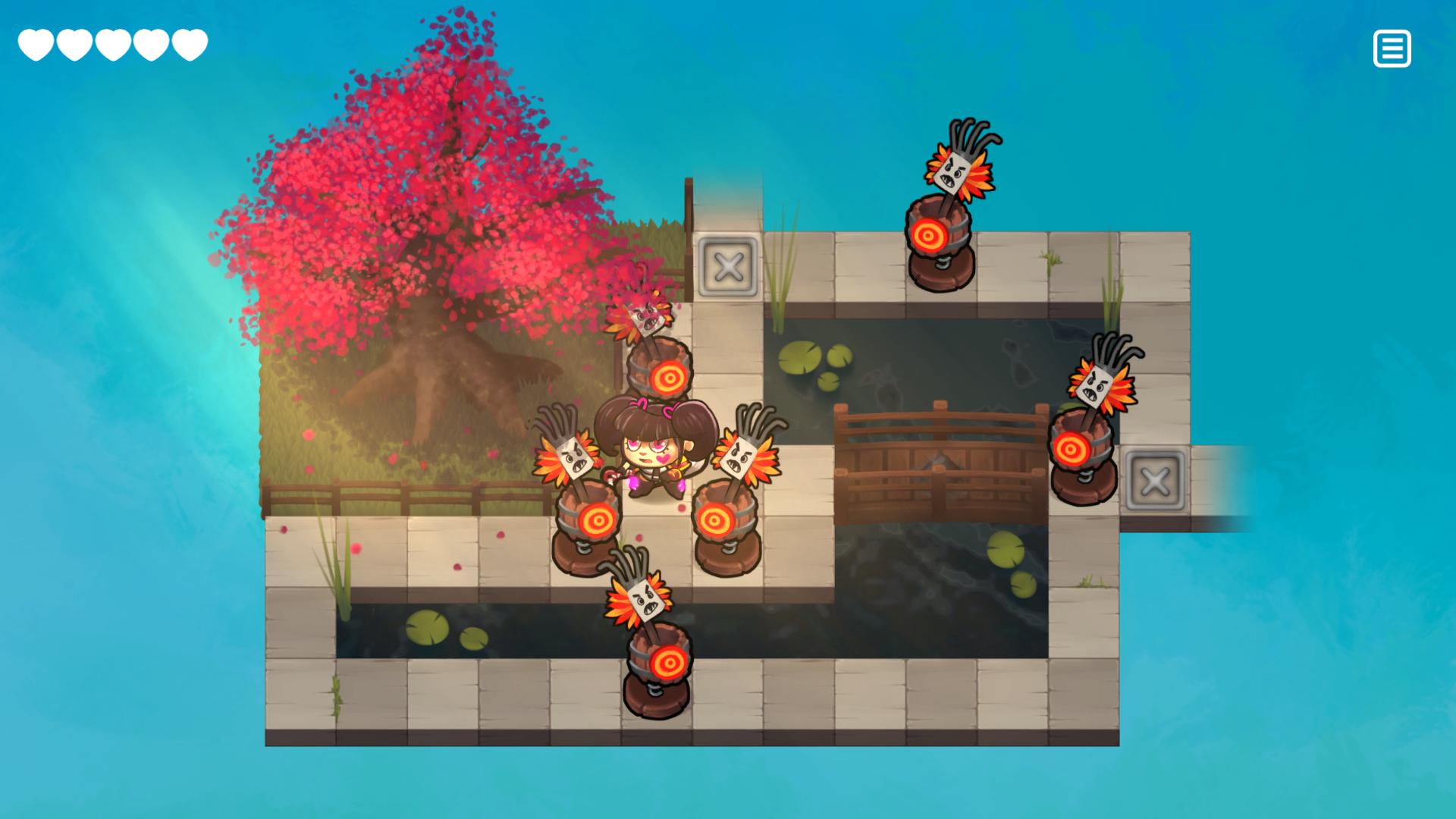 During GDC I met with a couple of lovely Brazilian gents from Cat Nigiri, a studio whose logo is a kawaii-looking kitty draped under slab of raw fish. The duo was showing off its commander-less Keen, a Zelda-inspired game that’s basically one big icy-floor-sliding puzzle.

Studio founder Caio Lopez explained how Cat Nigiri’s previous worked on a handful of mobile games (Kitty KItchen, Popeman), but it’s, “not what we wanted to do, we want to do better.” There are some realities to face when you live in a country where a mix of poverty and import laws make piracy commonplace and paying for games is the exception. Hence a stab at the North America market with what has been, so far, a well-received campaign on Steam Greenlight.

That kind of recognition when you’ve been working on a game in relative isolation, Lopez said, was welcomed. And well-reasoned. From what I played, Keen is complete pastiche, but not a bad idea.

Keen is a “fusion of puzzle and action” that’s “part Zelda-like dungeon exploring, part turn-based combat.” The tight, single-screen puzzle layouts (and star-awarded accolades, like for clearing a stage in under so many turns) hint at the studio’s past mobile experience, but as you pass the tutorial, these screens become pieces of larger, connected dungeons, not unlike the original Legend of Zelda.

Except that with Keen, everything’s about movement. Enemies (talking pastiche, it’s zombies and robots at the onset) only move when you do and only get a hit off if you land in an adjacent square to a live one. Kim will slash or stab depending on if there’s an obstacle in the path, as all of her movements extend until she runs into something in the environment. So each screen can be a mix puzzling navigation (with extra wrinkles thrown in like switches that need to be activated) and slashing up fodder.

Lopez said that a “normal stage” would be “the size of this tutorial [that I played],” if not larger. The bit I played ended with a boss robot that drops mines every time he’s hit, littering the playing field with extra obstacles. This structure lends itself to gyrating pacing, between zipping around slashing up fools to pausing, carefully calculating each movement and where enemies would move in kind. Additional enemies will not just be harder to kill, but add behaviors, like moving twice to your one step. Lopez assures that Keen is meant to be lean and that it won’t lean on padding and “filler,” which is always the right idea. If you think you might dig it, you can hat tip Keen on Greenlight en route to its early 2017 release.