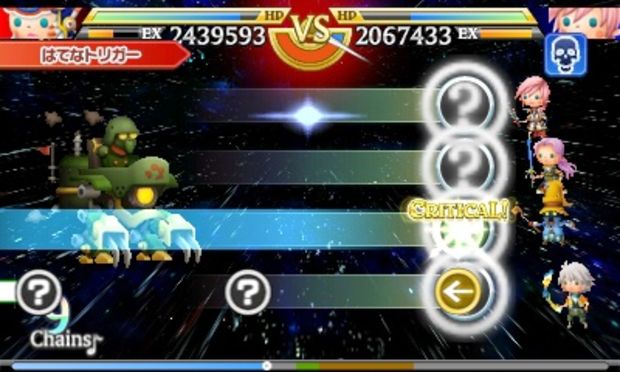 Theatrhythm Final Fantasy wasn’t perfect, but man was I glued to my 3DS for weeks on end playing it. On higher difficulties it tested my inner rhyhthm game skill, but reliving the nostaliga of my Final Fantasy endeavours was worth the entry fee alone.

This new trailer for the sequel, Curtain Call, makes all the right moves in tugging at those same nostalgia strings. Just bring it over here already, Square.