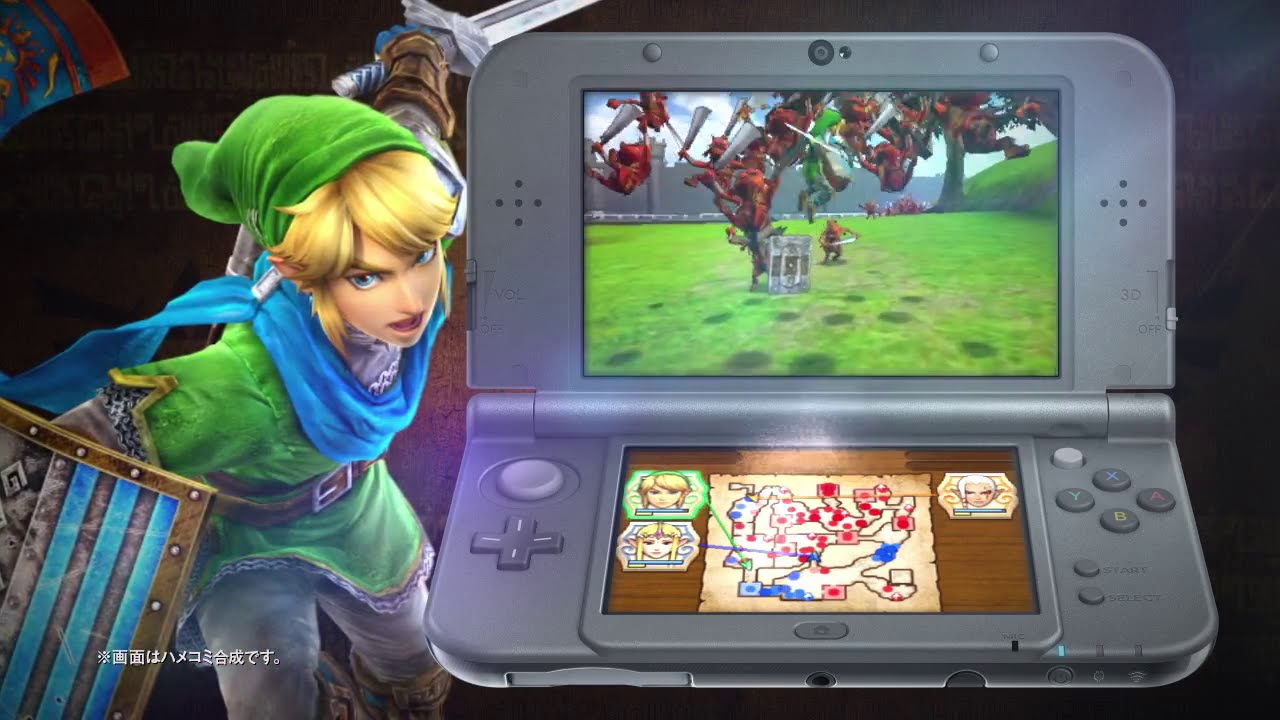 When Microsoft first announced that it was considering modular revisions for Xbox One hardware, I was actually somewhat on board with the idea. If done right, games would all run acceptably on the base hardware, with improvements on revised hardware and a second-hand market influx making entry level hardware affordable to a larger audience. It could completely shake up the way we look at console life cycles.

Then, Hyrule Warriors Legends on the 3DS had to come along and remind me that, in practice, hardware revisions are likely to end up screwing over consumers.

Last year in Europe and North America, Nintendo released the New 3DS. The New 3DS was a handheld with a little additional power and a few extra features, but essentially functioned as a standard 3DS for the most part. Certain games took advantage of the technology to run faster, while others were clearly labelled as requiring the new hardware to run properly.

Xenoblade Chronicles for example only runs on the New 3DS. The box says that, and it was known information from day one.

This brings us to Hyrule Warriors Legends. It is not a New 3DS exclusive. Nowhere on the box for the game does it tell you that you need a New 3DS to play it, or that you’ll be missing out on features if you play it on the base handheld.

The problem is, the game does not run properly on the base 3DS. It was designed for New 3DS, and ported down to standard hardware without proper attention being paid to if performance remained acceptable.

“On the New 3DS, Hyrule Warriors Legends seems to run at 60fps with the 3D off (with a less intensive engine to hold up compared to the Wii U), and roughly 30 with the 3D on. It’s very much playable, and although there are some framerate dips with the 3D, I feel like enough due diligence was done from the QA department to ensure that it was a smooth experience.

On the old 3DS however, it’s woefully slow. For starters, you can’t even turn the 3D effect on, period. Beyond that, the game runs sub-optimally at below 30fps at all times, and it wouldn’t surprise me if it ran in the single digits. I would not even classify it as “playable” on the old unit, and it’s very odd that Nintendo would allow this project to go through without being deemed a New exclusive just like Xenoblade.”

This is the problem I fear when talking about a hypothetical Xbox One Version 2.0 being released. If you develop an acceptable game for the base hardware and port up to hardware revisions, that’s not an issue, but once developers decide they can do the opposite without labeling the experiences as sub par, you run into major problems.

If Microsoft is serious about hardware revisions for home consoles, the only way I can imagine it working is with specific performance milestones that must be hit on the base version of the game. Otherwise, I fear Hyrule Warriors Legends might be a template for the downfall of mid-cycle hardware revisions.