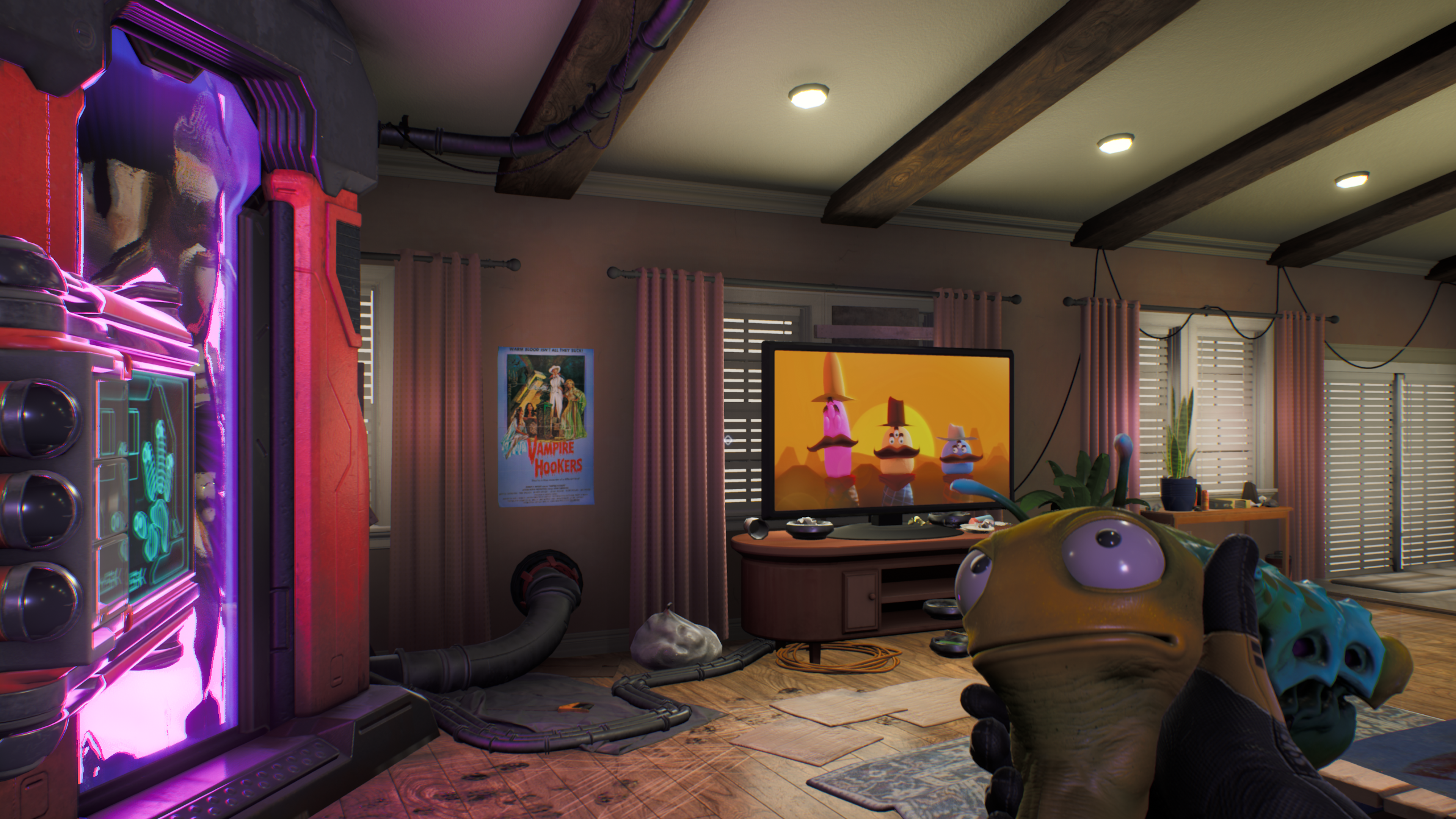 It’s another joke, but at least you get something out of it

High on Life has quite a few “wait and see what happens” jokes, and the Epic Legendary Prize Achievement is one of them. Here’s how to force it to trigger, where you can complete the achievement simply by waiting out the video. You’ll need to spawn the video with the robot, then watch the entire thing

Once Gene has “moved into” your house, the TV will be active, and you can watch various jokes/commercials/videos/movies on it. To get the Epic Legendary Prize Achievement, you’ll need to watch a specific video. After spawning in, if the right video loads, you’ll immediately see the robot in the above image.

The robot tasks you with waiting for a countdown, which he jokes-up a bit by counting up and slowly counting down in a scripted sequence. Wait roughly 10 minutes for the joke to play out, and the achievement will pop while you stand. Make sure you stay in the living room so you get full credit.

The fastest method I found to “farm” for certain videos is to set your bounty machine to the Human Haven, then walk in and out of it. The load times are very brief, and as you step back into the portal to your house, a new video will load. For an even faster “run,” just step forward a bit and walk backward once you’re in the Human Haven, back into your house.

The process took me roughly 10 minutes to find the video, but since it’s RNG-based (as the robot even muses on), it could take you more or less time. It is possible to get the same few commercials/videos over and over, so be prepared to wait. Then wait again.