What is Fortnite Skywalker Week?

It’s partly in the name! This is quite simply a week long celebration of the Star Wars franchise, with guest appearances from Luke, Leia, and Han: as well as Darth Vader. Note that it’s mostly a redux of past content, as lightsabers, a Darth Vader NPC miniboss, Stormtrooper NPCs, and other Star Wars items are in the mix, as they were several months back.

Now, onto the challenges! 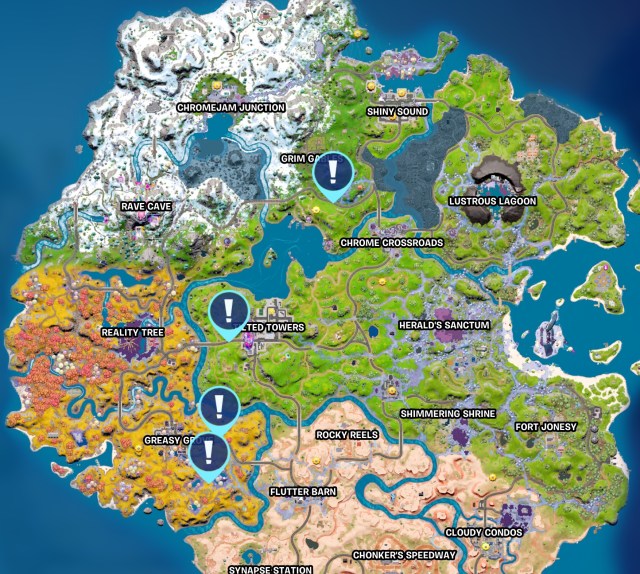 This is the driving force behind all of the below quests, as Star Wars chests are generally next to everything: including Stormtrooper NPCs.

Conveniently, key chest locations will show up on your map. Just highlight the quest, and the chest locations will appear. My recommendation is to go for the three chests in the south (heading north): that way you can finish the challenge in potentially five matches or less.

If you’re running into a large crowd at the southmost chest (where Darth Vader is): just go for the sole chest right above it.

There is no specification on who you need to block shots from, so any old NPC will do.

Simply go to a Star Wars chest location, and you’ll either find a lightsaber on the ground, or in said chest. Aggro the nearby Stormtrooper NPCs by hitting or shooting at them, then hold the block button (LT on Xbox) to fend off fire. You’ll pop the challenge in a few seconds.

Fortnite Challenge How-to: Complete a bounty from a Stormtrooper

You guessed it: head to a chest location, or just follow the marker on the map when higlighting this quest. Look for a Stormtrooper (they usually roam in twos) and the “speech bubble” icon on your minimap.

Speak to them and take a bounty: usual bounty rules apply, as you can clear this one even without technically completing it, if they die. The earlier you attempt this the easier it’ll be to clear it, as players generally die quicker earlier in the match.

In the past, Darth Vader would fly to a selection of locations at the beginning of a match, forcing players to look carefully and spot his ship before engaging him.

This time, Darth Vader is simply located in a singular area: south of the map. He’ll show up on the map when highlighting the quest in the quest menu. All you need to do is either kill Darth yourself, or participate in a skirmish. He’ll likely drop more Star Wars items that can be used to finish the rest of the challenges!

This is one of the easiest ones to complete, and has multiple stages (five in all).

Literally all you need to do is damage to opponents with anything themed after the event: notably blasters and lightsabers. If you want a consistent go at Star Wars weapons, just do this in tandem with the very first challenge: searching for chests. They’ll always grant you something, which you can then use to shoot enemies from afar, or hit them up close with the lightsaber’s melee capability.