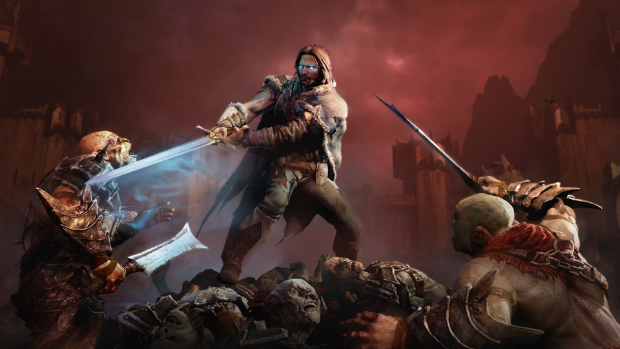 [Dtoid community blogger Genki-JAM shares an awesome story about his time with Shadow of Mordor’s “Nemesis System”, and holy shit do I want to play this game now! Warning: Minor spoilers below. Want to see your own stuff appear on the front page? Go write something! –Mr Andy Dixon]

I have a story to tell you all. This is about my time playing Shadow of Mordor. After playing it off and on over the course of 27 hours spread across four weeks, I finally finished the game last night. My story is a bit long, but I think it’s a story worth telling.

First, an explanation. Shadow of Mordor has this thing called the “Nemesis System.” This system allows you to create relationships with the various orcs you kill or are killed by. If they kill you, they get promotions, get stronger, etc. and are placed on a board of various orc captains.

Also, in this game’s story, you’re basically a zombie. You’re already dead, so when you die, you just come back and everyone remembers you and what you did. There aren’t any “game overs.” The game will just get harder for you because the orcs level up.

Now, with that explanation out of the way, let’s get into our story… 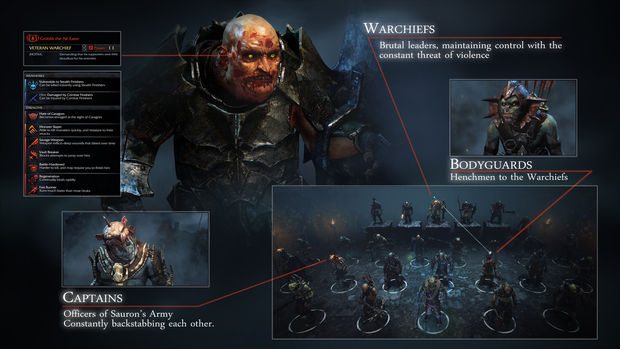 When I began the game, I was completely sucked in with just going around and wiping out orc captains. I wanted to completely clear the board because I figured there wouldn’t be anymore orcs to fight. I would kill captains, then move on. Things changed when I was finally killed by one and discovered what happens. Dead captains get replaced, other captains get promoted and stronger, etc. This also applied to the orc that killed me. That orc’s name? Uggu the Drunk.

Uggu was a nobody. He was a simple orc lackey who managed to deliver that lucky killing blow to me and got promoted to captain. I sadly don’t have any early photos of him because I didn’t think it’d be worth screencapping at the time. I had been killed by a few orcs by now, so I thought nothing of it. Only knew that when I saw him again, he was going DOWN.

So eventually we met again. I swiftly took him out and went on my merry way. Little did I know that he wasn’t TRULY dead. No, unless you do an execution move that slices off their head, there’s a possibility they will return. And “return” he did. While I was fighting some other captains in a stronghold, more and more orcs stomped in to join the fight. Then suddenly, the camera zoomed in on an orc calling me names.

“You thought I was dead! But now I’ll make you dead!!”

It was him. Uggu the Drunk. And he had a nice scar on his face from our last encounter. “Okay,” I thought. “Let’s do this!”

Amid the chaos of the brawl, he managed to get the finishing blow on me. He won the rematch and got a promotion. My anger was beginning to build. This drunk orc who spoke like an idiot managed to take me out. Fine.

So I started looking for him. I went after him. I took him out. BAM. You’re done. RIP.

But then he came back again! “I’ve got a pretty scar from the last time we met. Why don’t I give you one too?” Oh, and this time he had a weapon upgrade. His sword? Covered in poison. One hit and I’m already on my knees. He takes me out, gets promoted again. It is ON now.

Because of his weapon’s strength, he took me out a few times. It actually got to the point where I start actively avoiding him. I’m scared. He’s too much for me to handle since half of my current attacks just aren’t enough to stop him. He kept getting stronger and his orc entourage grew bigger! 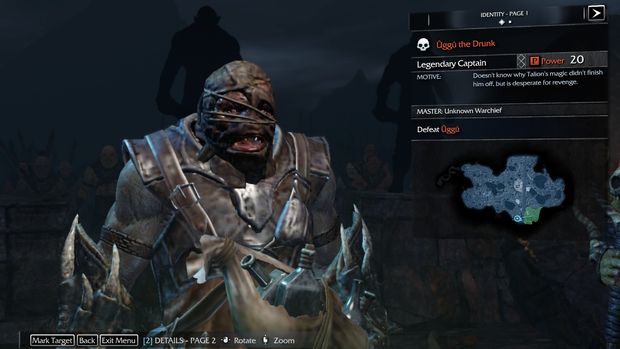 (This is when I started to take a few screencaps. I COULD NOT BELIEVE he was back again!)

Our encounters continued. He’d kill me and get promoted. Eventually, he became one of the Warchief’s bodyguards. It also just so happened that I was at the point in the game where I needed to start taking Warchiefs out. So, I go after a warchief and bam, there’s Uggu. Stomping right alongside his boss.

At this point, I didn’t really want to kill him. Not like this. I wanted it to be one-on-one. I wanted to slice his head off so he’d be gone for good. But of course, amid the fight with two captains, a warchief, and a ton of lackeys, he was taken out by a regular attack. 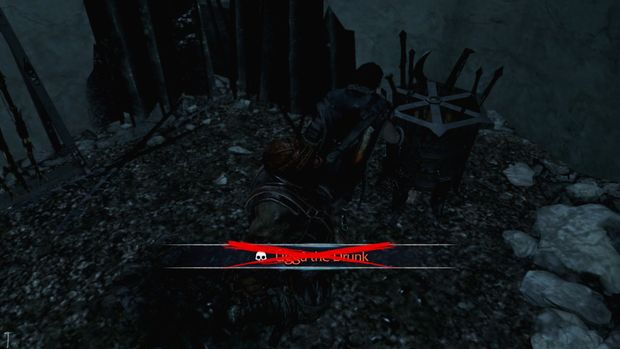 “I guess I’ll see him again soon…” I thought to myself.

However, later when I died from another fight, something happened on the Captains board. His spot was replaced! Normally when you take out an Orc and their dead spot gets replaced by someone else, they’re gone for good. I was sad. Sad because we didn’t end things the way I really wanted to. I wanted this glorious final encounter. I wanted to send his head flying after a heated fight. But apparently this was not meant to be. So long, Uggu…

So, the game continued. I was making new rivals left and right. For example, there was one orc named “Something the Runner” (I forgot). This dude was small, skinny, and ridiculously fast. Eventually, he not only got a poison sword, but also poison throwing knives. He would kill me constantly because I wasn’t fast enough to run away from him. That, and he’d throw poison daggers to disable me long enough to catch up.

Among all these new rivals, though, Uggu still stood out the most. Eventually, the game took me away from Mordor and put me in a new map full of new orc captains and warchiefs. Uggu became a distant, but unforgotten memory. I missed the drunken fool.

Hours and weeks passed and soon I made it to the game’s finale. It was time to take down The Black Hand of Sauron! But first I must take my army of orcs that I “Jedi Mind Tricked” into joining me and take down an opposing force led by… “My Nemesis?” Wait… i-is that… HOLY CRAP IT’S HIM!! 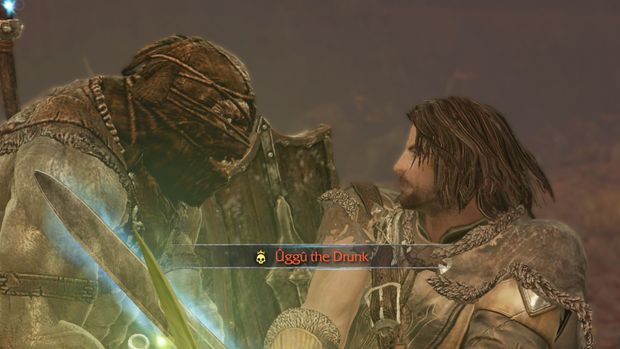 UGGU THE DRUNK HAD RETURNED! HE WAS DEAD! HE HAD BEEN REPLACED!

But at this moment, we were clashing swords again. For the final time. Army against army. Blade against blade.

THIS WAS WHAT I WANTED!! 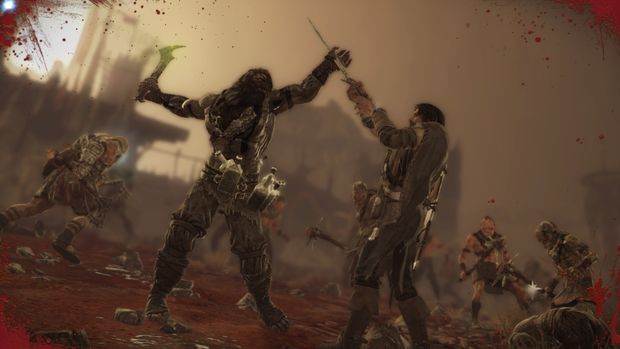 So an intense battle ensued. Orcs surrounding us while I did my best to make Uggu my focus. The entire time, emotions were welling up inside of me. I had a giant smile on my face the entire battle. This fight wasn’t about getting to The Black Hand anymore. This was me and my rival clashing swords for one last time. A rival who I had thought was long dead. It was frantic, crowded, and intense. Eventually, I whittled his health down enough that it triggered an execution-style QTE. 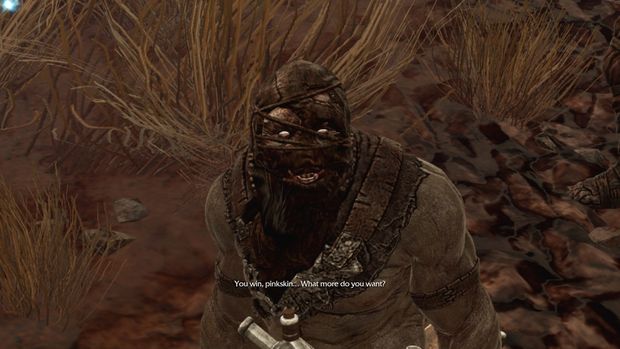 At this point, I had all these thoughts running through my head. “This is it. He’s going to die for good. I… I’m going to miss hi–OH CRAP I MISSED THE QTE!!”

Uggu rose with a renewed vigor. With some of his health restored, our fight continued. Then something else happened. Once I had his health down again, I meant to do the head-slicing execution move. Instead, I accidentally pressed the combo for the Jedi Mind Trick move. Now, normally captains are too strong for this to work right away. They usually cancel it. But Uggu didn’t. He took my Mind Trick and suddenly the fighting just… stopped.

Everyone stopped fighting. His orcs. My orcs. Everyone put down their blades and walked away. It was over. It was finally over. And instead of ending in blood, it ended in PEACE.

I started to wonder, “Did I really want to kill him anyway?” Maybe my subconscious made me mess up that execution QTE and made me use the Mind Trick finisher. I even wondered if maybe Uggu also wanted an end to the fighting. Maybe he was tired. Hell, his description had said even he couldn’t understand why he kept coming back. Maybe he saw me as the truly superior foe and wanted to give in and just finally be at rest…

After this fight, there were a few more boss battles and another “epic battle,” but NOTHING that followed resonated with me the way this fight did. Shadow of Mordor‘s “Nemesis System” let me craft my own story and relationships. And in the end, that fight was the true end of the game for me. Me and my bitter rival and nemesis… friends. 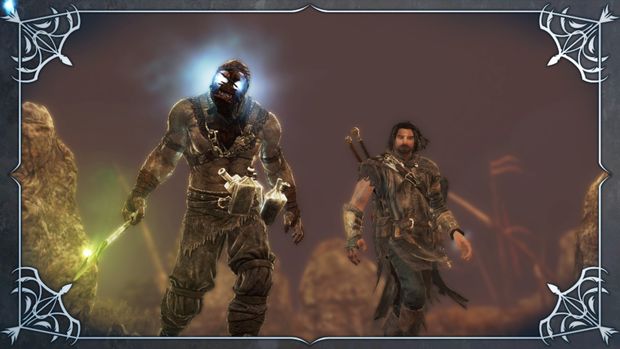 Filed under... #Lord of the Rings#Promoted stories