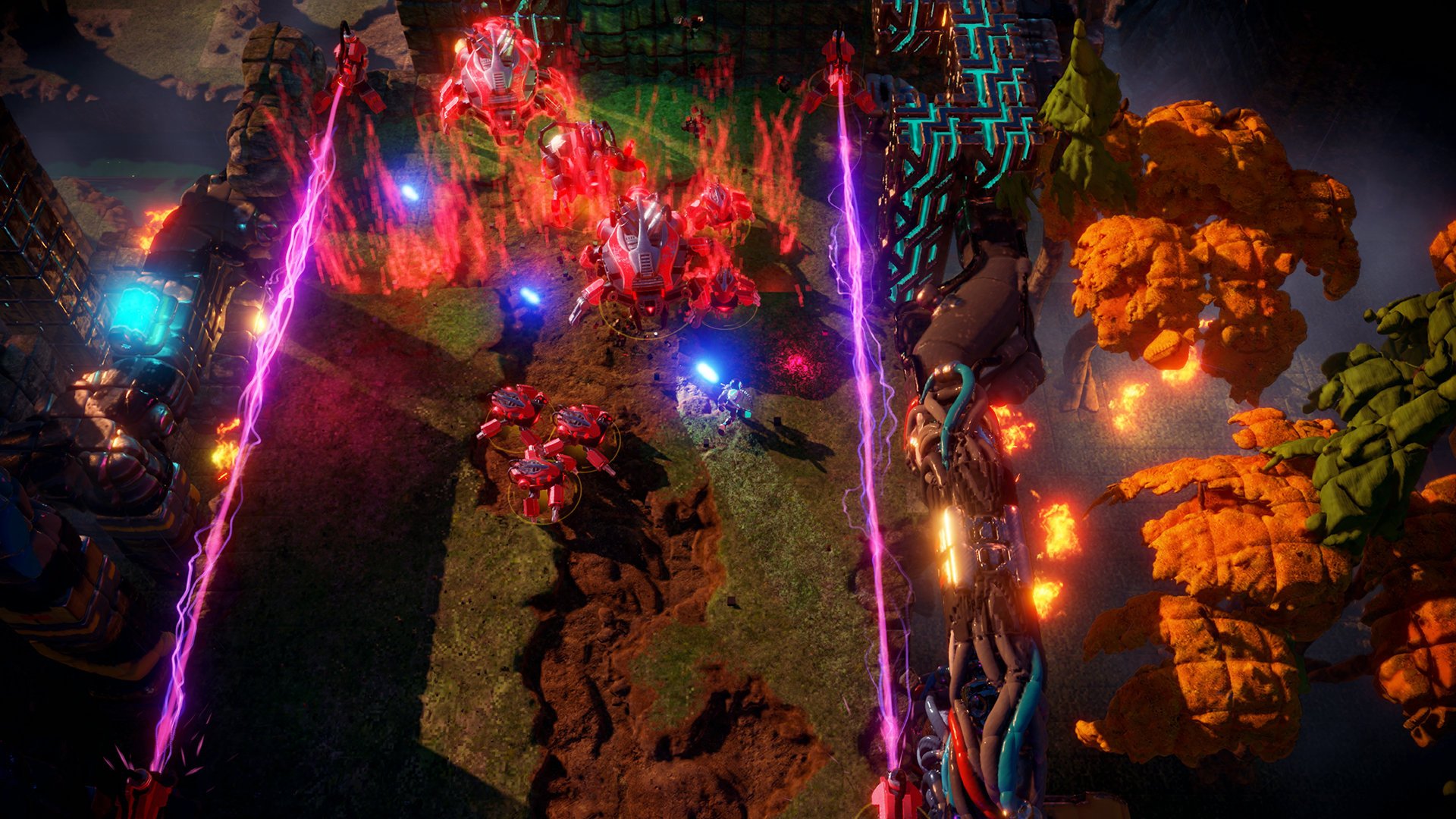 On top of the standard modes

Nex Machina is looking more and more like a crowd-pleaser among Housemarque fans.

The Resogun studio took to the PlayStation Blog today to discuss a few extras making it into the upcoming PC and PlayStation 4 top-down shooter. Most notable? Probably the game’s season system, in which players will compete for Ranks, XP, and Season Coins while facing different challenges that “[make] your gameplay experience a lot more skill-based and long-lasting.”

On that note, Housemarque designed Nex Machina such that the rules can be easily mixed and matched. “One example is the game speed, which can be adjusted to be twice as fast to really test how long you can survive — or you could have a challenge with enemy revenge bullets meaning that all the enemies would start spawning those, adding a new layer of reactive gameplay,” says the studio.

And, lastly, there’s going to be a replay mode. It’s just what it sounds like: you’ll have the ability to scroll through the leaderboards, study how your nemesis achieved their high score, and retaliate.