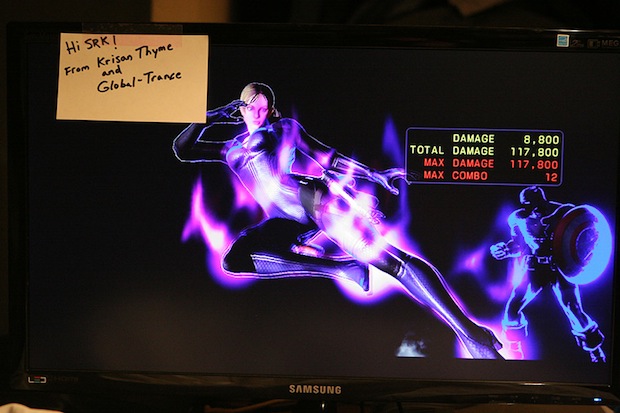 People have been having a good time digging around in the data on the Marvel vs. Cacpom 3 disk. Recently it seems that Jill Valentine was uncovered in the mix. One badass has done some work to make Jill playable by replacing her data with Viewtiful Joe’s.

Here’s how it was done, straight from the hacker’s mouth: This was a relatively simple hack. I decrypted the PS3 version’s executable file, changed some variables around, and replaced Viewtiful Joe with Jill. I then re-encrypted the executable and made a quick modification to the game-data MvC3 installs onto the PS3. After a bit more tweaking and poking at the game files, I successfully loaded her into the character select screen.

I bet Capcom’s gonna love that. It turns out that Jill’s data is incomplete on the game disc. Her assets are there (hee hee) but not all of the data and voicework are on disc. Maybe this is on-disc DLC (boo). Or maybe it’s just a scrapped character or unfinished character (hmm). Either way, you’re going to want to check out our gallery or this Shoryuken post for more details on Jill in MvC3.

Filed under... #Capcom#Hacking#Marvel vs Capcom