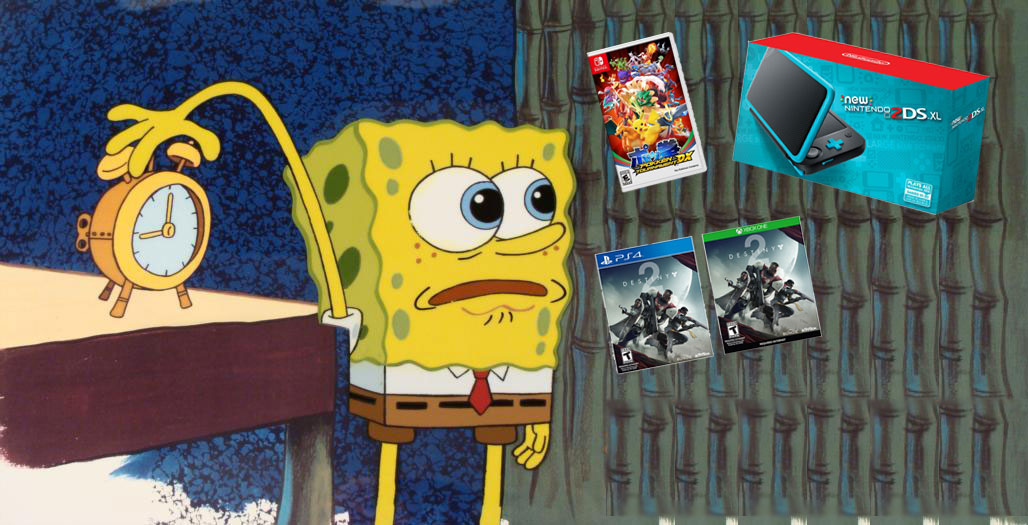 In a stupidly well-timed deal from LivingSocial today, the Groupon subsidiary is offering a site-wide 20% off coupon code. What’s extra spicy about this discount is that it applies for quite a number of video game deals, in particular the newly minted New Nintendo 2DS XL – cutting the price on the new handheld down to a ridiculously cheap $120 after using code TODAY20 at checkout.

Those of you Nintendo fans will know that discounts on Nintendo hardware are exceedingly rare and usually only happen during fluke sales event, such as the one today.

This is a today-only deal so if you’re interested in any of the items below, we’ll suggest acting sooner rather than later. Other noteworthy pickings include today’s release of Knack 2, tomorrow’s highly anticipated release of Destiny 2 for $47.99, and other pre-orders such as Pokken Tournament DX for the Nintendo Switch. At 20% off, it’s a good alternative for those who don’t have Best Buy GCU or Amazon Prime membership (because you only buy a game or two per year).

While shipping is free, don’t expect Destiny 2 to arrive on your door step in time for launch. If you don’t mind playing a few days after release, this is an easy way to pick up $12 off the PS4 and Xbox one copy of Destiny 2.

Update: Deals below are all expired as this was a 1-day only sale.

LivingSocial’s coupon code will run until tonight before midnight Central Time. It’s valid only on select deals and can only be applied towards one unit per transaction, with a maximum discount of $50 discounted. Deals are continental US only.