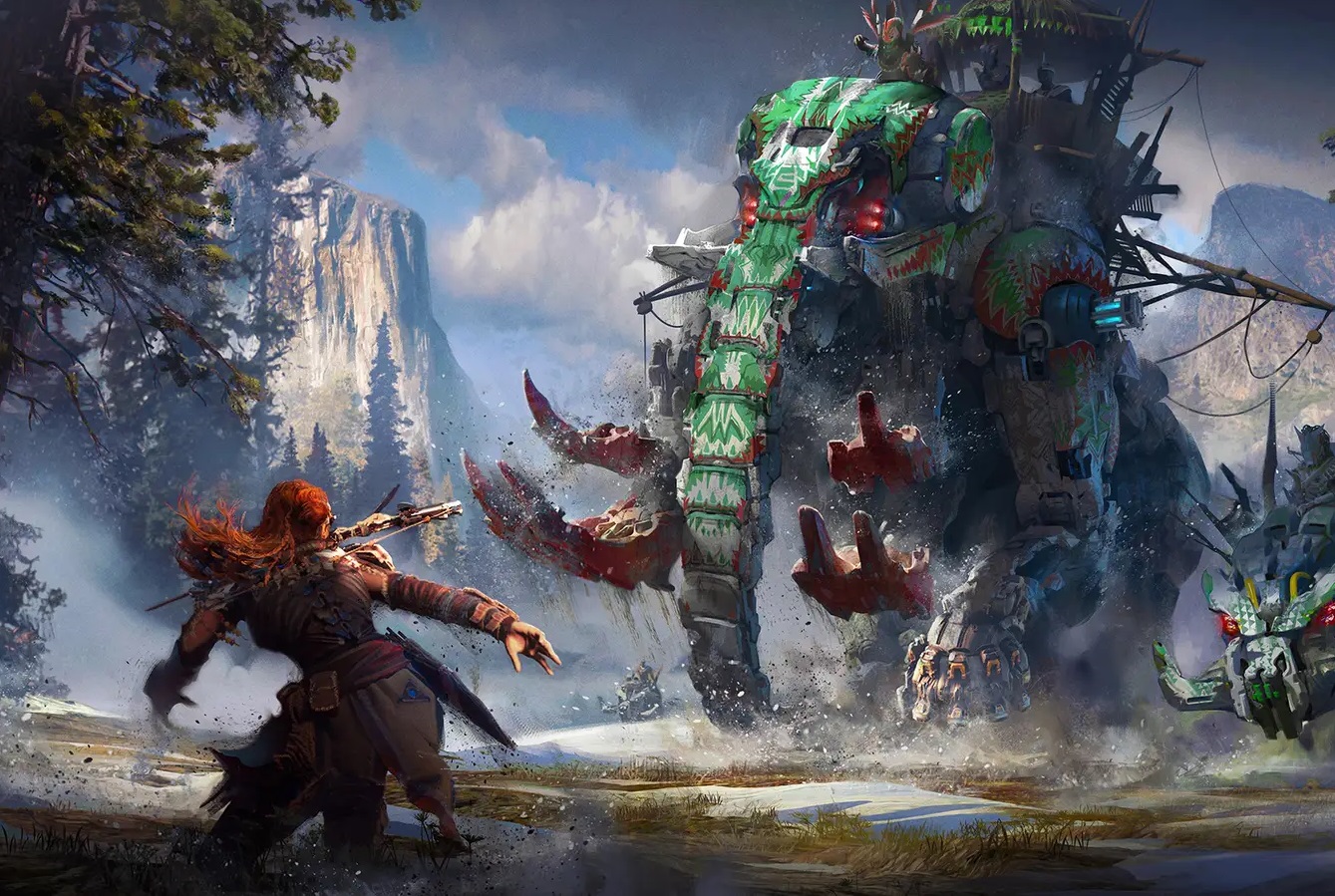 Developer Guerilla Games has released the latest installment of its dev diary, looking at the production of one of the most anticipated releases of 2022: Horizon Forbidden West. In keeping with previous installments, the new update features thoughts from the team of talented coders, artists, and composers responsible for bringing Aloy’s beautiful but hazardous universe to fruition — alongside several new clips of the amazing tribeswoman in action.

The new dev diary chapter focuses mostly on the intriguing and highly dangerous animal/android hybrids “The Machines” — metallic beasts of all shapes and sizes that have, unsurprisingly, become Earth’s most dominant species. The Machines, as Horizon Zero Dawn fans will be aware, are all based upon living creatures from all eras, ranging from today’s animals of land, sea, and sky to the furthest reaches of prehistory. While visually stunning, they are incredibly dangerous beings, with only the sharpest and most skilled of hunters having any hope of surviving a face-to-face encounter.

In Horizon Forbidden West, Aloy will encounter both familiar and brand new Machines — such as the agile and lightning-quick Clawstrider and the momentous mammoth-like Tremortusk. The team at Guerilla Games explains the lengthy design process that goes into each and every one of these enemies — from initial conception to in-game realization — with Forbidden West’s 25+ new Machines each going through multiple lengthy stages before they’re ready to terrorize our gal out in the wilds of the Forbidden West. Don’t sweat it. Aloy will have the tools to handle any given sitch.

“Aloy has many different types of weapons and ammunition available, and she’s going to need them all to beat the different machines!” says Asset Art Lead Maxim Fleury. “Without spoiling anything, every machine has multiple ways to be defeated. We tried to make it clear for players through the machine design, and added textures to show the weak points or interactive components. You’ll need to study each machine closely to find different ways to approach it.”

As you can see from the video above, (as well as our report on the previous dev diary) Horizon Forbidden West continues to look visually stunning and utterly compelling, with a world that is at once familiar and brand-new when compared to Aloy’s earlier adventures. You can check out more videos, as well as full comments on the creation and development of the new Machines, over on the official PlayStation Blog. I think that Horizon Forbidden West is shaping up to be a true classic of gaming’s newest generation. I can’t wait to dive back into its fascinating and intense fantasy universe.