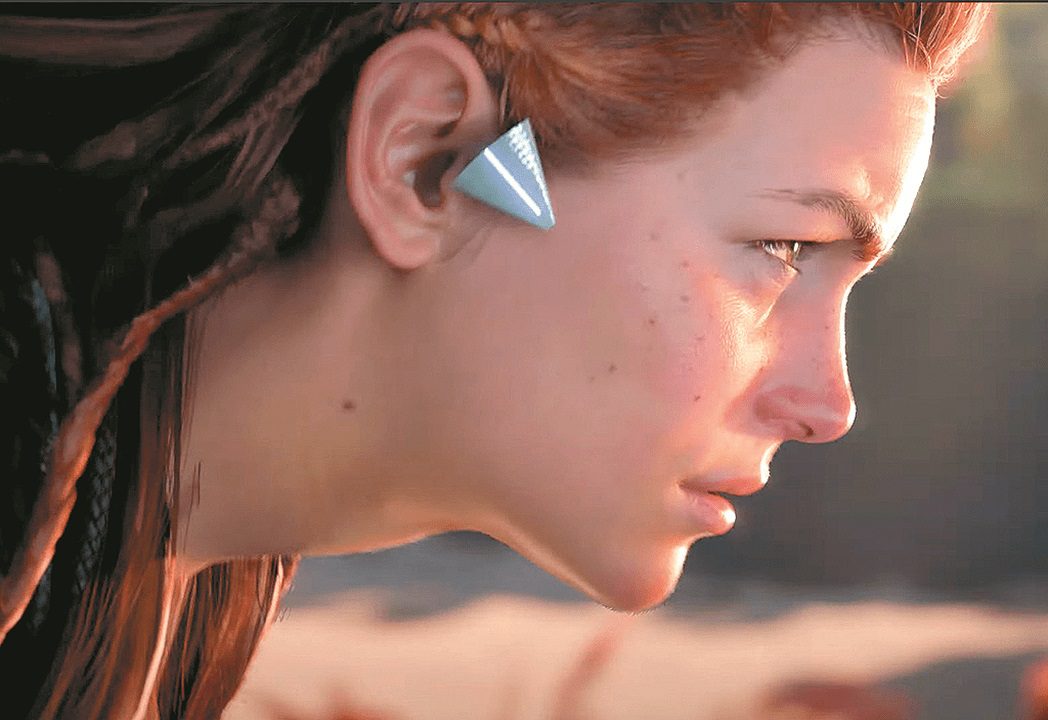 Seasons in the Sun

A huge chunk of the new Horizon Forbidden West developer diary chapter focuses on returning hero Aloy and her amazing traversal skills, which allow her to navigate the picturesque environment — whether she is picking her way through dense undergrowth, or leaping through the foliage at dizzying heights. Alongside her natural physical strength, Aloy will be able to employ her Pullcaster — a slick grapple-line tool — to access out-of-reach points, get out of a jam in a flash, or manipulate the environment itself.

In addition, Horizon Forbidden West‘s new “free-climbing” system will see Aloy able to scamper up pillars, plants, and ancient ruins in free-form movement — without the need for handholds — and thus making almost every part of the land’s rocky scenery accessible for Aloy’s passage, her escape, or even a perfect high ground for her ambush. Traversal will also play a part in many of Horizon Forbidden West‘s puzzles, tasking a player to negotiate labyrinthine forests and clifftops by finding the safest and most efficient route for our flame-haired gal. It seems that movement will play a huge part in Guerrilla’s sequel.

“There’s a number of other subtle yet impactful additions that enable more dynamic gameplay,” explains systems designer David McMullen. “Just to name a few examples: Aloy can wall jump, leap away from a climb surface, high vault, and more. While these might sound like small things, combined they make for engaging environmental challenges and more player options.”

“We put a lot of effort into creating more choice and depth for the players, and are super excited to see how people will play as Aloy with so many new possibilities of skills, weapons and gear she can obtain throughout the mysterious Forbidden West,” notes Zopfi. “We had a lot of fun creating cool and powerful combinations for players to discover, and we hope people will enjoy the game when it launches!”

Horizon Forbidden West is looking, quite simply, stunning. And with the power of the ninth generation in its corner, and the talented and passionate team at Guerrilla holding the reins, it would seem, (on PS5 at least), that we might be looking at a true pioneer of the new generation of gaming, as well as a certified system-seller. Even with the delay, Aloy’s new adventure is just around the next corner, and I’m very excited to step back into her dangerous but fascinating world.

Horizon Forbidden West launches on PlayStation platforms February 18, 2022. You can check out more information, along with more in-game footage and developer commentary, over on the official PlayStation blog.