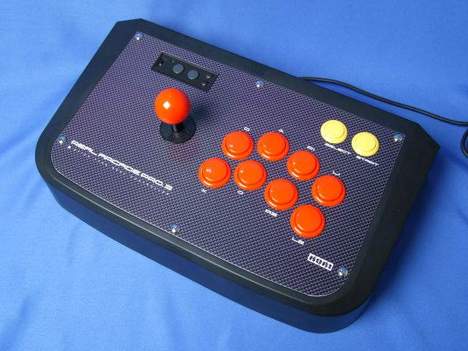 Japanese accessory maker Hori is releasing an arcade pad for the PS3, called the “Fighting Stick 3.” It’ll connect to the PS3 via USB port, and will run for about $45 USD for the cheapo version, while the high end one will run for about $70 USD, and even features a nicer name, “Arcade Pro 3.” The sticks will be available on January 8th, right around when Tekken 5: Dark Ressurection is coming out. This’ll also be nice for playing any old PS1 and PS2 fighting games, since it can get past the problem of having to press the Playstation button that other specialty controllers have been having.