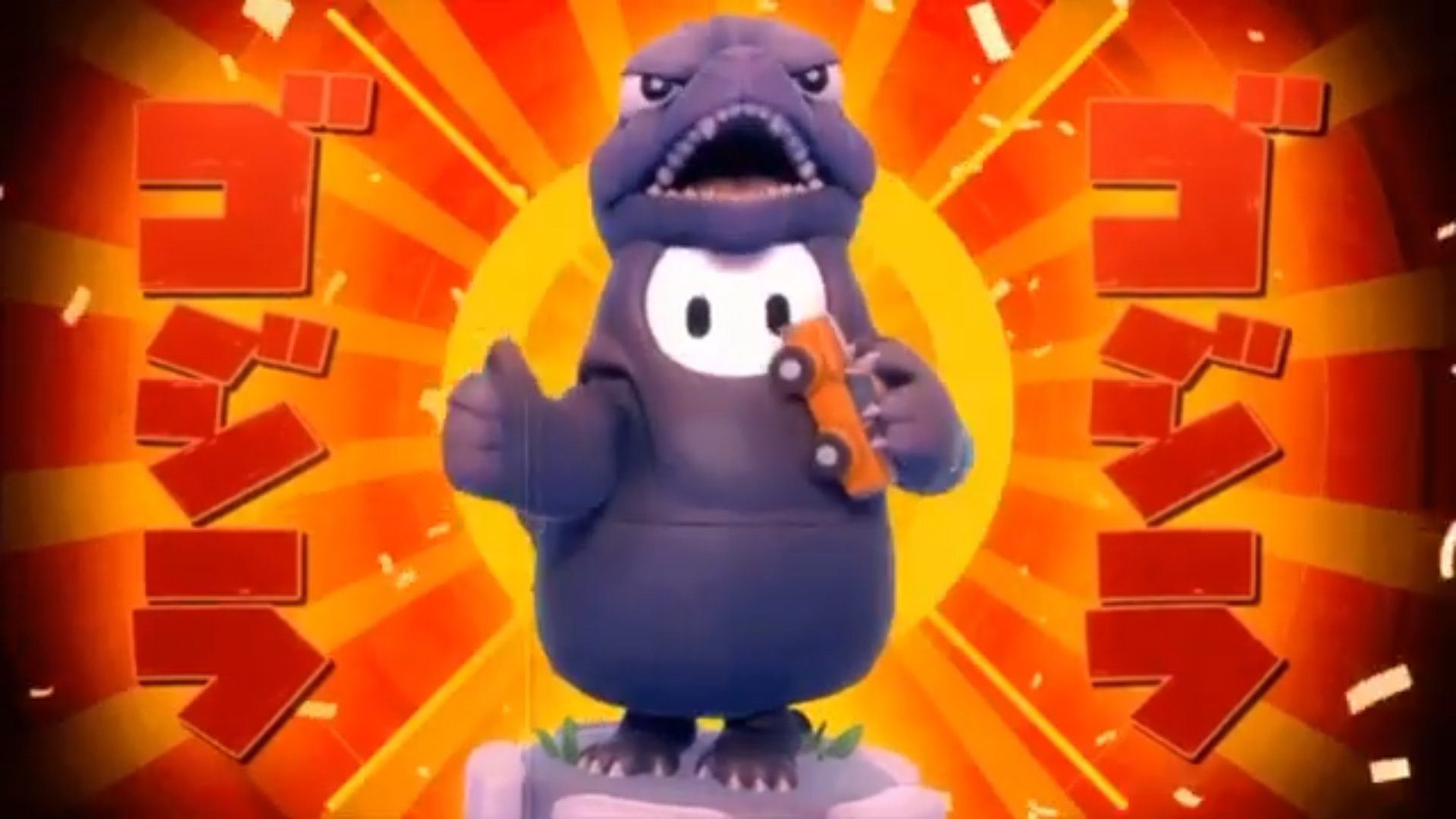 Let’s organize a match with 60 Godzillas running around

That headline goes for all of you just as much as it goes for me and my bad habits.

Don’t be tempted. Don’t waste your crowns on patterns, poses, or other frivolous shit you’ll never use (even though you secretly enjoy adding fluff to your collection). You gotta earn 10 crowns and hold strong until Tuesday, November 3 – that’s when Fall Guys is getting a sweet-as-hell Godzilla costume.

Better start getting your crowns together now ðŸ‘€ pic.twitter.com/cMgUdqHCgX

Why not unleash it this week, just in time for Halloween? November 3 is officially Godzilla Day.

Our minds will very much be elsewhere next Tuesday, and I’m as dread-filled as they come, but I’m still going to try to take a quick Fall Guys break with the King of Monsters. I have to show some respect.

As much as I still prefer to wear wild patterns over costumes (“as a symbol of my individuality and my belief in personal freedom”), I think I’m going to put on the Godzilla costume and never take it off.