This week’s setup belongs to VampireChrist. His game room contains an awesome custom Rock Band drum set, and a huge collection of games. I particularly like the guitar setup with the real guitar and the two videogame guitars. Check out more of his setup on his C-Blog.

As always, plenty of Community Blogs were made this past week and I’m here to highlight the best of everything from that accord. Hit the jump for best of the bunch.

What better way to start off the community highlights than with beer! AgentMOO likes to brew up beer and this time he made a Mr. Destructoid beer.

Last week, unstoppablejuggernaut was trying to sell off some of his toys and what not. Well it looks like plenty of people helped out the juggernaut and he isn’t stuck eating dog food anymore. Not that there was anything wrong with that. 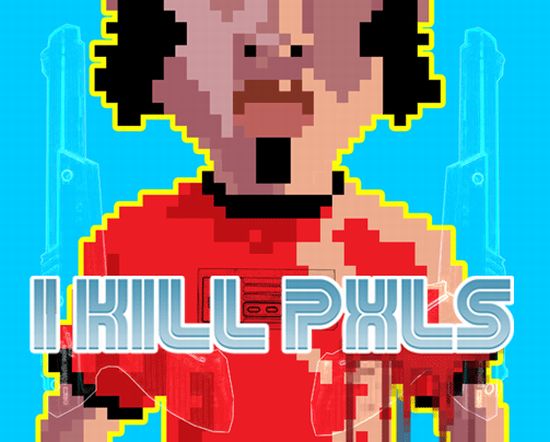 GuitarAtomik released his first album for free earlier in the week. It’s called Press Start and contains 11 tracks including the Destructoid theme song that won him Rock Band. The album is very good and if you can, donate some money to Guitar. I’m actually listening to the CD as I write this post up.

No doubt influenced by the recent NARPs and DtoidLosAngeles, UK Dtoiders are starting to organize. If you’re in the UK, keep an eye out on UKnarp for any time of meet up events taking place in the UK. In fact, something is going down this Friday.

Ceark has some 1080p quality images of the Destructoid graphic novel up on his own Web site now. I can’t wait to see what all the other artists add to this amazing piece.

AgentMOO makes another appearance and this time for his Maximum overdeath game. He was asking for input from all of you on who the next character for his game should be. Yes, I know it’s a hard to pick from a shark and an octopus … oh, and the other people.

Koobert isn’t a fan of rhythm games that are just slapped into games. And neither should you! Koobert points out a few games that were great, but had a stupid rhythm minigame added on for no reason.

Mr Wilson loves the new I Kill Pxls too. So much so that he modded Marvel vs. Capcom 2 for the Dreamcast so it now has GuitarAtomik’s music in the game. Instructions on how to get this to work are all on Wilson’s blog.

Cowzilla3 has lots of fantastic ideas. His latest involves a sort of book of the month club, but with games instead of books. The idea is pretty grand so hopefully this works out. The post got a lot of response from the community to so far, things are looking good. This will be starting up next month and I’m really looking forward to it.

Teta again shows how full of win he is by drawing tazarthayoot in his great art style. Also, Husky, stop playing WoW.
So wow, this is the third time GuitarAtomik is being mentioned today. Razerangel has started up a new column called The Destructoid Community Creators and it’s all about GuitarAtomik this week. Razerangel is going to try and focus on the talented artists of the community much in the same way HarassmentPanda is focusing on the talented writers from the community.
I’m not here to talk about aborto thefetus’s 10 things he learned last week. No, I’m here to talk about how epic the comment thread to his 10 things post is. And for the record, I don’t hate longcat.
Topgeargorilla got lucky. Meh.
Nick Chester is my boss so I shouldn’t make fun of him. But that rule is for the front page. Once you cross over into my territory on the C-Blogs, I become the boss. So Nick, why didn’t you just front page this extremely well written and though provoking article on PS3? What’s wrong with you? Sometimes, I think I should be Editor-in … oh, wait, Jack Thompson is calling again about Jim Sterling. Umm, nevermind, you stay Editor-in-Chief, I’ll just walk over here and not have to worry about crazy people. Seriously though, this is an interesting take on the PS3. A lot of the events I go to in San Francisco always have a heavy focus on the 360 version of the game. You’d be lucky to find a PS3 version of the same game at the game’s event.
AngelsDontBurn needs your help! He’s trying to get his band into Warped Tour and he needs you to vote for his band for this to happen. Look at it this way, if his band makes it, he’ll make another epic video … he better anyway.
Finally, I’d like to end the community highlights with a children’s story by the GHost. The GHost is an extremely out going person and one of the many things he likes to do is read to little kids. One of the recent kids he read to was extremely hyper and just couldn’t sit still at all. So the GHost decided to tell him of the tale of CTZ the shark and how he eats trolls. It’s a real adorable read and totally made my day Saturday.