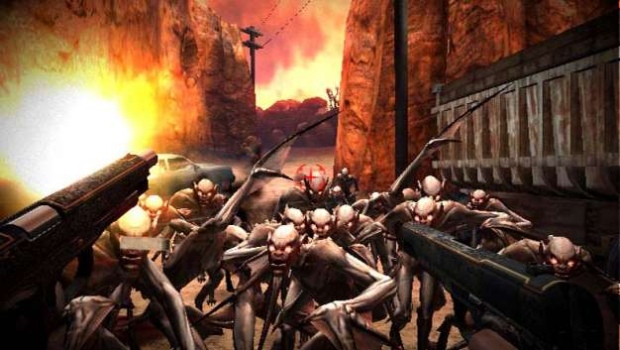 The guys at High Voltage have been a bit silent since E3 and the launch of The Conduit. After announcing The Grinder and Gladiator A.D. I’m sure they’re hard at work actually developing those games, but it seems they’ve got some news coming up.

In all likelihood the announcement will be something for The Grinder, but maybe they’re working on some big new game based on a massive franchise. Remember, before High Voltage got all big and famous with their attempts to actually develop good games on the Wii they were best known for their licensed games. It could also be that both of their upcoming games are making their way to other systems. Most likely just release dates and such, though. Don’t get too excited.