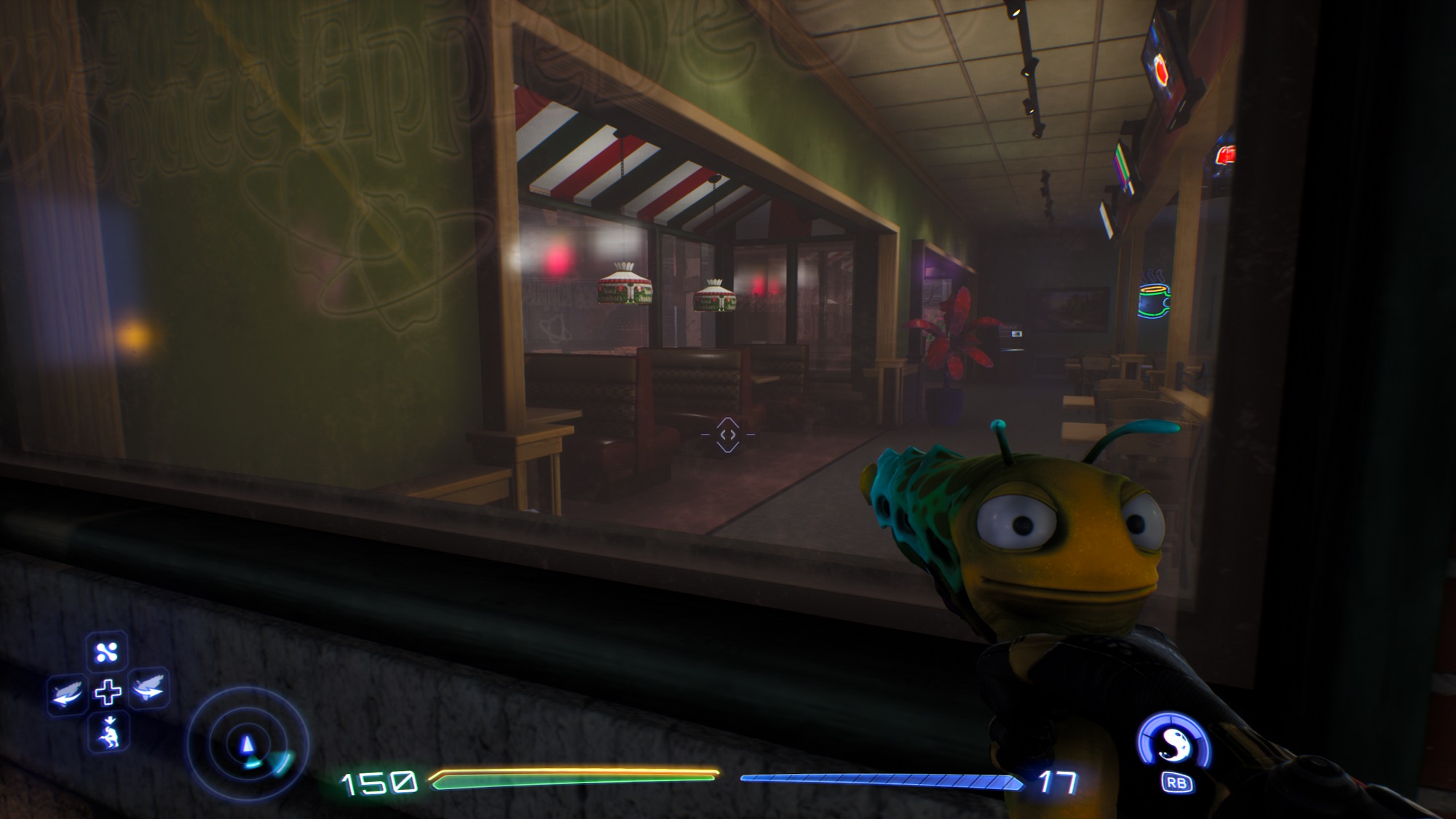 Waking up in the morning to the phrase “help I’m stuck in an Applebee’s” would normally be a terrifying prospect: but since it’s taking place in-game in High on Life, it’s a little less serious.

As pointed out by PCGamesN, some High on Life players seem to be having issues getting stuck in the Space Applebee’s location: one of the many absurd parodies the game offers. Normally you’re supposed to go inside the Applebee’s as part of the critical path storyline (which is normally closed/locked), then leave (with the option to pay your check). But some folks on Steam are reporting that they cannot exit the space, and are doomed to an eternity of eating digital jalapeno poppers and potato skins.

Here’s a great recap of one person’s predicament:

“I had just paid the bill in applebees and rescued a human in a cage outside of the store in the slums. i jumped into the portal where the humans go and was jetpacking up the ledges above them when i was teleported into applebees with all closed doors and no way out. i have reloaded save, stuck in applebys [sic] still. Reinstalled, same deal any way to get out of here??”

Not once did I expect to write anything remotely like this in 2022, especially since my nearest Applebee’s is abandoned.

This is one of many technical issues with High on Life

Jokes aside, I ran into many technical oddities in High on Life, both before the day one patch during the review period, and after. It really helps that it’s a Game Pass game, because spending $60 on this and having it glitch this badly for some folks wouldn’t be great! Hopefully there’s a patch on the way for the Applebee’s fiasco.

Filed under... #High on Life#Offbeat