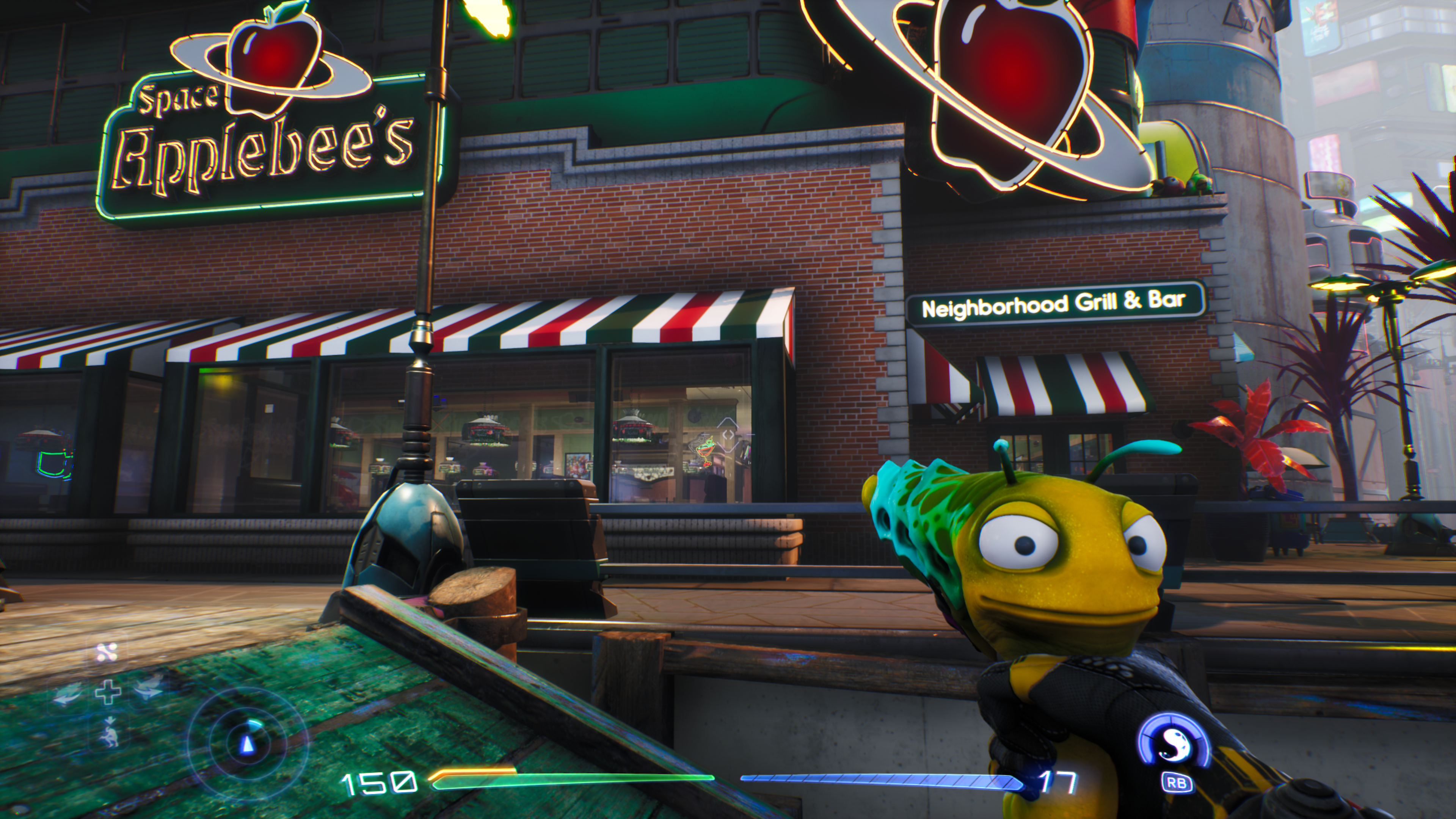 Eatin’ good in the neighborhood

High on Life has a few blink and you’ll miss it achievements: including ones that are literally missable. Make sure you keep an eye out for the Space Applebees story sequence, which takes place near the end of the game. Here’s an exact breakdown of when it happens. Step one: Progress in the story until Kenny invites you to the Space Applebees

After the Dr. Giblets bounty, return to your house to talk to Gene. Step two: Wait for the entire convo to play out, then manually interact with the bill on the table

Have your talk with Kenny about spoilerific story stuff: then wait until your sister shows up outside of the restaurant. Get up, then look down at the table and pay your bill by interacting with it (LB). This is your moment to actually trigger the achievement.

Note that the achievement is called “Eatin’ good in the neighborhood,” just in case you’re wondering if the right one popped!