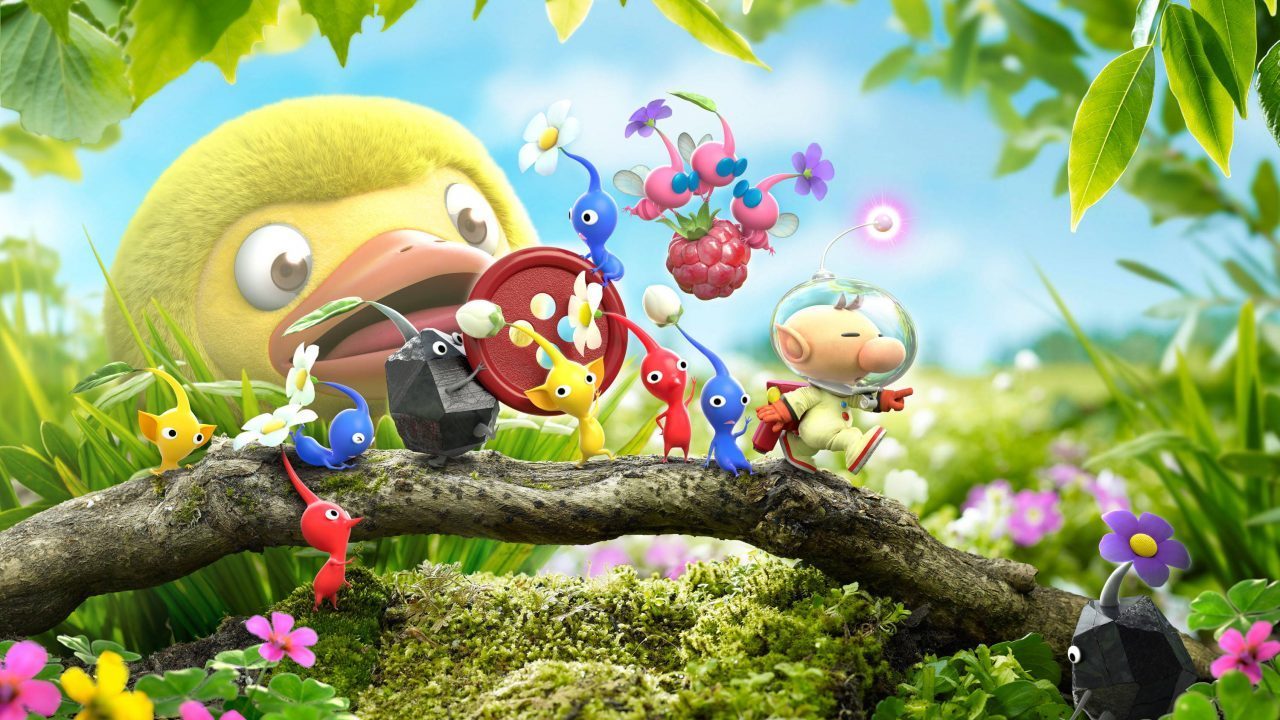 Nintendo loves to shove in amiibo support with nearly every game it releases now-a-days, so it was no surprise that Hey! Pikmin was going to end up with the feature. If you thought this was going to be reminiscent of Yoshi’s Woolly World and give you character skins, then you’d be mistaken. No, the amiibo functionality in the upcoming puzzle platformer is a bit basic, though at least it provides something to do.

Courtesy of a new overview video on Nintendo of Japan’s YouTube account, we can see that scanning an amiibo will place a statue of it in the level for you to find. Once you do, you’ll gain Sparklium that you can use in-game (whatever that does).

While I wish amiibo could be used in a more dynamic way with games, I guess not locking out major content is for the better. People got up in arms when Breath of the Wild kept Wolf Link relegated to the Twilight Princess HD figurine, but I found his inclusion to be minimal, at best (he was often a detriment). At least if you have a huge amiibo collection and intend on getting Hey! Pikmin, you’ll have a lot of extra stuff to find.

Hey! Pikmin – scan in an amiibo, search its statue in a level for additional Sparklium [Go Nintendo]