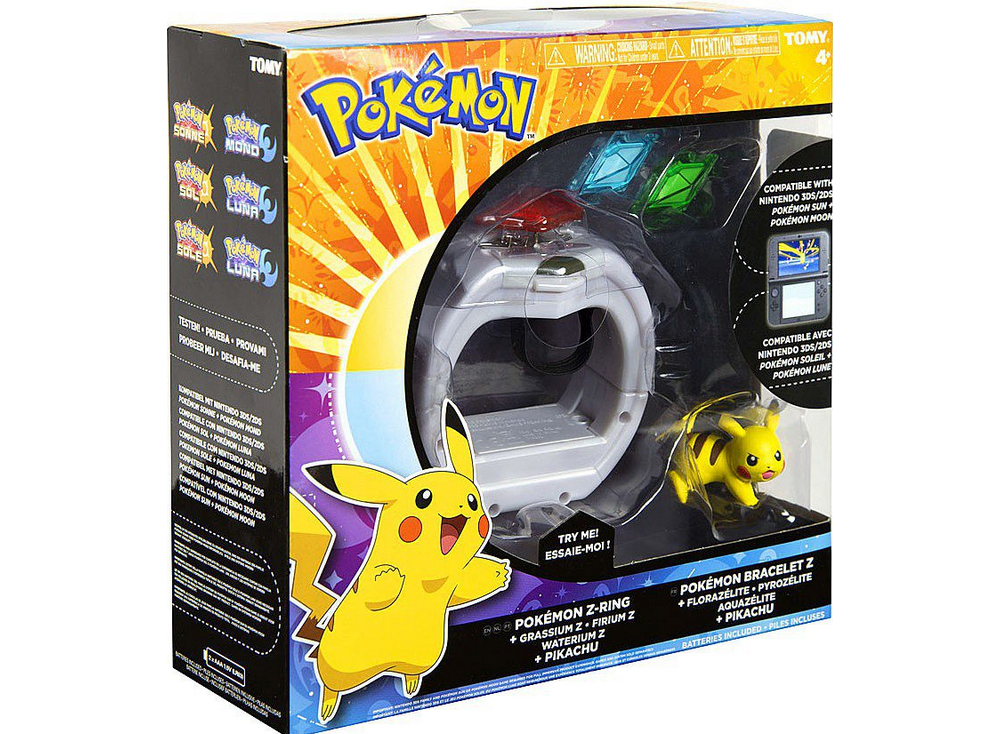 Several months ago pre-orders opened up for the Z-Ring accessory for Pokemon Sun & Moon, and for science, I put myself down for one. It’s literally a big piece of plastic that lights up when you use your Z-moves in-game, and can be kitted out with a number of different “type” crystals.

Now we know a little bit more about how it’s going to be packaged, as the core accessory comes with “Grassium Z, Firium Z, and Waterium Z” (as well as a tiny Pikachu toy), with other crystals being sold in three-packs.

It’s all reminiscent of Skylanders: Trap Team, and a common occurrence in this day and age with Toys-to-Life and cross-media empires like Level 5. It’s definitely overwhelming when there’s so much marketing left and right, especially when the toys directly impact the game. Though gating content through toys is a little more insidious than “optional flashing lights,” so I can’t be all that mad here with Sun & Moon.