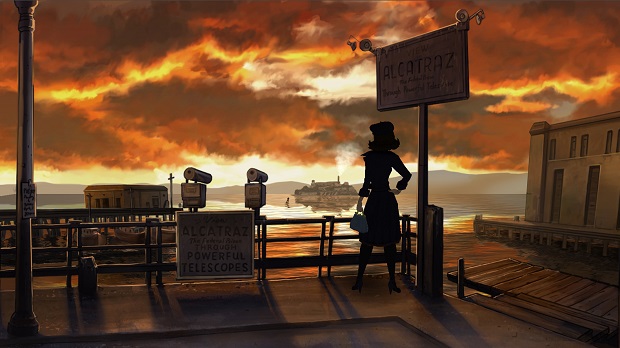 Alcatraz — has there been a more infamous prison? Immortalized in movies from the likes of Point Break to The Rock, the Bay Area’s notorious penitentiary hasn’t featured in too many games, so it’s exciting to see screenshots of Daedalic Entertainment’s new adventure game 1954: Alcatraz.

The studio behind 2012’s Yesterday has me immediately interested due to my love of the noir-ish setting and the tantalizing idea of breaking out of Alcatraz. The game stars Joe, who is eager to escape the harsh confines of the Rock after being sentenced to 40 years in prison after a successful armed robbery.

Joe’s plan relies on his wife Christine but she’s being threatened by Joe’s partner in crime Mickey, who want’s to know where Joe stashed the loot. It sounds like a great idea; busting out of Alcatraz has been the stuff of myths and urban legends and the setup sounds like there’s the opportunity to have multiple character’s working in tandem. We’ll see if Joe makes it out in late 2014.