Fly like you would in any open world game

When you first start Pokemon Scarlet & Violet, the vast world can seem overwhelming to traverse. Fortunately, you’ll unlock your mount right after the game’s tutorial, which you’ll spend most of the game riding. Shortly after, you’ll be able to upgrade your mount’s traversal capabilities even further.

We’ve already covered how to unlock dashing in Pokemon Scarlet & Violet, and gliding is unlocked in a similar fashion. This is tied to the “Path of Legends” story path with Arven, though this objective can be tough to complete. Here’s what you need to do. 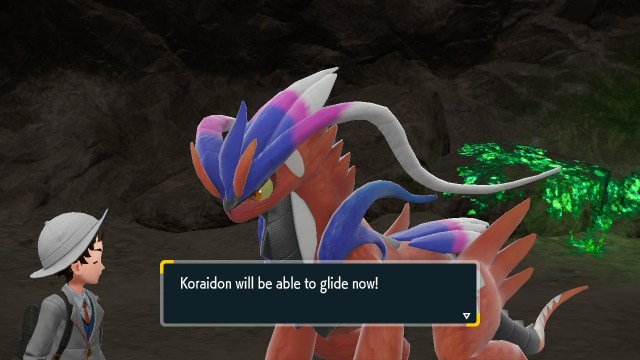 How to unlock gliding

Your target here is The Shaking Earth Titan, located in Asado Desert. There are no prerequisites to begin this encounter, and this Titan will always unlock gliding regardless of which Titans you’ve previously challenged. That said, this fight is deceptively hard. Your Pokemons’ levels should be in their mid-40s, though it is doable earlier with clever play.

If you’re looking to clear story objectives in order, you should challenge The Shaking Earth Titan 4th in the Path of Legends story. You can also clear 6-7 gyms and 3 Team Star bases to bring yourself up to speed. 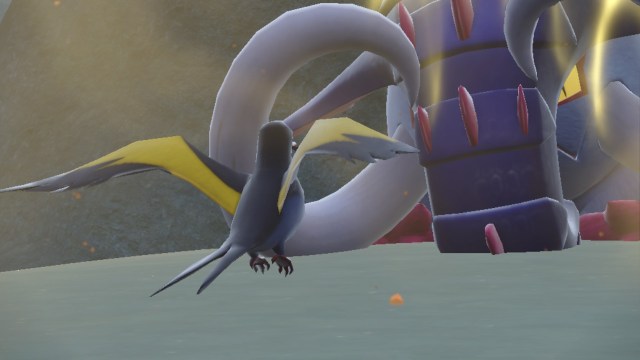 How to defeat The Shaking Earth Titan

After chasing the target down, you’ll begin an encounter with what appears to be a Donphan. Don’t be fooled because this is a regional variant that differs between Scarlet & Violet versions. In Scarlet, this encounter with be Ground and Fighting Type. In Violet, this will be Ground and Steel. Both will give you a healthy challenge.

Otherwise, this is the same drill as the other Titan Pokemon. You’ll fight this boss once by yourself, and then once more with Arven by your side. Afterwards, a series of cutscenes will play out, and you’ll unlock Gliding. To glide, press the B button when you are in the air to slow your decent. This will allow you to cover a massive amount of ground, especially if you leap from a high point like Glaseado Mountain. However, your rate of decent will increase the longer you stay airborne, so make sure you plan your flight accordingly.