Load in and talk to Tia Dalma

Sea of Thieves has a penchant for being a bit cryptic about how things are handled: which is generally a boon for a “do what you want” style open world game!

But since a lot of people are likely installing it for the first time in years today to partake in the new Pirates of the Caribbean DLC, I figured it was the right time for a quick refresher on how to start quests. 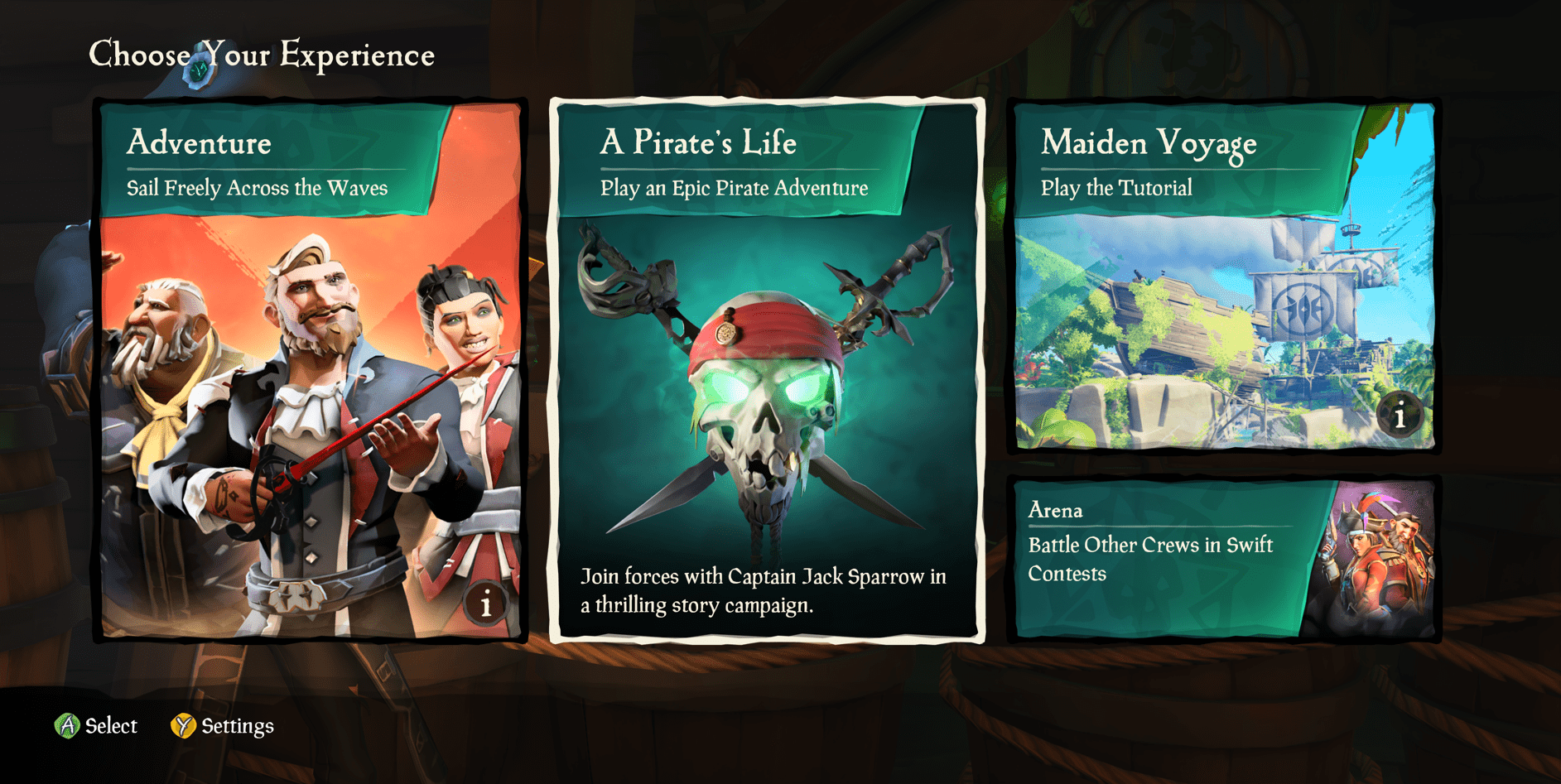 The first thing you need to do to take on the Pirate’s Life story missions is load it up from the menu, instead of the typical “adventure” game mode.

Once you selected it, you have the option of running a large or lean crew (and going at it solo for the latter). Pick whatever you feel like and then you’ll load into an outpost (a quest/vendor hub).

After you’re in via the Pirate’s Life menu, you’ll see “The Castaway,” who is basically Tia Dalma by way of Sea of Thieves.

While you can chat with her, you’re going to want to look at the wall and select a book to actually start the Pirate’s Life missions. The first one is “A Pirate’s Life.” After you complete each subsequent mission, you’ll unlock the next one. There’s five. 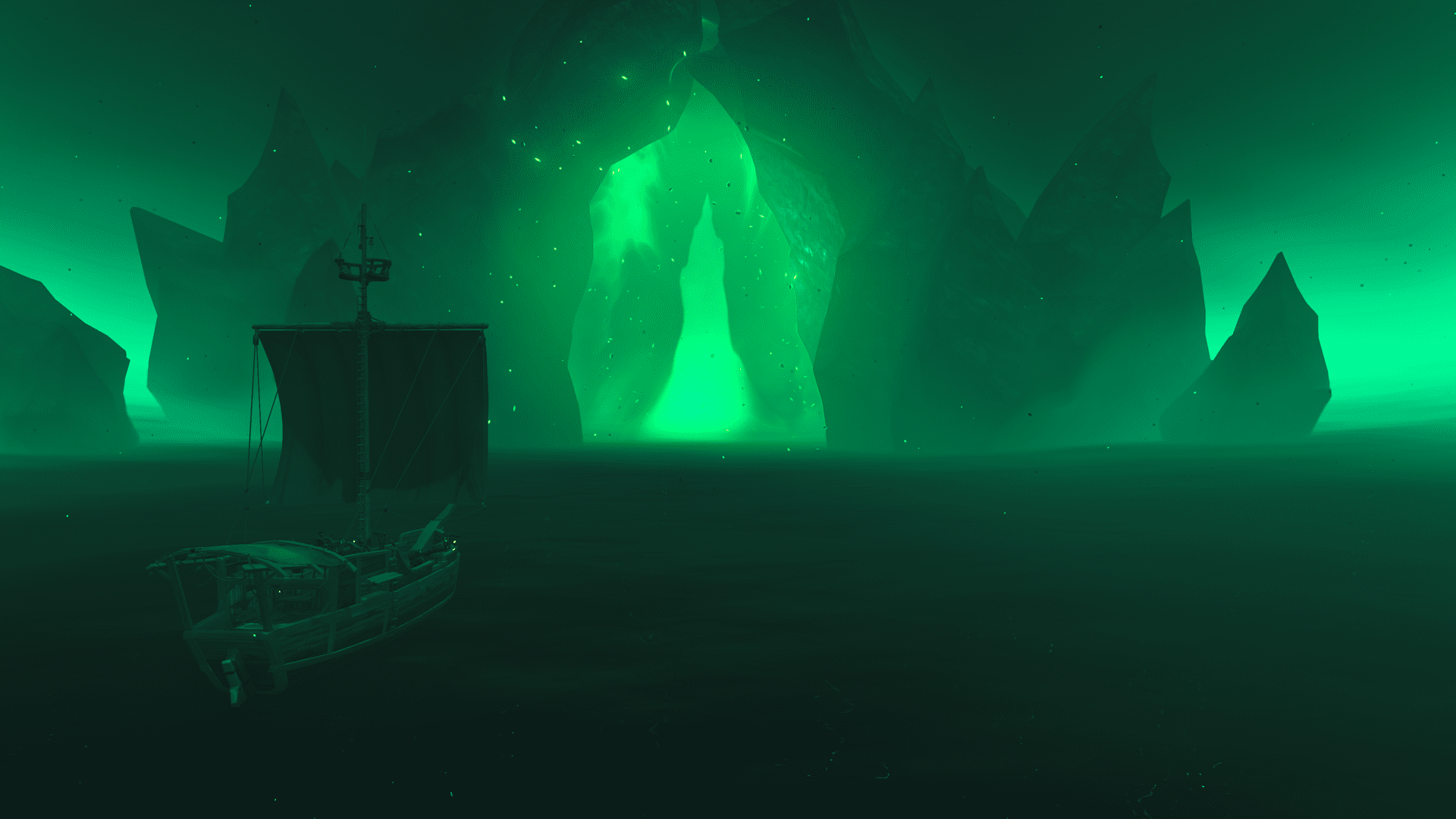 After you select the first one, talk to The Castaway and she’ll go on a little spiel, kicking off the mission. Head to your ship (which is at the docks right near her) and sail toward the giant green rock formation. You’ll get sucked in when you’re close via a cutscene and the first quest will start.

It start as a neat little homage to the Pirates ride at Disney parks, then spirals into its own narrative involving the formal Pirates crew. Once you’re done the game will throw you into the open world, but if you want to immediately start the next story mission; just quit the game (back button/”change view” on the left). After reloading the game using the Pirate’s Life selection again you’ll automatically start at an outpost, and you can select a new mission without having to find civilization.