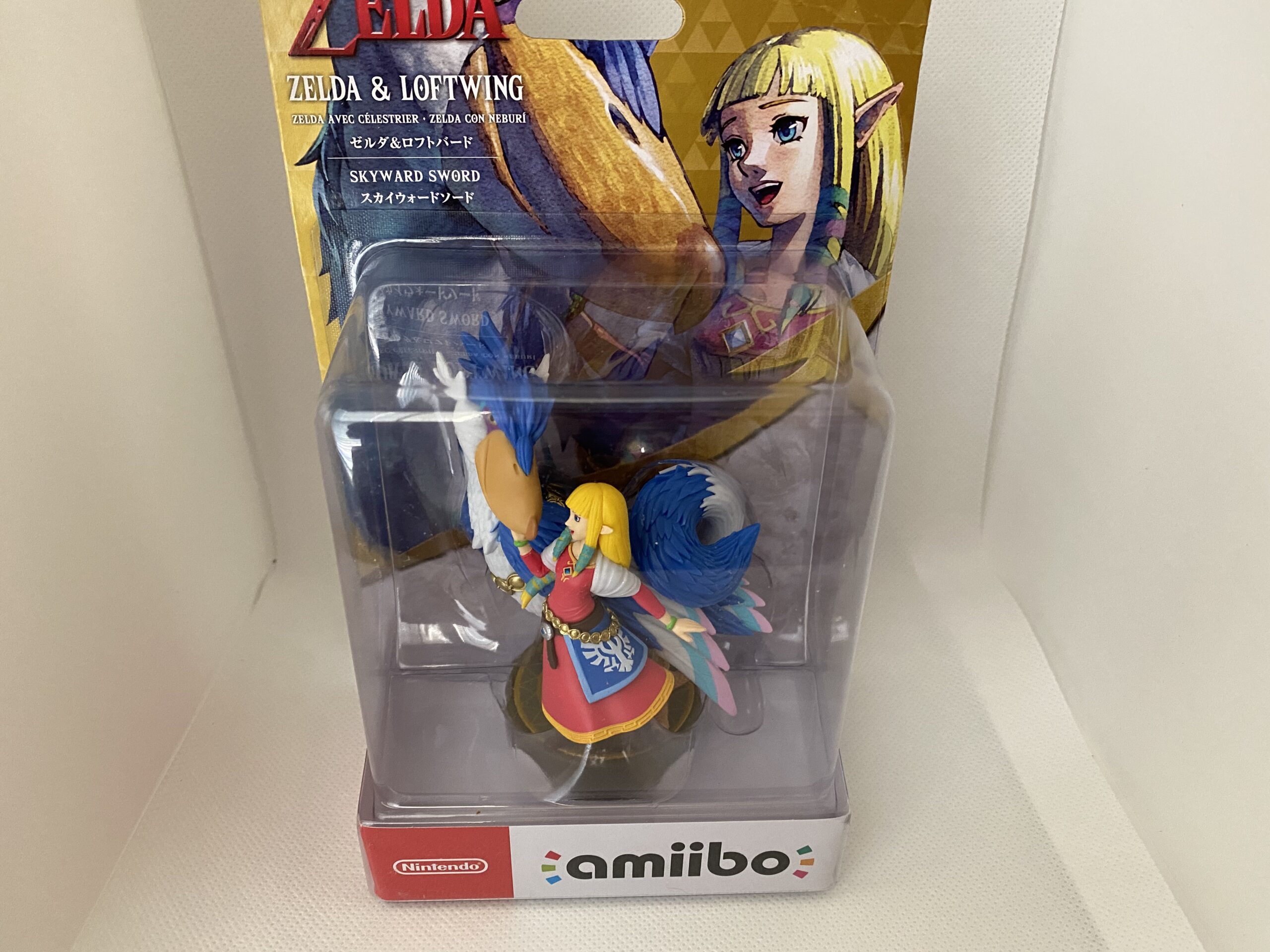 You have to tee it up first

So the elusive Zelda: Skyward Sword HD Zelda & Loftwing amiibo finally came in. Given that it’s delayed for a bunch of people, I figured I’d explain how the new Zelda amiibo works, so you’re ready for it whenever it does decide to arrive.

It’s not super obvious at first how to trigger it, so this could be of help to some people! 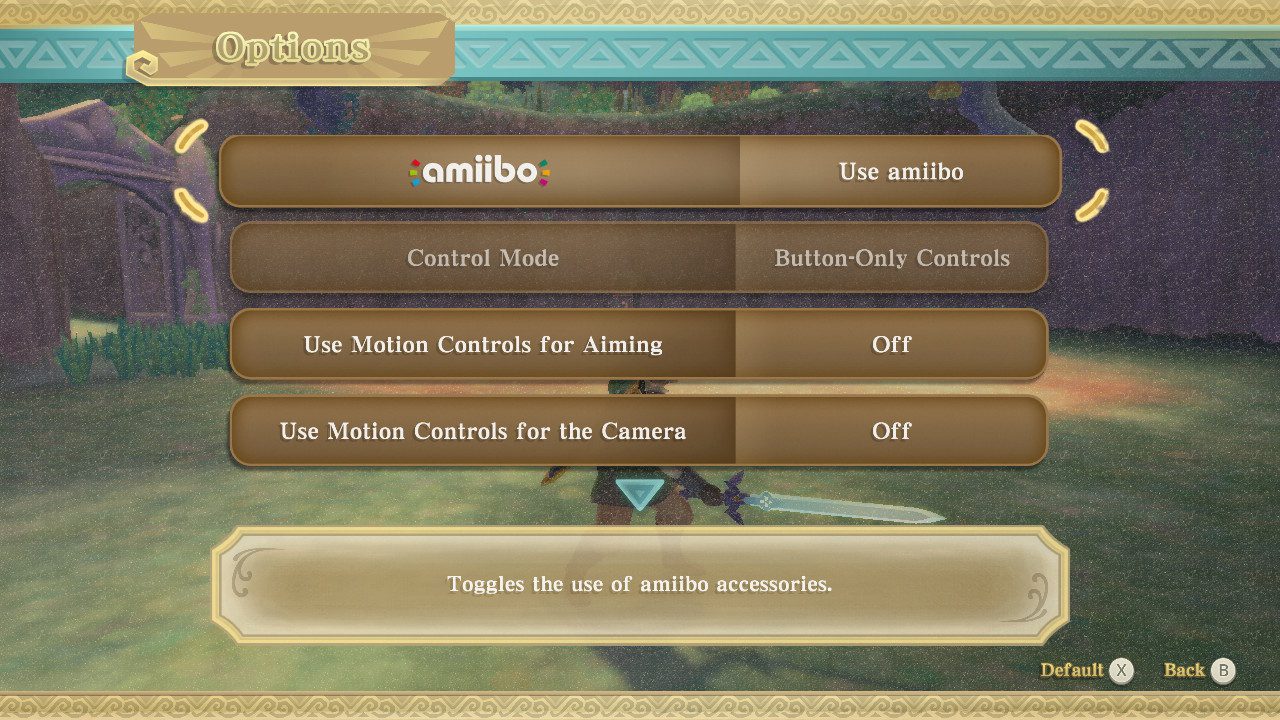 What the Loftwing Zelda amiibo actually does

So in short, this controversial quality of life figure allows Link to teleport up to the sky instantly, then teleport back down exactly where he left. It’s an extremely big convenience, especially later in the game if you forgot to say, equip a certain shield, your shield breaks, or you need to upgrade your shield (lotta shield stuff in this game!). And so on.  It’s nice to be able to quickly teleport back and grab some stuff (like potions) then jump right into progression again.

The first step is to actually enable it is to press the + button to open up the menu, head to settings, and enable amiibo in general. This might be off by default, and it’s not actually going to lock you out of anything, so you may as well have it on. 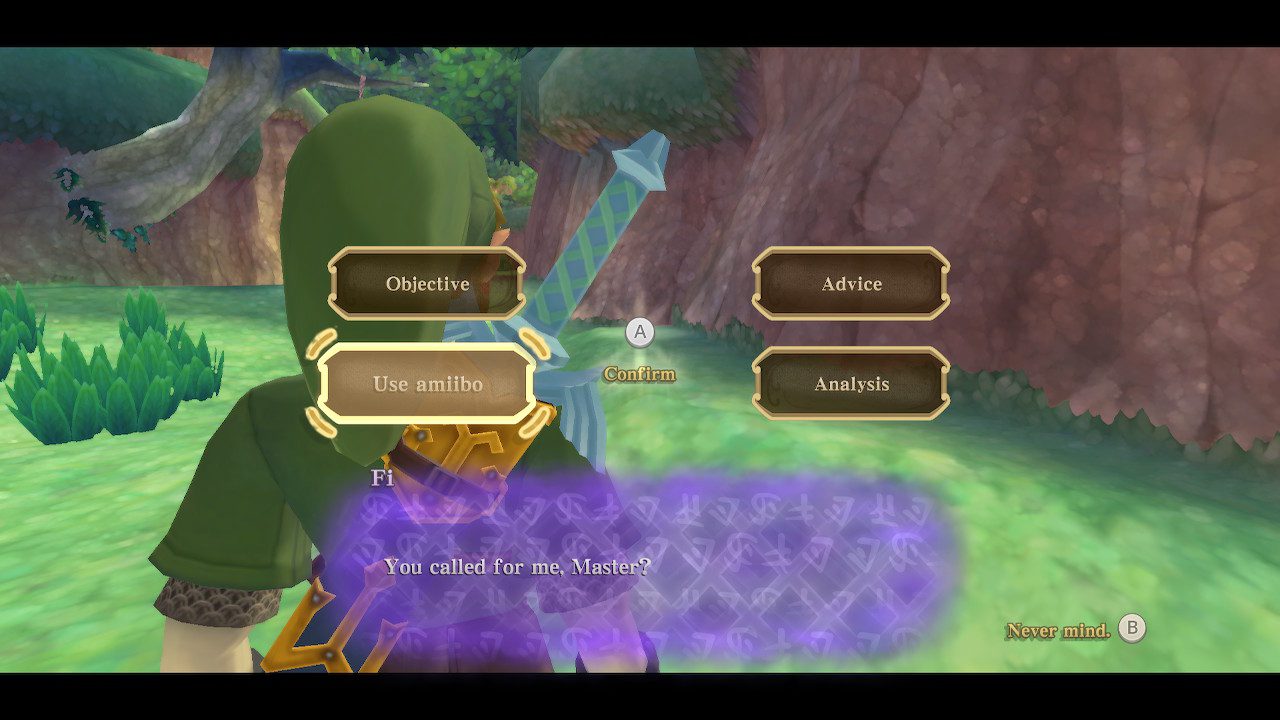 To use the amiibo, you’ll need to speak to Fi. Press down on the direction pad to bring her up (optionally!) and you’ll see a dialogue option to scan an amiibo on the lower left.

Hit that then tap it to the NFC point (right Joy-Con or center of the Pro Controller). Confirm again. 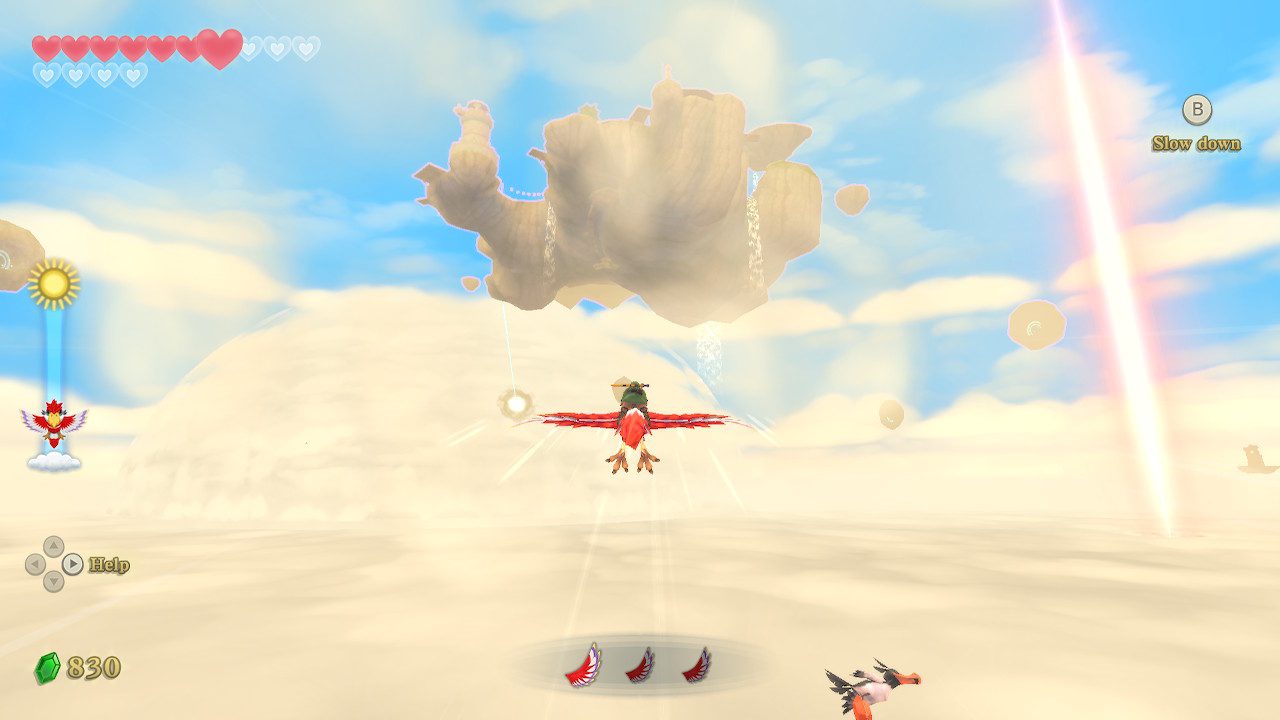 Once you do that, you’ll automatically travel upward like you “returned to the sky” from a fast travel point in that particular zone.

You can go/land anywhere, including Skyloft for errands. 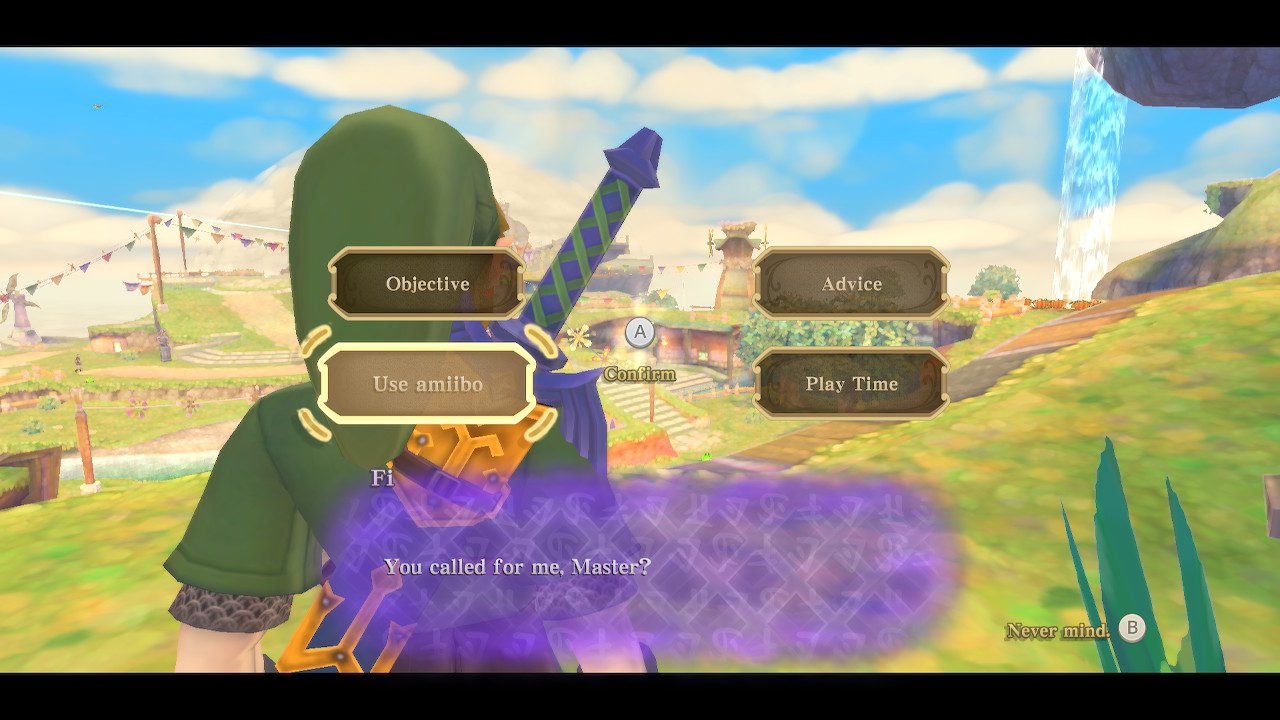 When you’re done gallivanting around in the sky, land on solid ground, then call Fi up again with the down d-pad button, then confirm, and tap the amiibo again. 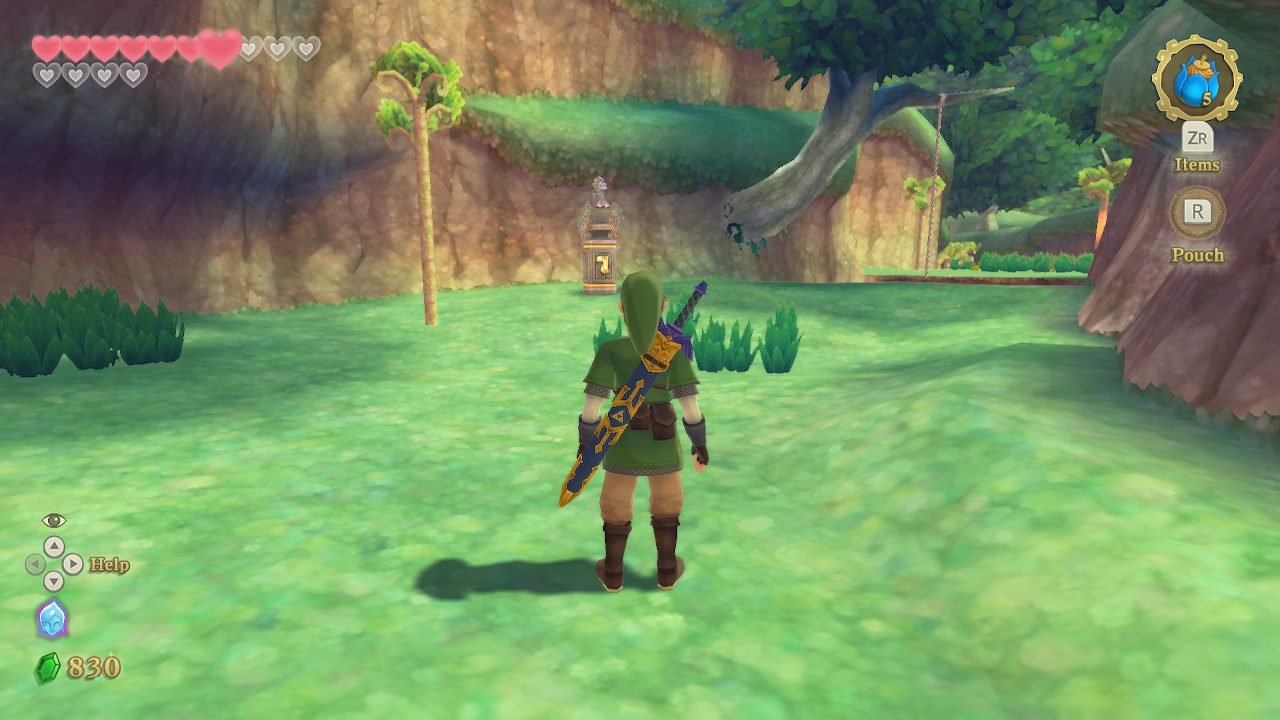 You’ll teleport back to where you first triggered the amiibo. Simple enough!