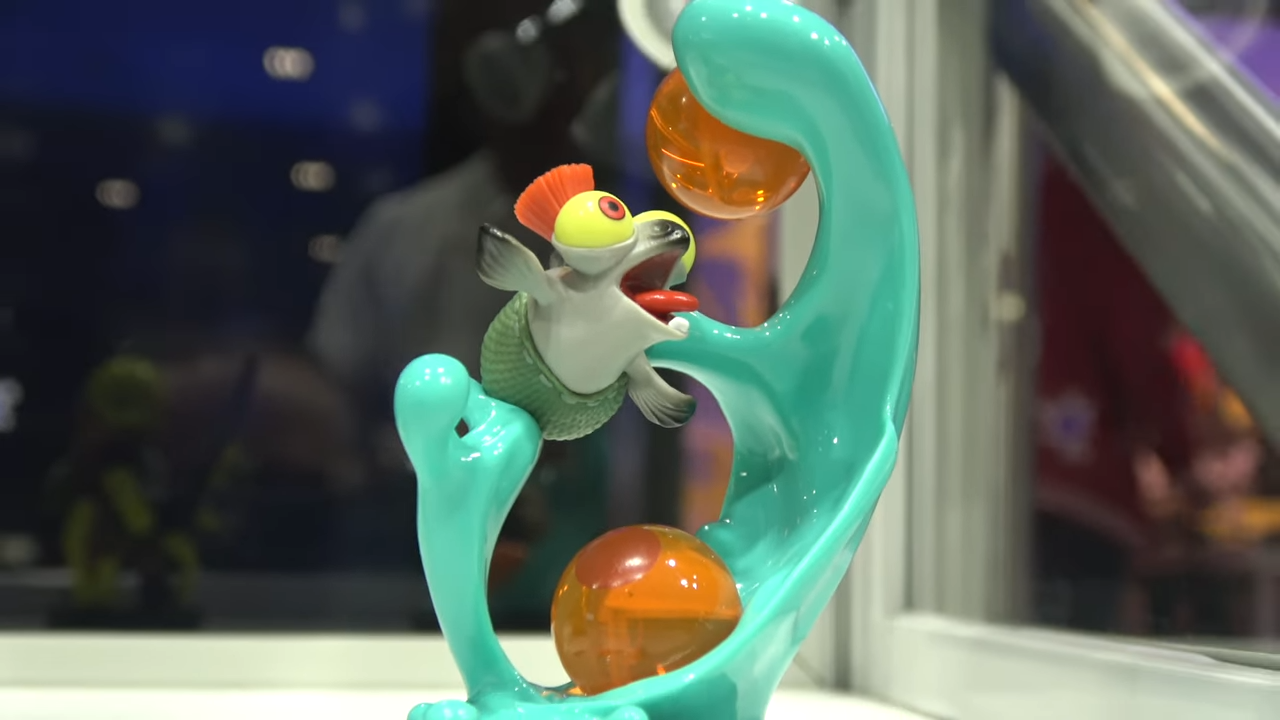 We took the entire Splatoon 3 amiibo line for a spin at launch, but there’s still three missing! A trio is due out this “holiday season,” and while we don’t have a full picture of what they’ll unlock, we can see them up close thanks to a new YouTube video from Gaming Boulevard.

Taken at the Heroes Comic Con/Made in Asia convention in Brussels, Belgium, this past weekend; and were on display thanks to the Made in Asia portion of the convention (which features manga, anime, video games, YouTubers and cosplay).

As a reminder, these are the three that are still due in the future:

The general quality of amiibo has skyrocketed over the years (especially compared to the launch lineup), and you can really see the difference with these close-up shots. Smallfry (the companion in Splatoon 3 that also serves a mechanical purpose in-game) is probably going to be a fan favorite figure, as that pose looks even funnier with the real thing on display.

If I had to guess, the idol trio (Shiver, Frye, and Big Man, who all comprise “Deep Cut”) could come out sometime in 2023 as Splatoon 3 amiibo: potentially coinciding with some sort of Splatoon 3 update/expansion. All Splatoon idols have been represented so far in amiibo form.