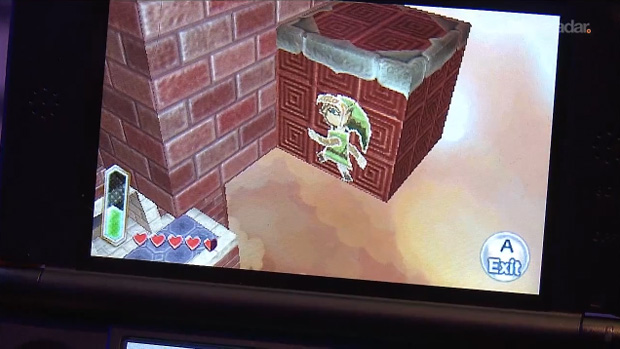 Earlier today, Hamza shared his hands-on impressions of the 3DS A Link to the Past sequel — which I shall be affectionately calling “New The Legend of Zelda” until a proper title is announced. Ahh, what the rest of us wouldn’t have done to be peering over his shoulder as he powered through that demo.

GamesRadar has just posted a five-minute, off-screen video of Zelda gameplay, with audio so clear you can make out the nostalgic arrangement of ALttP‘s dungeon music. Watch as Link scales the tower, flips switches, and battles Moldorm at the summit. It’s like 1992 all over again!

Below, catch a longer but much quieter video from Nintendo-Online.