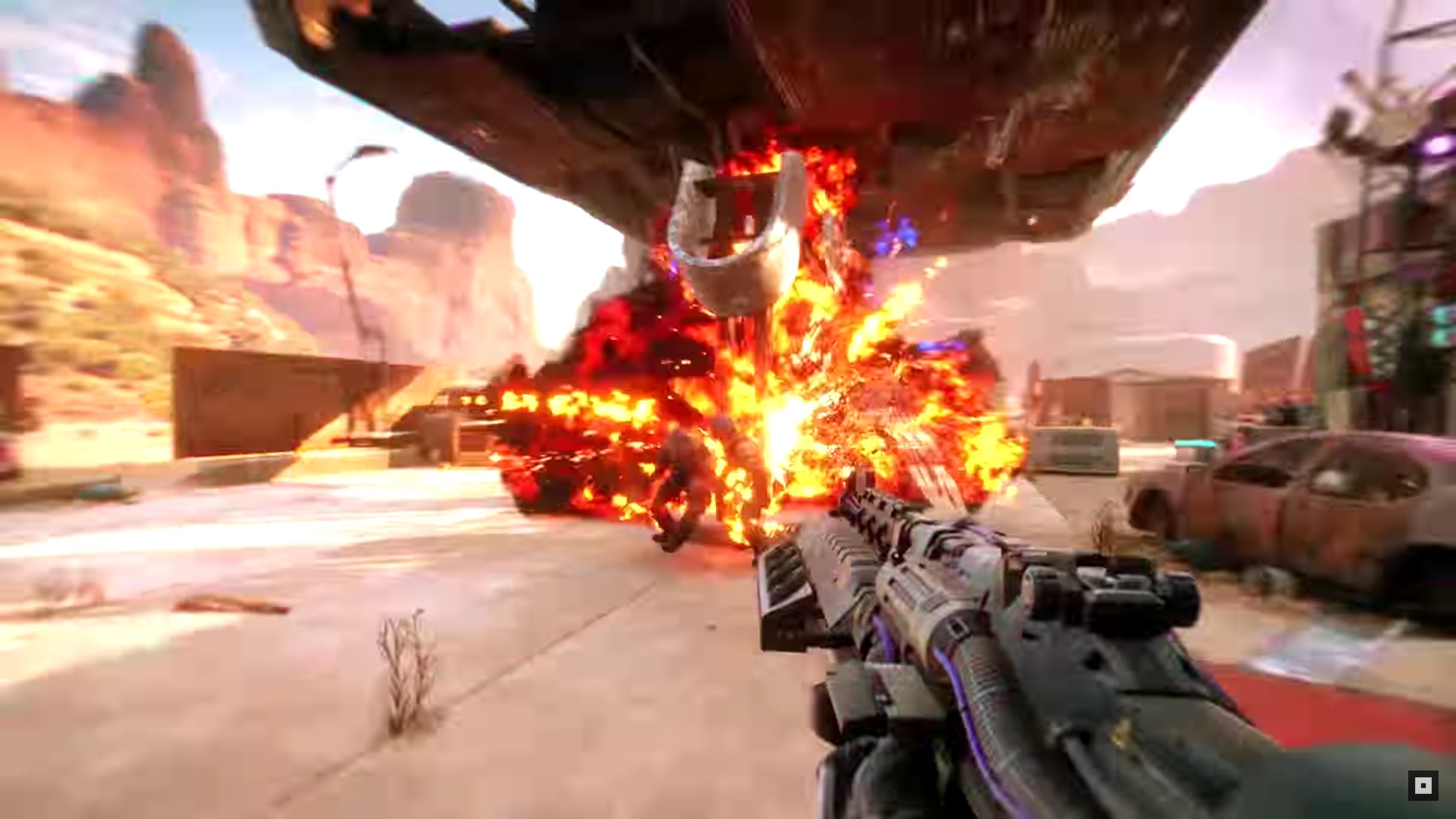 Since yesterday was April Fool’s Day, a lot of us glossed over this Rage 2 announcement. Who the hell would think that Tim Kitzrow, famous for being the announcer from NBA Jam and NFL Blitz, would even be included in Rage 2? Well, it turns out the jokes on us: Bethesda really is bringing everyone’s favorite sports commentator to its latest open-world shooter.

If you pre-order Rage 2 now, you’ll receive the “He’s On Fire Cheat Code” DLC pack. As mentioned above, this will include commentary by Tim Kitzrow for basically every single action you perform in the game. Seeing as how I found Rage 2 to be incredibly basic during my PAX preview, having some color commentary could liven the experience up quite a bit. If nothing else, I would expect every successful sniper shot to be followed by “FROM DOWNTOWN!”