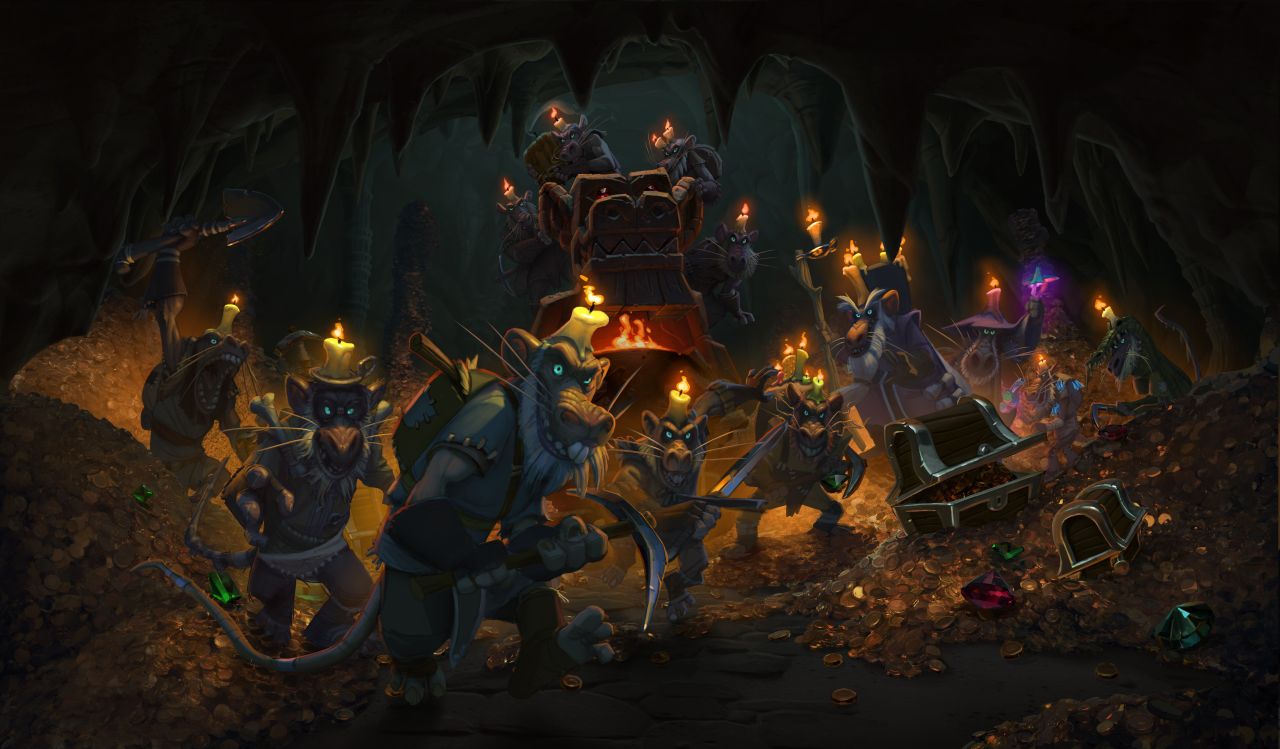 ‘Don’t be surprised to see the Dungeon Run resurface’

Hearthstone has gone through a lot of changes in the past (nearly) four years it’s been out. I’m not just talking about balance and card alterations, but multiple fundamental shakeups, including the introduction of the popular season collectible card game (CCG) format that occasionally relegates your old cards to the unofficial “wild” format.

While that mostly impacts the competitive side, Blizzard has also been steadily producing single-player content, which kicked off in earnest with the first adventure pack — Curse of Naxxramas, released four months after the base game in 2014.

I sat down with lead missions designer Dave Kosak to get a sense of where Blizzard has been, and where they’re going with adventures. 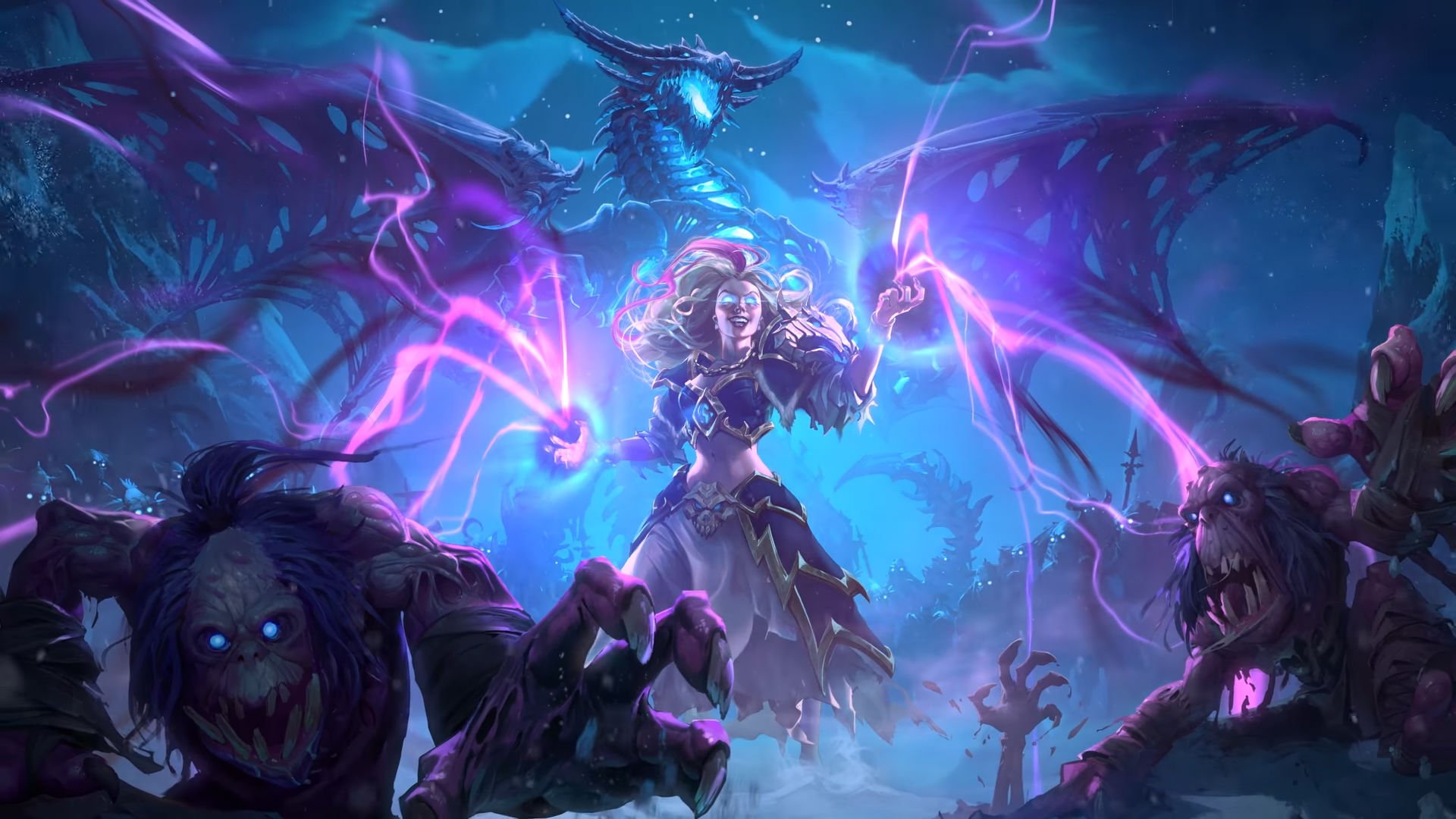 When asked how the reception has been from the players when it comes to the various approaches to adventures, Kosak responded, “We’ve learned a lot about adventures and single-player content over the years.” The main packs he highlights as big successes are Naxxramas and League of Explorers, citing “memorable” heroes as a reason for the positive reception. However, Kosak explains that there was a limitation with that old model — the card payout.

Adventures would grant players 45 cards, which, according to Kosak, wasn’t enough: “with only 45 new cards, adventures didn’t have a huge effect on the meta game. In addition, we had to ensure that adventures were easy enough for players of any skill level because earning your cards was behind the content players paid for. I think what was hardest for the design team was that we spent so much time lovingly hand-crafting these stories and boss fights, and players would blast through them in a few minutes and never see them again.”

Now, they’ve moved on to bigger sets of “135-ish” cards, which Kosak says has had a bigger impact on the meta. The team also thinks that this strategy allows for better story integration: “By incorporating single-player content for free, we can have those great story moments and characters in every expansion. For example, you just can’t have an Icecrown expansion without the Lich King tormenting players – fighting against him and his lackeys was really memorable. From a design standpoint, we can make those fights VERY challenging because cards aren’t gated behind the single-player content anymore. Beating the Lich King with every class is a real feat.” That idea was fully realized with Kobolds & Catacombs‘ replayable dungeon runs, and that entire concept was built around the want for players to earn loot in a card-based game.

“Our original concept for the expansion was “finding crazy loot,'” Kosak says. “The design team began by brainstorming all kinds of crazy treasures. We kicked around ideas where players were looting some kind of treasure vault, but as we explored ideas, we settled on an experience that everyone could relate to: crawling through a dungeon, defeating monsters and grabbing loot. Dungeons are the perfect treasure delivery mechanism! I think dungeon-crawling is in the DNA of every gamer. Either memories of computer or console RPGs, or memories of sitting around a table running pen-and-paper games together.” Fans have taken to it so well in fact, that the team told me “not to be surprised if we see the dungeon run [mode] resurface in different ways.”

They aren’t giving up on the story-based progression system though, as the traditional Knights of the Frozen Throne adventure style was specifically mentioned as a delivery system on top of dungeon runs. “Others might be totally different,” Kosak chimes in. I also wanted to get down to the bottom of PVE (player-versus-environment) community — is it just a blip on the radar, or a legitimate force that drives Hearthstone‘s development?

Kosak reminded me that while it is a multiplayer game at its core based around deckbuilding and competition, “single-player content is a great way to explore the game in a low pressure environment, trying out crazy things or just experiencing the fun of tackling difficult bosses.” He goes on to say “There is definitely a place for both. Our hope is that players who enjoy the single-player content will get excited to try their hand at deckbuilding and facing down opponents online.”

Count me in as one of the players who primarily enjoys adventures and PVE content. As long as Hearthstone keeps adding it, I’ll keep playing it.