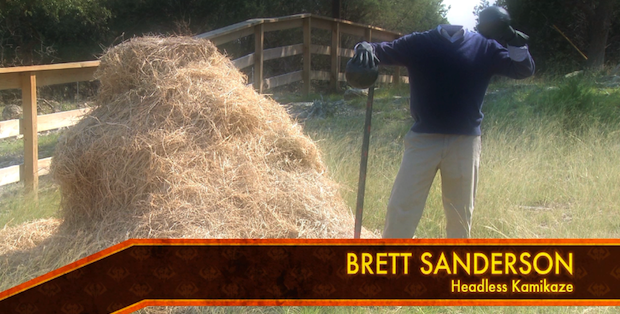 Ever wonder what it would be like to be one of the bad guys in a first-person shooter, simply going about your business before being mowed down by the titular hero? Well wonder no more, as the recruitment drive to be one of Mental Horde’s disposable henchmen is underway.

And after watching this behind-the-scenes video of Headless Kamikaze Brett Sanderson, who wouldn’t want to join up and teach Serious Sam a lesson? Okay, the decapitation and three-week lifespan aren’t the best parts of the job, but the sense or camaraderie and brotherhood just can’t be beat.

“We’re seeking recruits for every division from Headless Kamikaze and Scrapjacks, to accounting and risk management,” says Horde’s HR Director Beth Hughes. “But honestly, we’ll accept anyone with a high school education and the willingness to have their head removed.” As someone that’s been hunting for a job for over six months, becoming a Headless Kamikaze sounds appealing, but I’d have to give up the beard, so that’s a no go.

If you’re interested in a position as one of Mental Horde’s minions, then you can head along to the Join Mental website and sign up. The website even features a handy app that shows you what you’ll look like without your noggin!