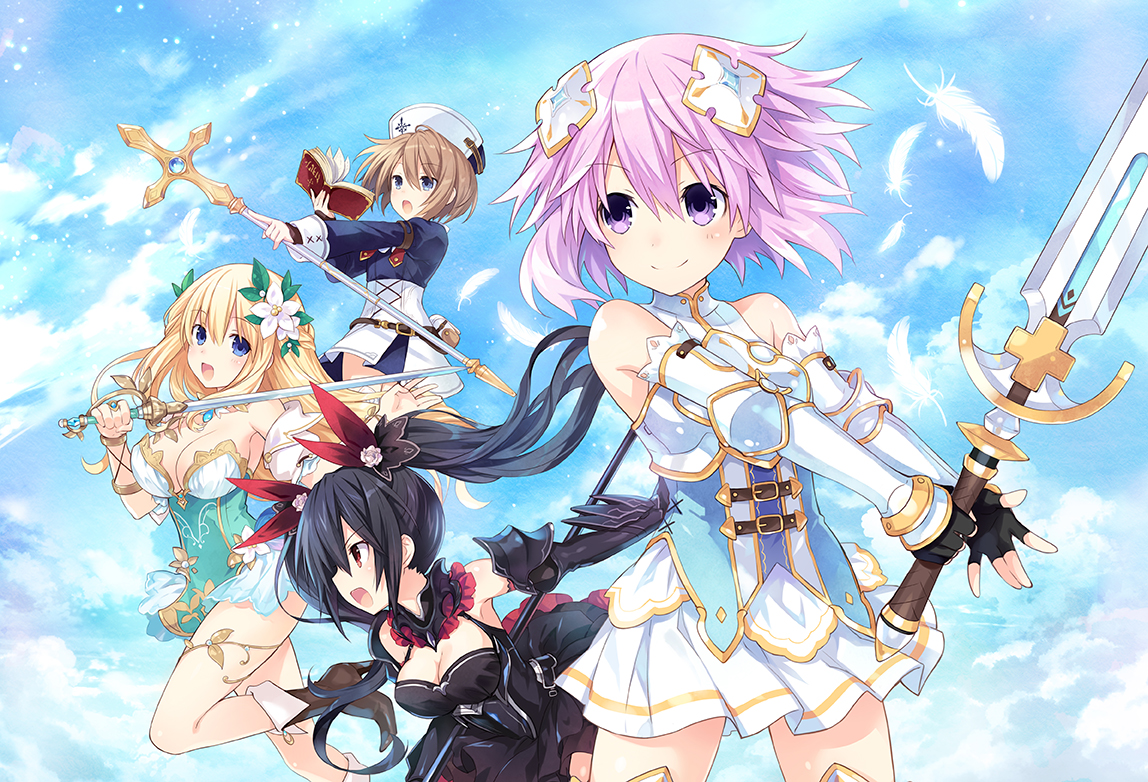 Developed by Tamsoft — which previously worked on Hyperdimension Neptunia U: Action Unleashed, MegaTagmension Blanc + Neptune VS Zombies and more importantly, the still-ongoing Senran Kagura series — in collaboration with Compile Heart, this upcoming action RPG for the PlayStation 4 takes place in the world of a popular online multiplayer game by the name of “Four Goddesses Online.”

Prior to the release of the latest version of “Four Goddesses Online,” the goddesses of GamesIndustri — the world in which the Neptunia series takes place — have been invited to play the game as beta testers. There, they must save the online world from the threat of a demon king.

Basically, it’s a game within a game.

Overall, it seems like a fairly standard setup for an RPG, and I’ve completely lost count of how many fantasy kingdoms that I’ve saved from demonic monarchs. Thankfully, Neptunia‘s main draw seems to lie more with its charm and personality, its likeable characters and its fanservice (or “plot”).

The trailer itself mostly seems to focus on the game’s combat system, which will allow players to map two sets of four skills to each of the Dualshock 4’s face buttons in order to utilise abilities or commands of their choosing. The other draw, as hinted at previously, is the game’s roster of playable characters. These characters will vary in terms of actual gameplay and abilities, as they’ve each taken up different RPG character archetypes, such as that of a Mage, a Thief or a Paladin.

Mind you, I feel like this trailer would be a lot better if it included Uzume Tennouboshi from Megadimension Neptunia VII. I’m just putting it out there, Compile Heart.

Another thing that may be slightly more bothersome to many of the illustrious members of the Destructoid community is that while the trailer does show off the catgirl costumes that will be included in the game, these outfits are only going to be made available as pre-order DLC in Japan. It remains to be seen as to whether or not this DLC will be sold separately sometime after its Japanese release date of February 9. Should the game come to the West, I would expect a similar situation to occur here.