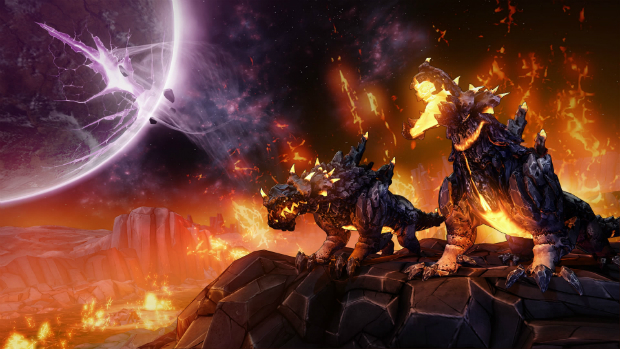 Most of them involve violence

Borderlands: The Pre-Sequel is only about three months from release, but there is still so much more to learn about it. Borderlands 2 antagonist Handsome Jack is here in a video previously exclusive to E3 attendees, to show off the new features to be found on Elpis, Pandora’s moon. Something about his animation is a bit uncanny valley-esque.

For those who have been following along, nothing shown in the video above is news, but it is nice to have all of the new features bundled together in an easy-to-consume package. Highlighted here are the low gravity on Elpis, the ground pound ability, Athena the Gladiator’s and Wilhelm the Enforcer’s action skills, oxygen kits, lasers, and cryogenic weapons. I will admit, I did get my hopes up when Jack started talking about character abilities, but we are still left mostly in the dark about what Nisha the Lawbringer and Claptrap the Fragtrap will be capable of doing.

Borderlands: The Pre-Sequel is scheduled to launch on October 14. We are still waiting on full skill trees to play with before launch to plan out builds. Come on, 2K, get on that!