You can find a Starbucks in the Pokemon Centre!

Remember when Nintendo announced that it would be releasing a demo for the upcoming games Pokemon Sun and Moon? Well, you can download it to your 3DS right now.

It’ll take up 3,055 blocks on your console’s SD card, but unlke many demos on the eShop, there is no limit to the amount of times you can launch it. This is likely because many NPCs will tell you to come back at a later date for specific events or activities. Clearly, Nintendo wants you to revisit it many times over.

Completing the Pokemon Sun and Moon demo will reward you with a special Greninja that will change its form when it defeats one enemy in battle — this new “Ash” form receives significantly boosted offensive stats and will revert back to its normal state when the battle ends, very much like Mega Evolution from the previous 3DS entries in the Pokemon franchise. It also has an upgraded version of the move Water Shuriken, which acts somewhat like a cross between Quick Attack and Fury Attack. 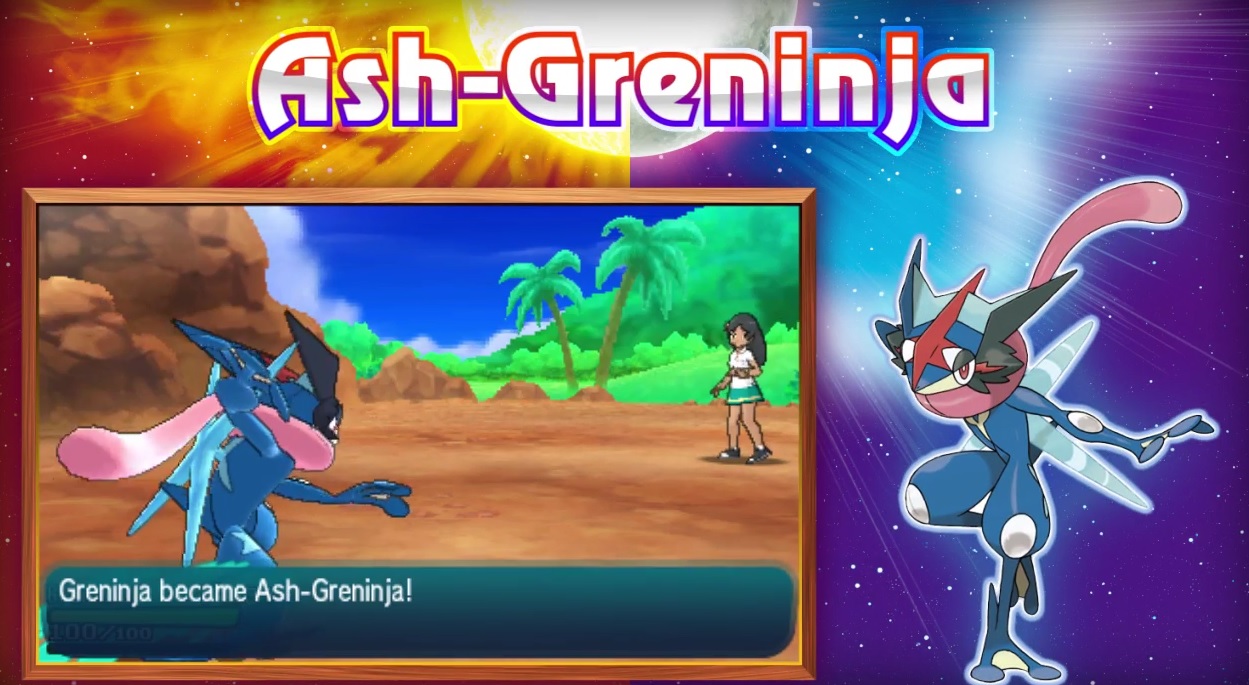 Having had a fair bit of time to play around with the demo, I do have to say that it’s well worth your time if you’re a fan of the Pokemon franchise. After all, it does an excellent job of showing some of the changes made for Pokemon Sun and Moon.

Possibly the most interesting feature on display in the demo is something that seems to be indicative of the removal of some HMs. Instead of having to teach your Pokemon moves that are often terrible in order to get past certain obstacles in the game’s overworld, you can use an item that works in a very similar fashion to the Eon Flute from Omega Ruby and Alpha Sapphire. Essentially, you can call forth various Pokemon in order to help you overcome obstacles that would have previously required a HM. You can register up to four Ride Pokemon to the 3DS’ D-Pad in order to summon them at any time. Better yet, these Pokemon don’t even have to be in your party in order to benefit from their aid.

As a side note, you can also use these Ride Pokemon in order to traverse the environment much faster than you would normally be able to on foot. Holding down the B button when riding a Tauros is undoubtedly the fastest way of moving around in the Sun and Moon demo.

Admittedly, this feature was already previous advertised, but it is nice to be able to get a better look at it. After all, a similar feature was promoted prior to the launch of Pokemon X and Y, but once the full games hit store shelves, it was revealed that the implementation of such a mechanic left a lot to be desired. In those games, rideable Pokemon were relegated to specific areas, such as a single route or a city, making it feel like more of a throwaway gimmick rather than a fully fleshed out mode of transportation.

Needless to say, charging around Hau’oli City on the back of a Tauros in the Sun and Moon demo made me feel as if Game Freak was finally delivering on the promises the company made three years ago. Hopefully feature isn’t limited to just a small handful of areas in the full game. 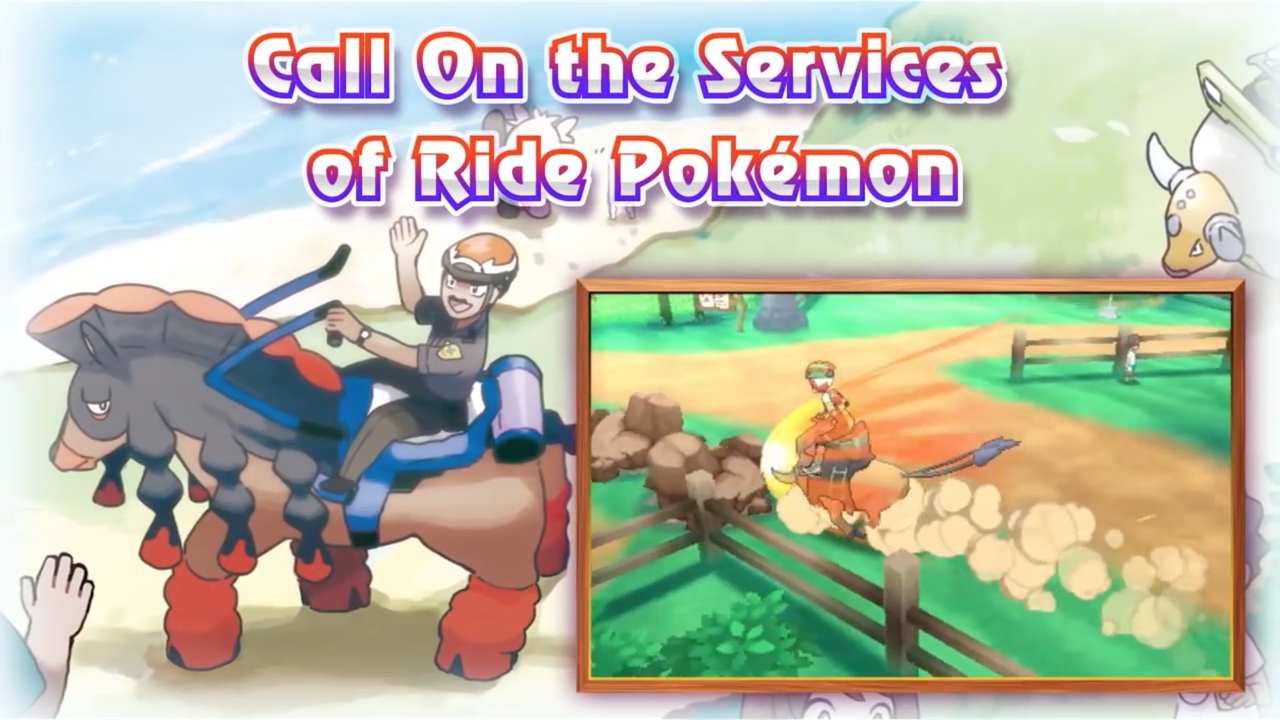 As far as quality of life improvements go, you can now now view EV distribution on the stat screens for individual Pokemon, which will undoubtedly help make that mechanic a little more transparent to casual players. Alongside that, the battle system will now explicitly tell you which moves will be most effective against a particular enemy, provided you’ve fought them previously.

Another welcome change is that during encounters with wild Pokemon, you can quickly access any Pokeball in your possession from the battle screen with a simple press of the Y button. This means that you’ll no longer have to dig through so many menus in order to capture a wild Pokemon.

One thing I’ve noticed is that you can no longer enable 3D in-battle like you could in X, Y, Omega Ruby and Alpha Sapphire, even on my more powerful New 3DS unit. Considering how poorly those entries in the franchise performed with 3D enabled in-battle, I don’t think too many people will really miss the inclusion of this feature. Still, it’s a far cry from the days when Nintendo treated the 3D feature as the console’s defining selling point.

If anything, the reduced 3D capabilities in Pokemon Sun and Moon demonstrates just how heavily the 3DS hardware is being pushed by the game. Thankfully, framerates are fairly solid across the board. Save for the Pokemon Snap-like Poke Finder feature, where camera movement feels a little more choppy than I’d like (although it’s still playable), the demo performs quite admirably given the limitations of the console it’s running on.

Also, the Pokemon Centre in the demo features a coffee shop that looks suspiciously similar to a Starbucks. That’s probably super important. 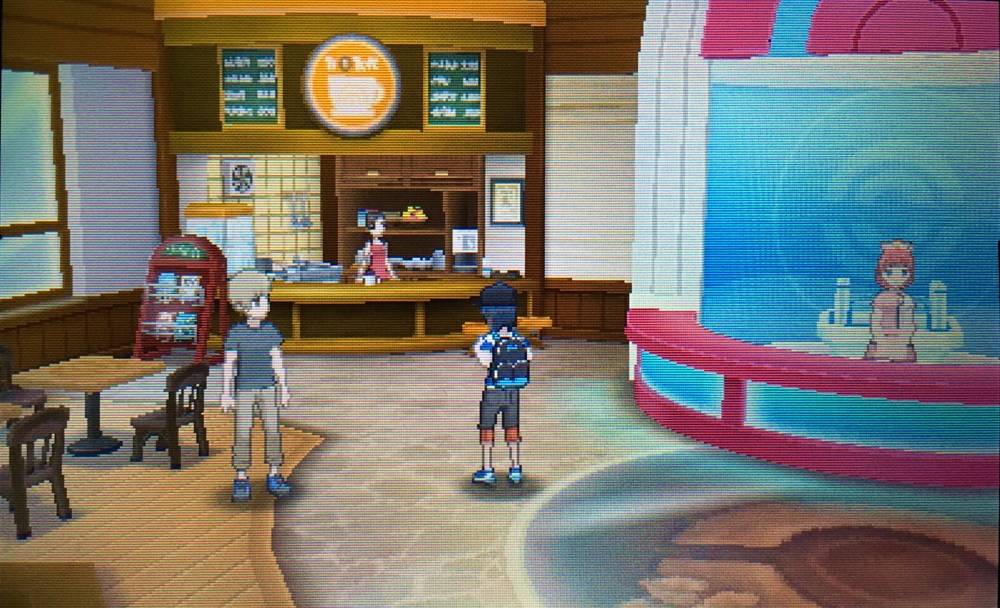 Pokemon Sun and Moon will be released worldwide on November 18 for the Nintendo 3DS.