September 6, 2011. A day that will live in infamy. Nubageddon. The day Nintendo announced the “Slide Pad Expansion,” the second nub’s cradle attachment.

Now officially known as the Circle Pad Pro, presumably because…it’s for pros (?), I got to play a videogame using this incredibly divisive piece of plastic. 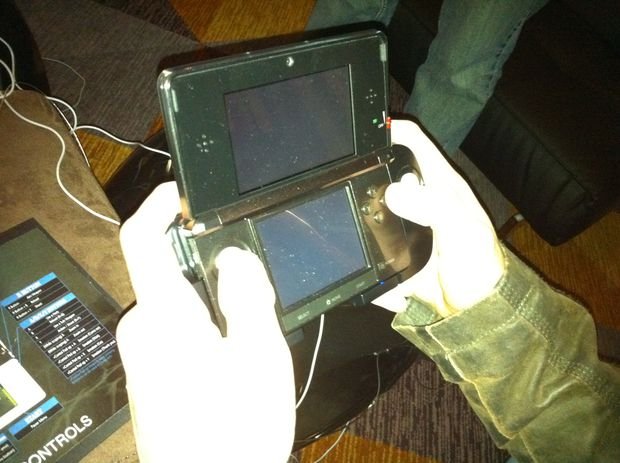 The 3DS augmented with the Circle Pad Pro was surprisingly lightweight, though it adds plenty of bulk to what is meant to be a portable system. The contours added to the back of the unit almost made me feel like I was holding a SEGA Saturn controller and gave the unit a rather sturdy feel. I found my right middle finger naturally resting under the right contour, which actually caused a bit of discomfort during my time with the unit. I tried remedying this by resting both middle and index fingers on the two sets of right and left triggers, as one might with a console controller, but I couldn’t comfortably fit both fingers over the limited surface area, as the original shoulder buttons are still quite tiny.

More troubling is how tenuous my grip on the second nub felt. I’m not sure if I have particularly long fingers, but the second nub felt uncomfortably close to my thumb and I couldn’t find a comfortable way to rest my thumb on the nub and operate it without feeling like I’d slip off at any given moment. There was just something about operating both circle pads at once that left me feeling inexplicably off kilter. Maybe I just need more time to get acclimated to the Circle Pad Pro or maybe these concerns are somehow unique to how I hold the 3DS, but they were there. 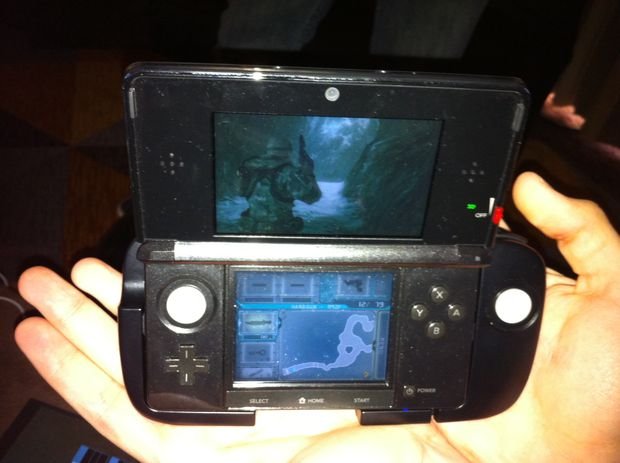 Playing Resident Evil: Revelations, specifically, with the Circle Pad Pro, took some getting used to. This was a bit of surprise, as I figured I’d be more at home with the ubiquitous control scheme the Circle Pad Pro affords. In fact, I managed to have more trouble aiming and shooting using the Circle Pad Pro than without, though my proficiency with the scheme did slowly improve as my time with it went on. Aiming also seemed a bit sluggish when using the Circle Pad Pro at the normal aiming speed and I had to go into the game options and turn it up to the maximum setting to alleviate the problem, at which point the controls felt a bit more responsive.

The biggest difference to Resident Evil: Revelations’ Circle Pad Pro control scheme is the ability to move and shoot at the same time, the lack of which, for some reason, seems to be a big criticism of the most recent Resident Evil titles by a certain subset of the gaming community. If you count yourself among this contingent, then the second nub is obviously going to be the way to go.

The Circle Pad Pro did its job and though I don’t feel like it added anything to my Resident Evil: Revelations experience, I recognize that plenty of people might prefer what has become a ubiquitous control scheme for shooting games. As for the unit itself, it feels solid, but it remains to be seen if the slight discomfort and instability I experienced is just something that needs to be overcome or something that could prove more disconcerting.