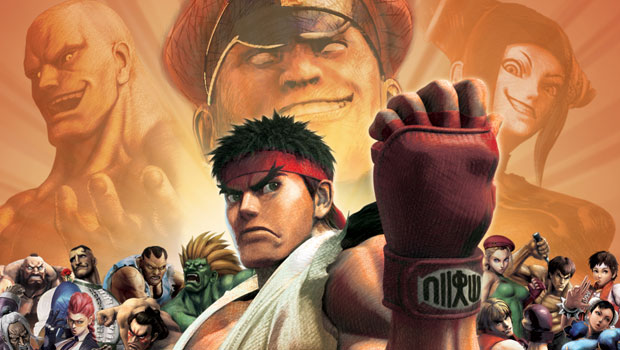 Easily one of the best looking games of the Nintendo 3DS launch, Capcom’s Super Street Fighter IV 3D Edition is going to be turning some heads.

On its surface, it’s the Super Street Fighter IV you know and love, with a full roster of more than 30 characters, including all of those found on consoles. But if you look deeper, you’ll find that it may surprisingly be the best version of the game to date, with even more content and options than its predecessors. 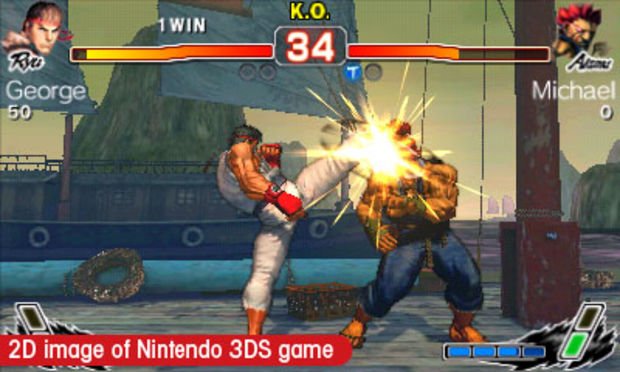 There’s no need for me to retread old ground, so if you’re looking for details on Super Street Fighter IV, take some time and read our full review. It’s a great fighting game, and Capcom has managed to cram all of that onto a 3DS cart and more. While the demo was limited, Capcom is saying that the final game will house all of the features found on the console versions, including most modes and (most importantly) gameplay.

Based on my time with the game, I’m happy to report that it feels like Super Street Fighter IV; there’s little doubt that Capcom has faithfully translated the fighter to Nintendo’s handheld. From a gameplay perspective, my biggest concern turned out to be warranted, though. That is to say I feared trying to play the game on the small handheld would be uncomfortable. This is a situation that will vary from player to player, but I certainly felt a bit cramped while gripping the 3DS, tossing off Hadoukens and unleashing Sonic Booms. The good news is that the game was extremely responsive, and if you’ve played Street Fighter IV before, playing it on the 3DS is like catching up with an old friend.

Capcom has addressed the control pains, both for experienced whiners like myself and newbies alike, with the game’s “Light Mode.” This utilizes the touch screen for an addition four “buttons,” massive touch squares that can be tapped to activate to activate special moves, Ultra Combos, and more. With only four available at any given time, these one-button actions are limited, but makes it easy for inexperienced players to compete. The default buttons only had Ryu’s fireball and hurricane kick accessible, along with an Ultra and a Super combo, for instance. Yes, it’s possible to use the 3DS buttons and Circle Pad (or d-pad) to pull off the moves in a traditional fashion. But Capcom’s Seth Killian points out that you’ll be able to put any special moves or combos on the touch screen, with a maximum of four; the game will remember these selections per character, so gamers can really customize their experience. 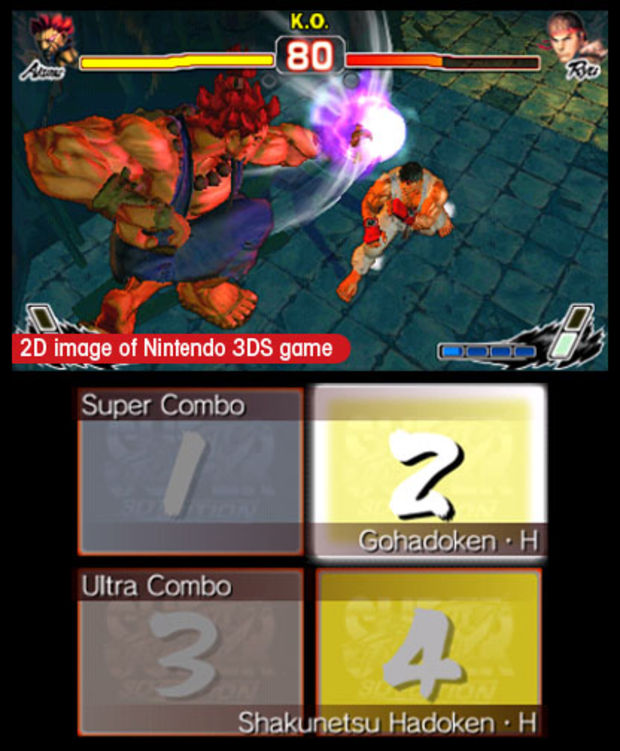 I know what you’re thinking: “This is Street Fighter for babies. They’re ruining the game!” Slow down, champ. Capcom has also included a “Pro Mode” for controls, which limits the use of the touch screen to the same types of button configurations you’d find on a console. For instance, any of the four touch square buttons can be mapped to anything you choose — from a single medium attack or even three punch buttons at once — but you can’t access one-touch special attacks. When it comes to competition, the game’s mutiplayer mode (which can be played online against folks worldwide) will allow you to filter out the “newbies” using “Light Mode.” So have no fear about getting owned by someone spamming M. Bison’s “Psycho Crusher” with repeated touch screen taps… unless that’s what you’re looking for.

Super Street Fighter IV 3D Edition will also take advantage of the 3DS’ unique “Street Pass” feature, which will let the handheld communicate with other DS systems passively when in sleep mode. Players will collect figurines, small statues based on the game’s 30-plus fighters, which will be pit against other players’ little Street Fighter toys… even when you’re not paying attention.

This odd little concept means that if two random strangers bring their 3DS systems to the supermarket and if they pass one another, their little statues will engage in combat. When they open your system later, you’ll see that matches have occurred, and then can then see the results and even watch a simulation. This simulation plays out like children playing with action figures, two figurines smashing against one another until the game determines a winner based on fighter stats. Players can choose teams of five fighters to compete, and can even allocate points to various figurine statistics like speed, strength, and more Writing it out, the entire thing seems insane. But for folks who like this kind of passive competition, it could be an amusing meta-game addition to an otherwise solid portable fighting package. 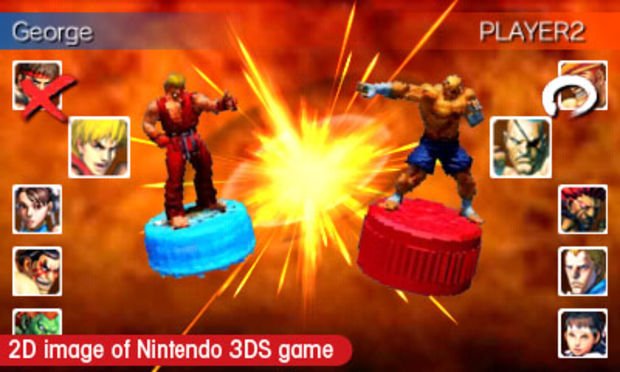 Capcom has also done a good job of translating the game to a 3D screen, with some nice depth between the characters and various levels of the background and foreground. Like with many of the 3DS games I played this week, I found the sweet spot on the 3D slider to be somewhere in the middle. Bumping it to the max felt like overkill, almost distracting; a more subtle effect actually did seem to enhance the experience, much to my surprise. With the 3D both on and off, the action was smooth; I did find the colors to pop more in 2D, but the framerate wasn’t noticeably affected one way or the other.

To showcase this 3D work, Capcom has included a “Dynamic” camera mode. In this mode, the camera is fixed over a fighter’s shoulder at an angle. The game is fully playable like this, and I was able to compete in a number of matches, and didn’t find that it affected my basic gameplay at all. Pro fighters will probably want to steer clear of this camera angle, as it can obstruct some animations, but it’s a great display of the platform’s 3D capabilities.

Earlier I wrote that Super Street Fighter IV 3D Edition may be the best version of the game to date, and simply based on content and features, I stand by that. No, it’s probably not going to replace arcade units or console games when it comes to pro competitions. But for the fighting game junkie on the go, Super Street Fighter IV 3D Edition is going to be a no-brainer for the Nintendo 3DS launch.