I played it this past weekend and got to take on all eight of the World Warrior Masters (that’s what I’m calling them.) Expect to take on Urien, Rolento, Dhalsim, Blanka, Ryu, C. Viper, Chun-Li, and Rose. You can expect more Street Fighter combatants in the same style as the retro Mega Man games too. You know, once all eight are defeated, a new section opens up that offers up more stages and boss battles. Who the other characters are is unknown right now, but we at least don’t have to wait too long to find out.

You can enter any of the eight stages in any order right from the start, and like Robot Masters, all the bosses here will have a particular weakness to exploit. For instance, if you wanted to make the Ryu fight easier, you need to defeat Urien first in order to equip his reflecting abilities. That way, you can reflect Ryu’s various Hadoukens right back in his 8-bit face. One thing that can help you at the start is thinking in terms of Street Fighter matches too. Who would be obviously good or bad against each other in a certain matchup in Street Fighter IV is reflected in SF X MM.

The bosses offer a good little challenge, as they do not mess around at all. They will strike hard, fast, and in unpredictable ways. And a fantastic touch to the battles is that each has a super meter that will fill up as you attack. Once full, the camera zooms in Street Fighter IV-style right before they unleash their super attack. 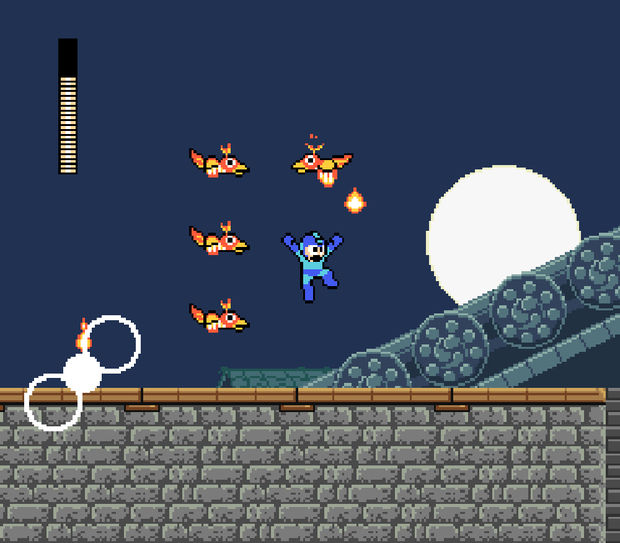 It’s also adorable seeing Mega Man use the boss characters’ moves. Some are straightforward, like being able to summon rotating shield balls via Rose’s power or throwing out bombs with Rolento’s ability. Then there are the silly ones, such as shooting out a stream of fire like Dhalsim or unleashing a flurry of kicks like Chun-Li. Yes, Mega Man does a bunch of kung fu kicks! And yeah, you will get the Hadouken after defeating Ryu.

Each stage is themed around the particular boss, so you’ll see lots of greenery and vines to represent Brazil in Blanka’s stage, for example. Enemies will match too, such as the enemies with reflective panels in Urien’s stage. In terms of level length, creator Seow Zong Hui went with a shorter approach in the same vein as Mega Man and Mega Man 2, as opposed to the more lengthier levels seen in Mega Man 9.

What brings the package home is the music by A_Rival, who spreads an 8-bit coat of paint over the Street Fighter theme songs. There are nice touches all around, like how Dhalism’s level begins with Snake Man’s theme from Mega Man 3 then blends into Dhalism’s theme. 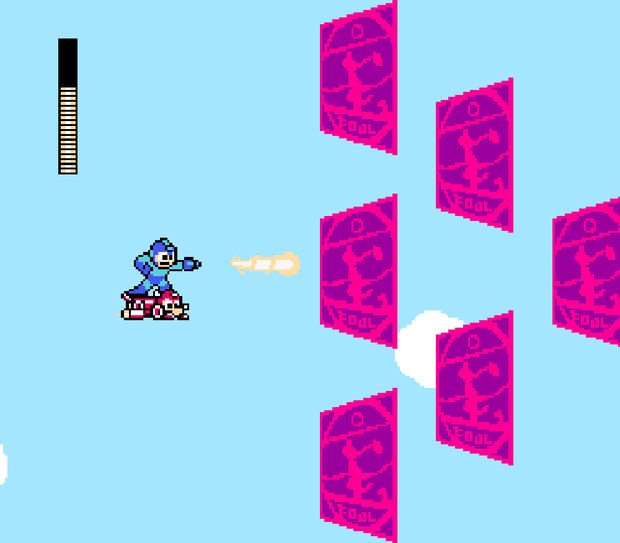 As for Mega Man himself, think in terms of Mega Man 2, 3, and 4. He has the charge cannon, slide, and ability to cycle through powers on a controller (there is gamepad support!) as well as the menu like in Mega Man 7, 9 and 10. Mega Man doesn’t feel floaty when he jumps, he fires three shots at a time, he can store E-Tanks — basically, it’s like Brett said in our interview, the Mega Man philosophy feels right.

While there is a level in which you fly on Rush for a bit, don’t expect any other Mega Man cameos. This is more about the Street Fighter universe with Mega Man infiltrating it. You can expect to see Dan at least. After Mega Man has added a new ability to his arsenal, there will be a little animation showing off how Mega Man uses his power on Dan in the Street Fighter IV test stage. Dan, the ever-living punching bag.

All in all, it’s a great homage to the Mega Man and Street Fighter universes. It was fun to play, and if you for some reason don’t end up liking the game, well, at least you didn’t pay for it.