There’s been much buzz and hype building up around THQ’s Homefront. The doomsday futuristic setting sees the United States being invaded by the new superpower of the Greater Korea Republic. While I have yet to experience the single-player campaign, I did at least get my hands on the multiplayer, which takes place a couple of years before the main game’s setting.

The build THQ was showing off was in a pre-alpha state, and what I saw is far from what we can expect the final product to be come March 2011. Bugs were to be expected, but the overall vibe I got from Homefront was pretty impressive.

My instant impression of Homefront’s multiplayer was that it’s a cross between Modern Warfare 2 and Battlefield: Bad Company 2. You have the pacing and vehicular combat aspect from EA’s franchise mixed with the gritty feel and loadout system from Activision’s FPS. Homefront has some of the basic staples we’re used to now, but Kaos is also introducing some new stuff that will really liven up the genre.

The big thing with Homefront’s multiplayer is that you’re constantly getting points that can be used to give you an advantage during matches. Battle Points, as they’re called, are earned for doing anything that helps your team out, like killing an enemy or capturing an objective. With Battle Points, you can purchase a rocket launcher, get extra ammo, and much more. All this is tied to the D-pad and doesn’t require the player to pause the action. 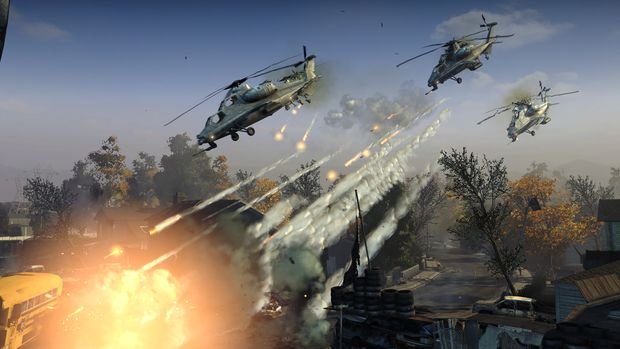 Battle Points are used to give players vehicles, too, though they can only be summoned to the battlefield during the respawn screen. You first only have access to the jeep, but as the match goes on, tanks, helicopters and more become available. Once a vehicle is selected, you’ll be driving it into the map, and teammates can also spawn with you if they so desire. I really dug this vehicle system, as it’s typically a mad dash to get to the vehicles in games like Bad Company or Halo.

Players will also have access to ground and air drones that can be remotely controlled. You’re vulnerable in the open while using a drone, and overall, I didn’t find them too useful. It does get pretty nuts when there are up to 32 players controlling drones mixed with the various vehicles. It’s a good thing, then, that there are dedicated servers, even on the console side.

The preview session only had two playable maps and we were only shown one gametype, Ground Control. The mode is similar to Rush in Bad Company 2, where two objectives have to be captured and then the map gets expanded, revealing two new capture points. 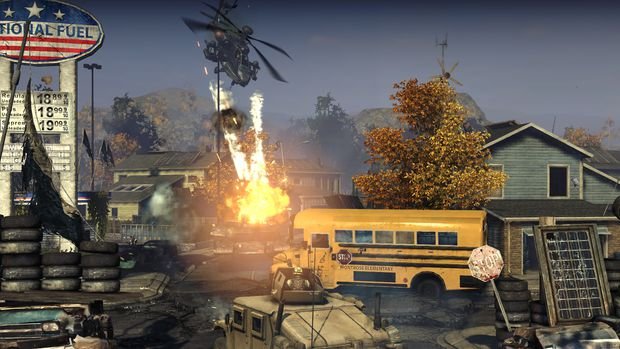 THQ was only showing off the aspects of Homefront that set it apart from the main competition. So while there will be an unlocking system based on your progression, weapon customization and customizable loadouts, we weren’t actually able to interact with those features.

There’s definitely some balance issues I noticed, like a helicopter’s missile barrage not killing a target. Some aspects, like switching weapons, seemed way too slow as well. Again, this was a pre-alpha build and Kaos Studios has a while to work out the kinks.

I wasn’t really planning on playing another FPS between Halo: Reach and Call of Duty: Black Ops, but it looks like I’ll be making an exception with Homefront come next year.