Gears of War 3? Kind of a big deal. It is the most anticipated game of 2011, after all. Yesterday we learned that the Epic shooter will be out worldwide on September 20, and we now know that the beta will be released sometime in April.

Both executive producer Rod Fergusson and design director Cliff Bleszinski were on hand at an event in San Francisco yesterday, showing off Gears of War 3, and they feel that this is the best, most polished Gears game yet. They feel they’ve created a thrilling campaign that fans, and people who’ve never even given the other Gears games a shot, will really enjoy.

The two also discussed how this is the best multiplayer Epic has done yet. 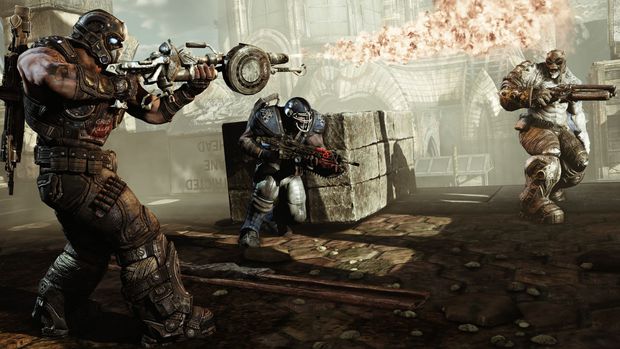 By and large, Gears of War 3 plays like previous Gears games. However, there are some notable changes, the biggest being that the controls have been slightly altered. Coming in with the Gears 2 setup in mind won’t cut it, and it’ll take some getting used to the new scheme. Epic found that in past Gears games, players would perform certain actions by accident when trying to do something else, so the new controls should solve this issue. 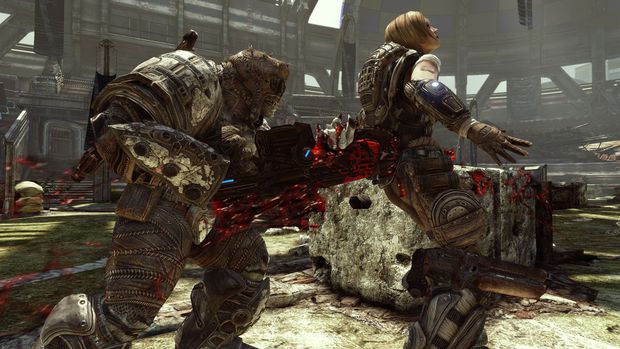 Players will start off with the basic executions and will need to prove their proficiency with weapons in order to unlock new execution kills. Executions are now worth bonus experience points, so there’s more to it now than simply embarrassing your opponent. These special executions are pretty long animations, so there’s a risk/reward system associated with it.

Another big change is that you’ll have weapon loadouts. You can choose your weapons before a round starts and after every time you’ve been killed. Unlike in other games that feature weapon loadouts, however, you can still find weapons placed around the map.

A feature I really liked is that you can get a sort of X-ray vision of the map and see where all the weapons spawn by pressing down on the left bumper. It doesn’t necessarily tell you if the weapon is still there, but it’s a cool feature for players starting out. Pressing the back button also pulls up a map that presents a live overhead view of the battlefield as the match is taking place, so you can see weapons and players in real time. 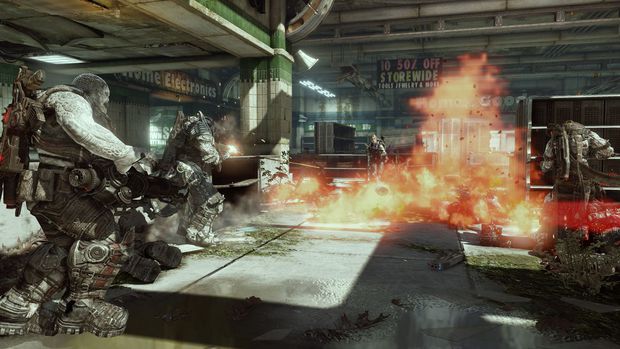 You’re of course going to get new weapons, five of which I got to check out and will be featured in the beta:

Some old weapons are changed up a little too, such as the Hammerburst, which now features an iron sight, making it very effective at long range. 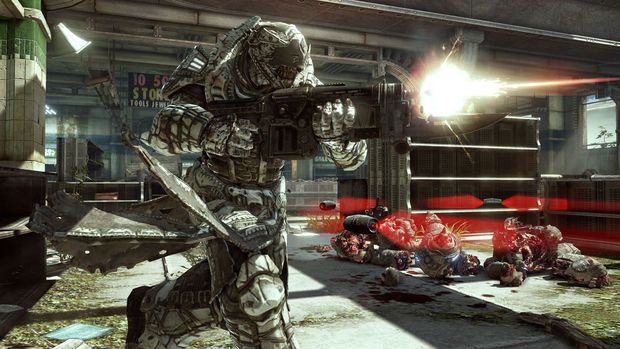 As for the modes, there will be six gametypes shipping with the game. I checked out the three that will be in the beta. Team Deathmatch has been changed up so there’s only a set number of lives now, instead of it being a points-focused game. It makes the matches a lot more intense; rounds can easily turn into a four-on-one game by the end if players don’t coordinate with each other.

One of the new modes is called Capture the Leader. It sees the opposing teams having to find the enemy leader, down them and then use them as a meat shield for a set time in order to score points. Leaders also have special abilities that they can use to help their team. Teams won’t be able to score if their leader is being held.

As for the third mode, it’s King of the Hill and it’s been simplified in comparison to Gears of War 2. 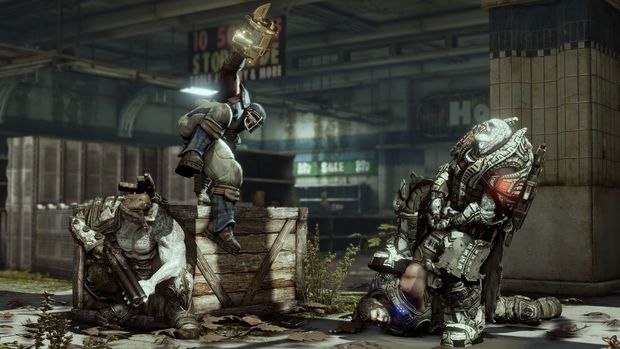 We also got to see six of the new maps, and you can get info on them here. (GO VOTE!) I have to say, I loved the level design on all the maps. I especially like the fact that some of the maps were colorful and bright.

As for my feelings overall on the game, well, it’s Gears of War. Aside from the control changes and the Call of Duty-like loadout system, it’s still the same thing you’ve played countless times before, just better all around. If you love Gears, there’s no question on whether you’re actually going to enjoy this (you will).

For people that have never been into a Gears game before, I think you’ll finally have a good reason to try again with the third game. (I should know, as I’m not a Gears player.) Something about this actually has me really excited for the final chapter in this story. I think it’s that it feels a lot more accessible in comparison to past games. You’ll find out soon enough for yourself come this April with the beta.