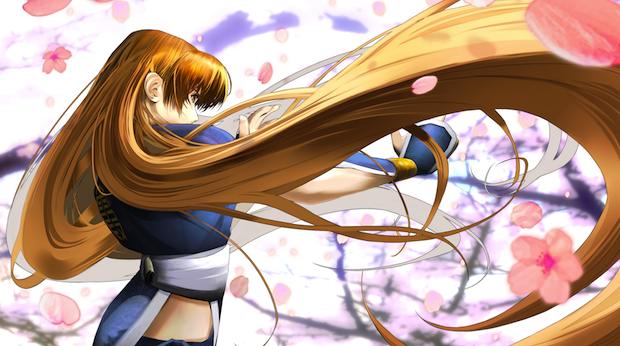 The game marks Team Ninja’s second foray into the world of Nintendo portables, the first being 2008’s Ninja Gaiden Dragon Sword. Based on my hands-on time with the fighter, it certainly seems to be nailing that trademark Team Ninja look, feel, and… bounce. 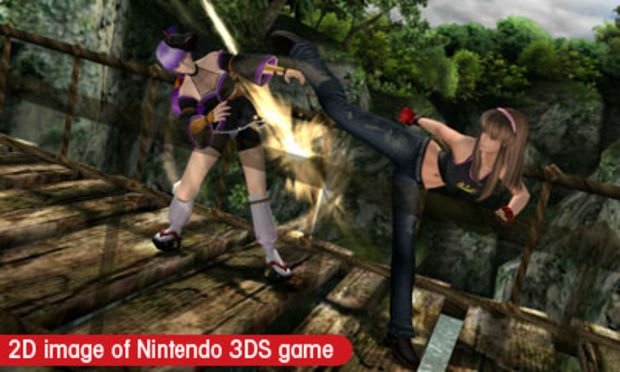 The demo Tecmo had on hand at Nintendo’s event was broken up into two parts, standard exhibition fighting and another a small snippet of the game’s “Chronicle” mode. In this mode, players will be able to work their way through most of the series’ timeline, including narrative from the original all the way up through Dead or Alive 4. Tecmo is also promising to fill in story gaps previously unexplored, but wouldn’t go into details for obvious reasons.

In my short hands-on time I watched a lengthy cut-scene feature Ayane and Kasumi, taking place in a ninja village hidden deep in a forest. It wasn’t a pre-rendered scene, either, but certainly looked as good as ever, with Team Ninja’s trademark action and overwrought drama on display. What I mean is that I had no idea what was going on when a helicopter started raining bullets down from a gatling gun. But it sure as hell looked nice.

Gameplay wise, Dimensions features your standard Dead or Alive series controls, which feel nice and responsive, even on the small 3DS unit. Using the 3DS’ Circle Pad and the handheld’s face buttons, I was easily able to mash my way through a series of fights, with little regard to any kind of strategy. This is, of course, because I’m no Dead or Alive authority. That’s where the game’s interactive move list and touch controls come into play. 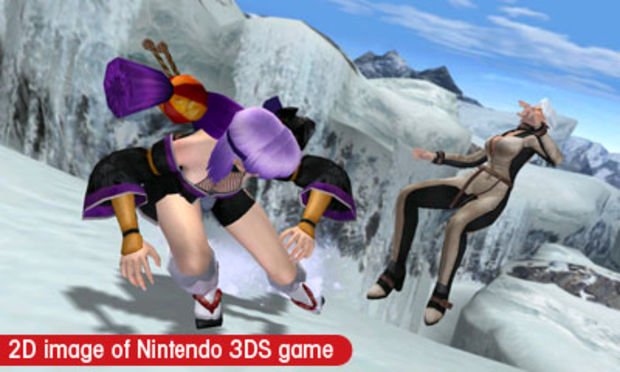 While the action takes place entirely on the top screen, the touch screen remains home to your character’s full move list. Sure, it’s nice to have it all on the bottom screen for reference, almost like a moves card on an arcade cabinet. But they’re not just there for show, and you can use them to a significant advantage if you’ve like. Tapping any of the moves or combos at any time using your finger or your stylus will activate said move instantly. With just a few taps, I was pulling off some crazy combos, linking together moves and chains that would otherwise take me hours to master. In fact, every action can be done using the touch screen, including throws and guards.

While you can manually scroll up and down the list of moves using your stylus, its context sensitive, as well. Throw a punch and the move list will automatically move to combos and moves that begin with punches, for example. When you’re on the ground, the touch screen displays a list of appropriate actions, like rising strikes.

Fighting enthusiasts and purists are likely to call foul on such use of the touch screen, and it’s hard to argue with them, considering how easily I was pulling off flashy moves. I personally found myself using a combination of buttons and the touch screen. Even though it was possible to quickly look down and reference combos, I simply couldn’t help myself from tapping a combo to activate it. 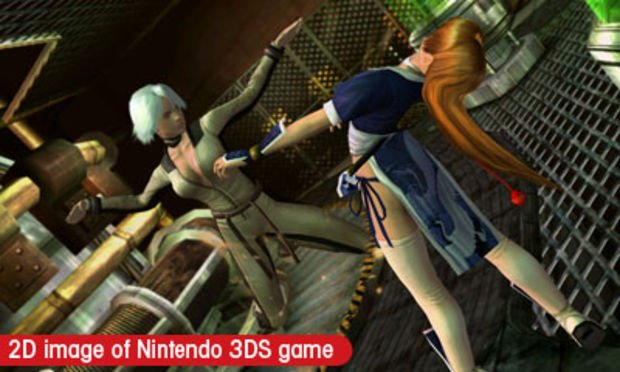 Visually, Dead or Alive holds up rather well on the 3DS, moving at a steady clip. With the 3D effects on, you get a nice sense of depth between the fighters and the game’s lush backgrounds. But even more to the point, Team Ninja seems to be placing even more emphasis on the series’ Danger Zones, shifting camera perspectives to take advantage of the 3D screen as fighters are smashed through a walls or glass.

Dead or Alive Dimensions, like Capcom’s Super Street Fighter IV offering, certainly looks like an impressive fighting package. And not just for a handheld — it’s just offering up a lot for gamers, period. Tecmo is promising over 20 characters, including some of the series’ bosses playable for the first time. You’ll be able to take the game online for multiplayer, or even battle locally.

Surprisingly, it looks like 2011 might be the year of handheld fighters; there’s no solid ship date for Dead or Alive Dimensions, but it’s expected to launch this year.

Filed under... #Dead Or Alive#Tecmo