I am not opposed to change. While certain circles of Halo fans find it popular to hate Halo 4, I’ve always appreciated what 343 Industries did with that game. Sprint was a logical next step to character movement, while loadout abilities such as shielding, dexterity, and promethean vision felt like natural additions to Halo‘s formula.

With Halo 5: Guardians, well, I’m not quite so excited with what 343 is doing. During my time with Guardians I often struggled to find that feeling of playing a Halo game.

From the moment I sat down with Halo 5: Guardians, it was clear that the game has a big focus on player movement. If you thought Halo 4‘s universal sprint was blasphemous (again, you’re wrong), enter a Halo game with ledge climbs, running melee’s, air stomps, and slides. All of these new abilities are made possible by your thrust pack.

Take the running melee for instance. When doing a normal sprint, your thruster will kick in after a few seconds, sending your spartan into a terminal velocity where your melee becomes a running charge that kills in one hit from the back, and your crouch turns into a slide. The ground pounds are similar to the air stomps in Crysis. To initiate a ground pound, you simply jump, aim by holding down the melee button, and a cursor will appear on any surface below, allowing you to smash down with speed. I do wonder how effective a technique the ground pound will be though, as the entire time you’re aiming midair, you hover with the thruster pack, making yourself a painfully obvious target. 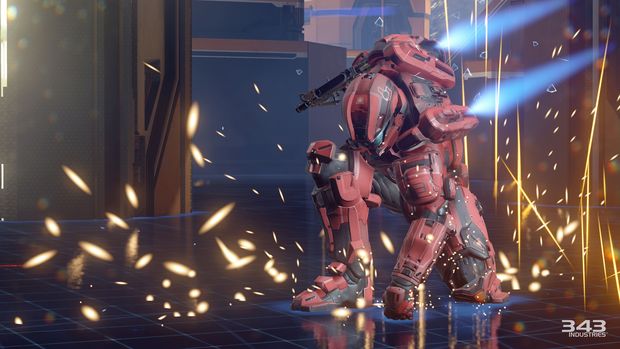 In exchange for the extra maneuvers, your shields take a hit, never recharging until you come out of your thrust-fueled abilities. It’s quite the trade off, and after more than an hour of play, one that I still hadn’t quite gotten the hang of. It feels as if 343 was trying to create some sort trade off between mobility and safety, perhaps even trying to find a middle ground between fans that enjoy sprint and those that long of Halo 3’s slower pace. In any case, it led to many instances where I would feel like I was being punished for trying to escape a double team.

One of the odder additions has to be the clamber system. Essentially a ledge grab and climb, clambering allows you to vault up platforms that are just out of reach of your standard jump. Playing Slayer on the map Truth, a remake of Midship, I must have killed and been killed three times trying to jump to the platform ring where the energy sword rests, as it was oddly just out of standard jump range. Finally, we had all wised up to the fact that the clamber was necessary to make it to the top.

A relatively small, inoffensive change to be sure, but more and more I started to feel its implementation was forced. The issue I had with it is that most platforms that seem within jumping range are always just out of reach. Playing on a brand new map, Empire, I found many situations where I would expect to be able to make a jump, only to fall just short without the clamber mechanic. It created this weird chicken or the egg feeling where I’m not sure if clamber is the solution to a problem, or maps were intentionally designed to justify the mechanics existence. My time playing on Truth seemed to suggest the latter, as having this new ability on a well known map never opened up any new or interesting routes, or ways to interact with the map. 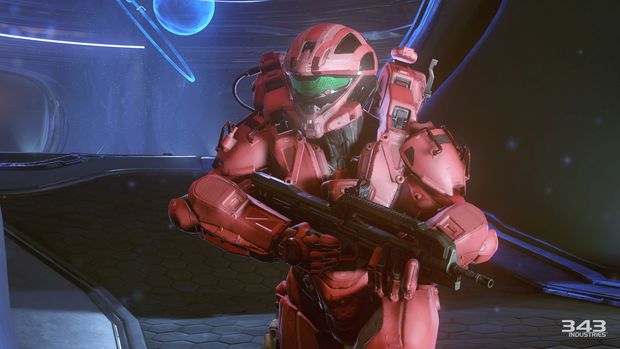 For those of you who keep up with NeoGAF and its various leaks, you make have heard that Halo 5 has aim down sights (ADS). Well, yes, it does, and yes, ADS doesn’t feel good in Halo. While there is no movement penalty, aiming down does narrow your field of view, as it does in all other games.

The problem here is that aiming down is a feature that works best, and only in games where weapons by design are inaccurate from the hip, and guns are meant to kill almost as soon as you can land your cursor over an enemy. Halo games do neither of these things. Losing your field of vision with no significant accuracy gain is redundant, and at worst, I felt the narrow view caused me to lose my beat on an enemy. Frustrating in a game where it takes five head shots on average to score a kill.

So that covers the new mechanics, but what about the modes? Apart from Slayer, the only other mode available was the all new Breakout. In Breakout, you and your team of four take on an opposing team, racing to win five rounds. Each player has one life per round, is without shields (not unlike in SWAT), and starts off with an SMG. Their are only two Battle Rifles and two Assault rifles between eight players. It’s quite a tense mode, and like Grifball or Zombies, can make for good bouts of quick fun. 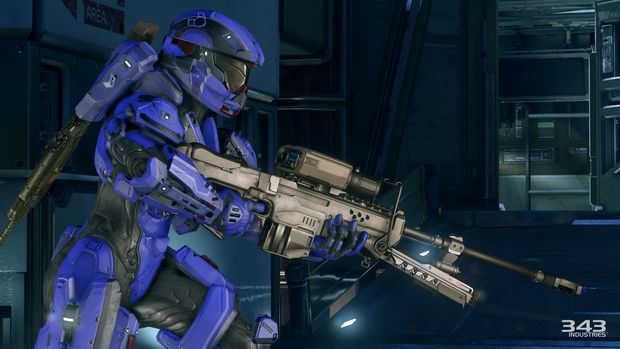 After I had finished my 90 minutes with Halo 5: Guardians it was clear that 343 wants this game to be more energetic, faster, and physically dynamic. I fear, however, that in their quest the good people of 343 Industries have changed so much that what’s left can not be properly identified as a Halo game.

That, in summation, is my problem with Halo 5: Guardians. The sinking pit-of-my-stomach feeling that I left with as I thought to myself, “This is not a Halo game.” On a more hopeful note, the upcoming December/January beta the is earliest that a beta has launched in franchise history, and 343 made it very clear they want fans to help them make meaningful changes. So if you have an Xbox One and a copy of Halo: The Master Chief Collection (which you should because that game is amazing), participate, be vocal, and keep your fingers crossed for the next year. I know that’s what I’ll be doing