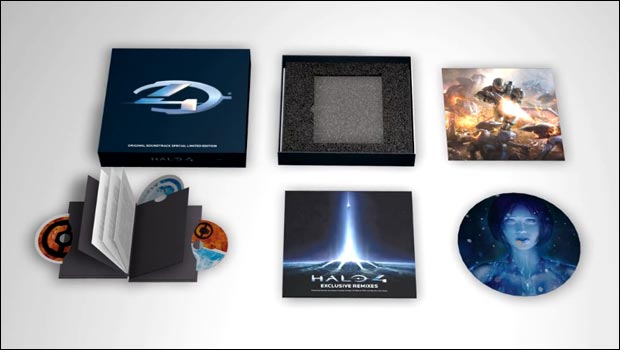 Costly but worth looking into

Happy Halo 4 day! We noted a few months ago that the Halo 4 soundtrack was being released in a variety of flavors, including digital versions and standard/limited edition physical versions. We’ve got the most extravagant of them here in the office, containing the soundtrack, an extra (and awesome) remix disc, a “picture disc” vinyl, a signed art print, a massive booklet detailing Neil Davidge’s work on the game, a making-of DVD, and more.

It better include a lot for the $80 asking price. It’s an impressive set, and the pictures shown on the official Halo 4 soundtrack website don’t really do it justice, so here’s our unboxing video. There are only 5,000 copies of the limited edition being sold, and I personally dig the remix disc more than the OST, so I’d recommend jumping on it if you’re at all interested.

Watch for our review of the soundtrack next week and please share your thoughts on the game’s music as you begin playing today. I think it’s a lot better in-game than the soundtrack CD would lead one to believe.