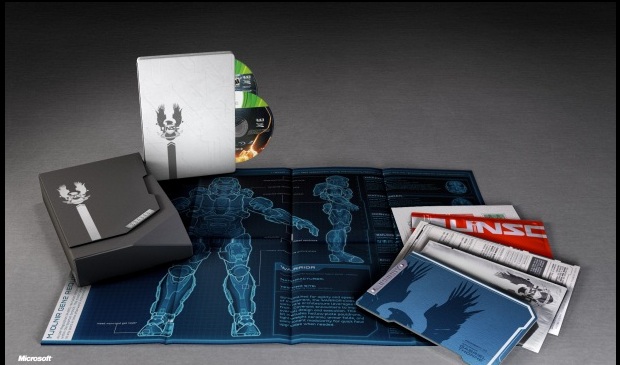 343 Industries recently explained the Specializations that were only mentioned back when the details of Halo 4‘s Limited Edition were first announced. Basically, any of the Specializations can be unlocked after your Spartan reaches level fifty. Once you follow these paths, you will be unlocking “combat-enhancing armor mods” that tailor to your preferred play style. All the Specializations and their perks are listed over on Halo Waypoint.

Wetwork and Pioneer will be unlocked for players right from the start, and all eight of the Specializations will be unlocked for people who pick up the Limited Edition. Microsoft also updated the details of what comes with said version (mostly just giving the cosmetic bonuses an actual name), and announced that the access to the War Games map packs (free for Limited Edition buyers) will be available for $24.99. Might just be worth the investment to buy the $99 version of Halo 4, eh?

The full updated list of the Limited Edition contents can be found below the jump.

Specializations – Receive early access to six Specializations, available at launch on Xbox LIVE, to achieve higher ranks in your Spartan career. Purchasers of the “Halo 4” Limited Edition will get access on launch day, while others will have to wait as Specializations are released over time.

UNSC Infinity Briefing Packet – Includes an armor customization schematic, a blueprint of the massive ship itself, and insight into what it means to be one of humanity’s finest warriors: the Spartan-IVs.

“Halo 4: Forward Unto Dawn” Special Edition – An extended 90-minute version of the live-action digital series that will bring the “Halo” universe to life as you’ve never seen it, and provide an enthralling backstory leading up to the events of “Halo 4.”