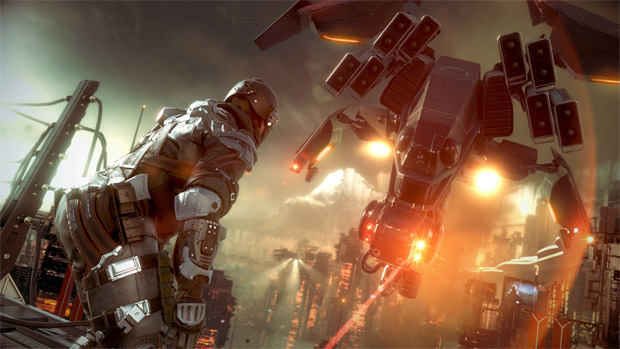 Behind the Shadow Fall demonstration

Has Guerrilla Games recovered from the infamous Killzone 2 target render and its inability to live up to those graphics with the finished product? Can the studio ever? Gamers with a grudge never seem to forget. With Killzone: Shadow Fall, questions were bound to come up as Guerrilla once again demonstrated new Sony hardware with the popular series.

Asked by Edge if the Shadow Fall demo felt like redemption, managing director and co-founder Hermen Hulst said, “Absolutely right. That was one thing where we went, ‘Okay, next time around we’re going to be on a stage we’re going to make sure it’s real.'”

Technical director Michiel Van Der Leeuw explains that the studio “made a point of not even claiming it was real” in the first place — to just get the work done. “And I think everybody was onboard with that, there was so much drive for people to make things real.” Funny how these things work out.

Unsurprisingly, bug fixes for the demo build happened right up to the end. According to Van Der Leeuw, “…we fixed three bugs in the last day that were very, very rare and only happened like once in a hundred playthroughs, but we knew that three of those bugs were in there. So theoretically, there was like a three in a hundred chance of a crash. I was very nervous seeing Stephen playing on stage and a lot of coders here in the Amsterdam office watching live-stream were also really, really nervous. But we made it through.”

Killzone: Shadow Fall and the power of PlayStation 4 [Edge]