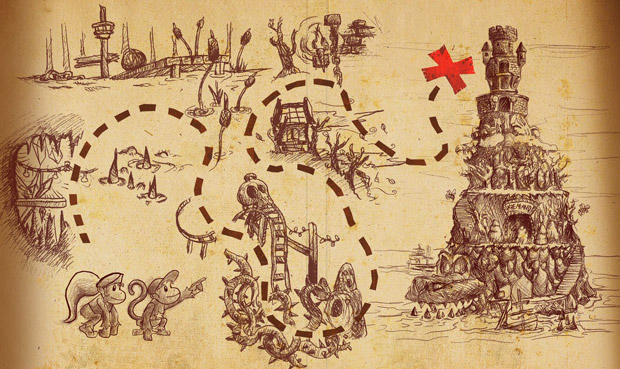 [Our Monthly Musing initiative is mostly for community members, but hey, every now and again us editors like to jump in, too. This month’s theme is that of games we continuously go back to. For me, it’s my all-time favorite title, Donkey Kong Country 2. We’ll be promoting blogs on the topic to the front page throughout February, so head on over to the Community Blogs and start writing.]

If I had to sum up my childhood with a single game — one that captured my imagination and consumed much of my free time for years — without hesitation, I’d choose Donkey Kong Country 2.

It was Rare’s sublime follow-up to the then-rad, and still-pretty-good Donkey Kong Country, which was another one of my favorites as a kid. Especially now that time has ravaged the original game, it continues to blow me away just how incredible DKC2 was — and continues to be.

Some people get chills when they hear the 16-bit era intro sound effects for companies like Capcom or Sega. For me, it’s Rare. Always has been, always will. 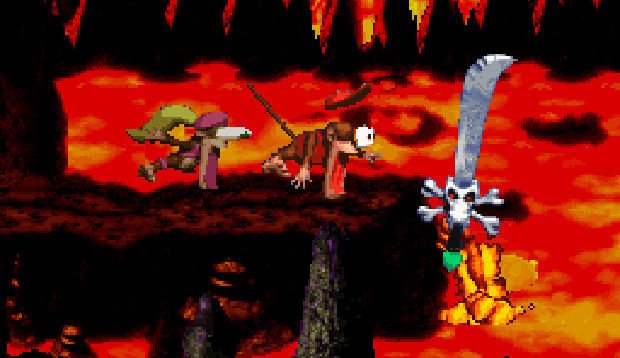 It’s hard to pinpoint exactly what it is about this game that keeps me coming back for more. Probably because there isn’t a single reason; what makes Donkey Kong Country 2 one of the best platformers is its ability to do so many things well. It’s a cohesive package the likes of which we rarely see.

One of the major contributing factors would have to be the atmosphere. Back in the mid-’90s, DKC2 was a technological marvel. And, even today, its style holds up shockingly well. The Kremlings are ridiculous and awesome enemies on their own, but giving them pirate garb was a perfect match. It simply works.

You know how a considerable number of platform games have world maps? The problem with most of these, save for Nintendo’s titles, is that they aren’t interesting. Oh, look, here’s grassy field number three. Boring! DKC2‘s setting is aesthetically pleasing and makes sense in the context of the game.

Why the eff wouldn’t the Kremlings have a theme park inexplicably overrun by hornets? Exactly. 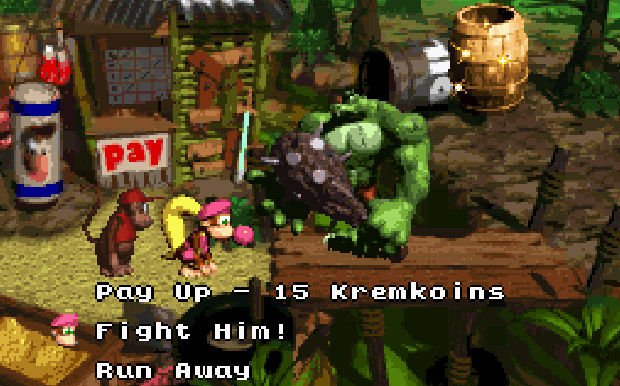 Getting back to the topic of atmosphere, DKC2 manages to do something few games — modern or otherwise — are able to achieve. Its world is believable. Granted, it’s not a realistic, science-based world we’re talking about here, but it is truly a work of art. Suns set, light weaves through the branches of a dark forest, ice shards sparkle. There is an attention to detail present that I still have a hard time comprehending.

Of course, this would all be for nothing if the levels themselves were uninteresting. Another trend I’m particularly fond of is the constant tweaking of mechanics. On one level, you might be ascending through a mine shaft with Squawks the parrot. On another, you’re on a downward spiral through a honey-drenched hive with a purple parrot who can only float downward.

Or, maybe you are using a seal to cool lava-like water only to have him later freeze it into a walkable path toward the end of the game. No two levels are exactly the same, and considering how many darned levels there are in DKC2, it’s an impressive feat.

Adding to the replayability — beyond the tight controls, which I won’t really dive into here — are collectibles. As a self-proclaimed fan of collectathons (Banjo-Kazooie, and basically every other N64-era platformer), this game is a dream come true.

Minigame-containing bonus barrels are scattered throughout the levels, as are DK coins. I think most of us will agree, so long as there aren’t too many collectibles, and they’re not lazily tossed all over the place, it’s fun to collect ’em all. Rare went all out in that regard; the secrets are so well (and smartly) hidden, that in a pre-Internet world, it could take you years to surpass that 100% completion rate. 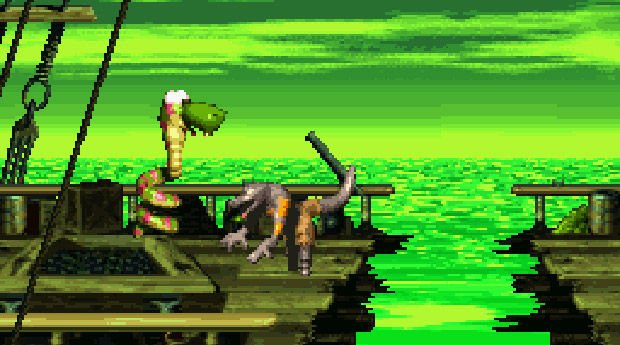 Lastly, there’s the soundtrack. I contemplated just including a screenshot of the level Bramble Scramble with the text “Stickerbrush Symphony. ‘Nuff said,” but ultimately decided against it. I adore the music too much to go that route.

The music is, in a lot of ways, what brings the aforementioned aspects of DKC2 together. From Jib Jig’s high-sailing adventures, to Forest Interlude’s haunting, reflective sounds, to Snakey Chantey’s pure, unadulterated joy — it’s the perfect package. Without a doubt in my mind, it’s my favorite game OST.

Merely listening to the tracks outside of the game brings up vivid imagery of two Kongs on a journey to save their buddy. No videogame has ever stuck with me quite like Donkey Kong Country 2.