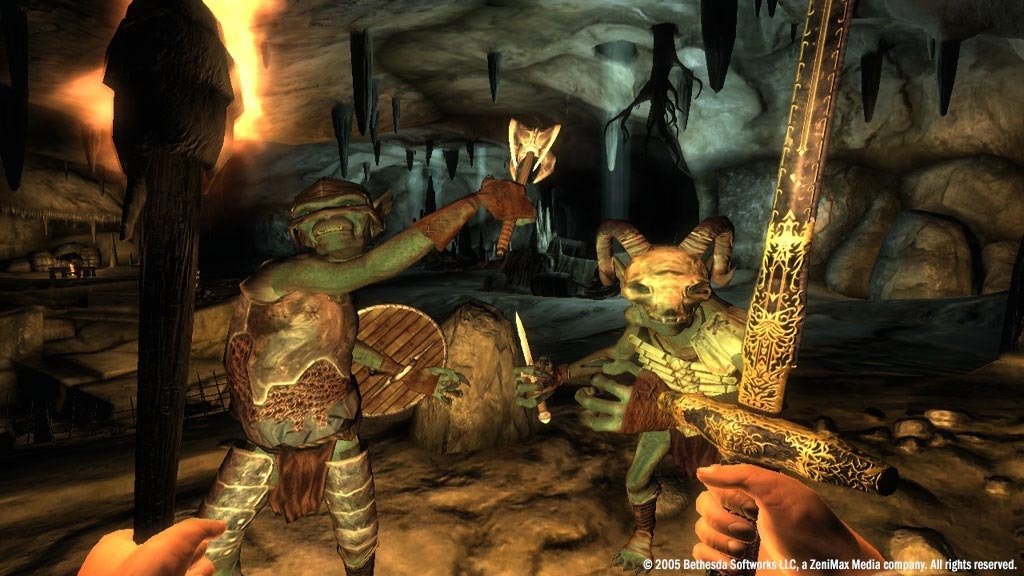 [Editor’s note: unangbangkay takes a look Dynamic Difficulty Adjustment in his contribution to the Monthly Musing. DDA isn’t really brought up that often and I must say this was a really enlightening read. — CTZ]

Videogames as we know them were built on the idea of challenge. Arcade games were always about (and still are about) getting as far as you can go, mastering the gameplay (or at least the minutiae of the levels) and going until you either ran out of money or you contracted premature arthritis in your wrists.

DDA is a relatively new concept, and only really emerged in roughly the last decade. Obviously intended to give players a consistently fun experience, DDA increases the difficulty according to a variety of formulas based on how the game’s AI regards the player’s skill level. DDA also started to be applied to other aspects of gameplay, such as rewards and helpful items, where rewards were modified by the difficulty of the encounter, not unlike decisions a Dungeon Master might make in a game of Pen-and-Paper Dungeons & Dragons. Certain items and powerups were sometimes added if the player spent too much time at low health or given a bit of ammo if they were out.

Did you ever notice Max Payne’s DDA? No? That’s when you know DDA is working. Max Payne very slightly adjusted the level of aim assistance you got, and upped enemy health a bit depending on your projected skill level and success. I don’t know the specific algorithms, be it your health after fights, ammo usage, or some kind of timer, but for the most part, you never really knew God was giving a little boost.

Half-Life 2 also did it, but in an even more subtle and unobtrusive manner. Commentary Mode in Episode 1 and 2 reveals that the game slightly modified the contents of the supply boxes you encountered, depending on Gordon’s status at the time you break it. Be at full health when you smash the box, and you were more likely to receive the dinky +5 health vials or random ammo. Be on the verge of death, you might get the nice +20 first-aid kits. Subtle, and almost almost invisible. Bravo, Valve.

Of course, this worked because both games’ DDA predicated on your skill and success in relatively simple ways. The rewards were predictable, and challenges entirely planned (enemy here, supply box there). Because of their linearity, developers knew when and when not to lend you a helping hand.

Unfortunate though it may be, there are many more instances of “Bad Idea” than there are of “Good Idea” when it comes to contemporary DDA.

Now before you lay into me about Oblivion, let’s go with what worked and what Bethesda was thinking of when they implemented DDA.

Oblivion’s obviously an open-world game, wherein the appeal is its nonlinearity and your ability to go anywhere and do anything. Morrowind’s static difficulty pretty much closed off certain regions to you and your pitiful gear, at least until you stole some fun-lookin’ stuff from the shops.

So, in Oblivion enemies scaled their levels, even their presence based on the player’s level. City guards were always 2-5 levels above you, bandits 2-5 below, and so on. This made sure that no matter where you decided to go, you didn’t feel as if you COULDN’T go there. A fine, laudable goal.

To bad it went horribly wrong in “vanilla” Oblivion.

Sad fact is, Bethesda went way too far in how deeply they chose to scale. Scaling permeated nearly every aspect of gameplay, from how strong enemies were, to what enemies actually spawned, to what they carried on their corpses, even to what items shops could sell. After a certain level, wolves and lower-end Daedra would simply disappear from the world, and you’d often see common road bandits wearing the most powerful armor in the game. They’d probably make more money selling that crap than by extorting a few gold pieces from you.

Oblivion’s own official strategy guides recommend that you complete certain quests before a certain level, such as one where you had to offer a wolf pelt to a shrine. If you did it too late, wolves were gone, and you had to find one sitting somewhere in the world. Another story mission pitted you and some city guards against a force of Daedra. Do it too late and the Daedra spawned would be titanic Atronachs that would slaughter your allies lickety-split.

Not only did it not make sense, it significantly damaged your sense of growing power and progression, probably the one most critical aspect of any videogame RPG. It was Final Fantasy VIII’s “level 100” problem all over again, only extended to loot. And furthermore, the game was pitifully easy if you chose NEVER to level up, making some of Oblivion’s most dire foes look more like easily broken pinatas.

One of the more publicized failures of DDA was Homeworld 2, best exemplified in the now-infamous “Mission 4 Massacre”. It seems that developer Relic took it personally when Homeworld’s challenge could be surpassed through copious abuse of Salvage Corvettes to bogart every enemy ship. In Homeworld 2, not only were Salvage Corvettes “nerfed”, but DDA implemented to adjust enemy fleet size and composition based on YOUR fleet at the end of the previous missions. You can see where this is going.

Players that did well in mission 3 began mission 4 (before some patches) facing a massive assortment of capital ships that almost immediately raped you before you could get into formation. Early GameFAQs walkthroughs advocated scuttling your entire fleet at the end of each mission, rebuilding from scratch again and again to circumvent the overzealous DDA. And instantly, one of Homeworld’s more appealing aspects, namely the consistent fleet, was destroyed.

Many of the most egregious and despicable examples of DDA failure exist in racing games. Yes, I speak of “Rubber-Band AI”. Simply put, rubber-band AI gives advantages to AI competitors based on the player’s standing. Do poorly, and every other car slows down to accommodate you and your laughable skills. Do well, and every other car suddenly gets nitro, steroids and gains the power of The Force to catch up to you, even if it forces them to go faster than their cars could possibly go. All in the name of making the player feel as if it’s a close race, when it isn’t.

I’m using a screen from TOCA Race Driver, which didn’t use this catch-up but other games certainly did. Burnout did it, Mario Kart does it (to an extent), and several other racers employ it, when it’s simply a crutch for poorly designed computer competition and out-and-out CHEATING. It’s unfair and makes a racing game unnecessarily frustrating, rarely taking into account a player’s actual skill, in a genre whose entire existence is based on it! If DDA must die anywhere, it’s in racing and sports games.

What conclusions can be drawn from this? In my book, DDA is a double-edged sword, with the edge pointing towards you being MUCH MUCH SHARPER. Implementing it is harder and more prone to failure the more complex and deep a game gets. The cases in which it is working are the ones where you never notice it happening.