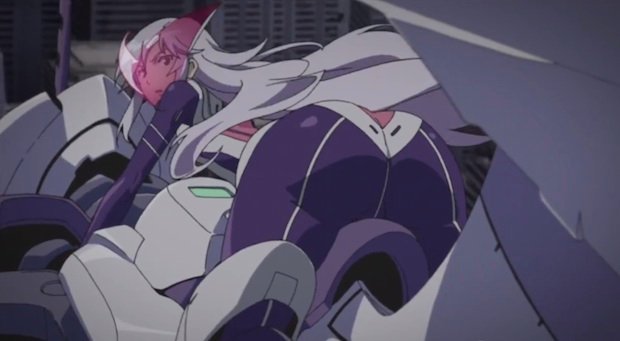 *Adam Sandler voice* Do it!

You at work? At lunch? At the post office? Stop that sh*t! Get your 3DS out and download Liberation Maiden from the Nintendo eShop right now! GO!

Ha. Haha. Very funny. Don’t act like you haven’t heard about Suda51’s Liberation Maiden. If you were being serious you’d admit to knowing that this game was originally part of Japanese multi-game collection Guild01. As you know, it’s a 3D shooter that stars the president of Japan, set 100 years in the future. The lovely president, Shoko Ozora, pilots a robot all around the country to liberate it from attackers, hence the game’s name. The story is told through animation by famous anime studio Bones.

It’s just one piece of Guild01, but it’s only $7.99. That’s nothing for this polished of a release. We’re getting more of Guild01 in the near future, with Aero Porter and Crimson Shroud coming up next.