[Dtoid community member Bardley is thankful for the Nintendo 64.  Lots of us around here have fond memories of the system. Let’s take a walk down memory road, shall we? Want to see your own stuff appear on the front page? Go write something! –Occams Electric Toothbrush]

When thinking over the games that I am thankful for, many gravitate around one system in particular: the Nintendo 64. It has a special place in my heart because it was the first video game system I owned as a kid, one that I’ve continued to pick up and play with over the years. With the Nintendo 64, I was introduced to 3D platformers, one of my favorite genres, with titles such as Super Mario 64, Banjo-Kazooie and Banjo-Tooie, Donkey Kong 64, and Rayman 2. These were some of the first games I ever played and influenced my tastes in gaming.  They gave me a desire for big, interactive worlds to play in. 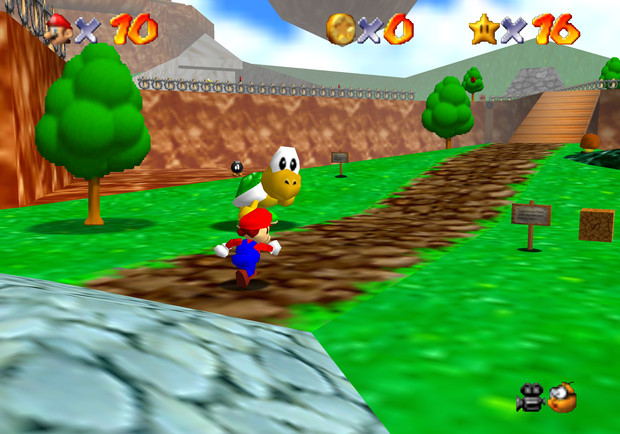 These games inspired me to to something I had not done since my I was a child. Even after completing these games and sitting through the credits with a sense of accomplishment, I continued playing,  I found joy in making up my own stories and adventures in the unique worlds within. There would be imaginary bosses to fight and new quests to go on after the main story was done. Looking back at my copy of Banjo-Kazooie, I found that one of the save files had over eighty hours on it. A few years ago, I did a 100% run of the game in under ten hours. If I found save files from other games over the years, I’m sure I would see similarly large numbers. Perhaps this background is why I was so taken up with Skyrim a few years ago. There was a world to explore much larger than most I had ever seen before. There were no loading screens in between maps and no invisible walls separating levels. You could go anywhere and do anything that you wanted, living out your own story.

Of course, one of the best things about the Nintendo 64 was multiplayer. I fondly remember playing games like Super Smash Bros, Mario Kart 64, and Mario Party with family and friends. Of course, picking up any Mario Party game nowadays only leads to fighting and broken friendships. On second thought, I remembered why I don’t play Mario Party much anymore. Super Smash Bros., on the other hand, I could play for hours and I did just that with family and friends. To this day, I still pop in the game for a few quick rounds with family. It still plays great today (as long as you have a decent controller. Most of my control sticks are loose).

Accompanying the Nintendo 64’s lifespan was one of the biggest games of my childhood: Pokémon Red/Blue. Thinking of myself as the Pokémon master, I of course had to pick up the games for Nintendo 64. Pokémon Snap is still a blast to play, if only to throw apples at the heads of Pokémon. It was a great on-rails game and I remember taking a bunch of great and silly pictures and trying so hard to get the pictures of secret Pokémon in the levels. It was a pain try to get a decent shot of Mew in the final stage. Pokémon Stadium was also a really fun game, letting you play through matches in 3D. I still have fun playing through the silly mini-games, blending the Pokémon I knew from the game with the style of the anime series. 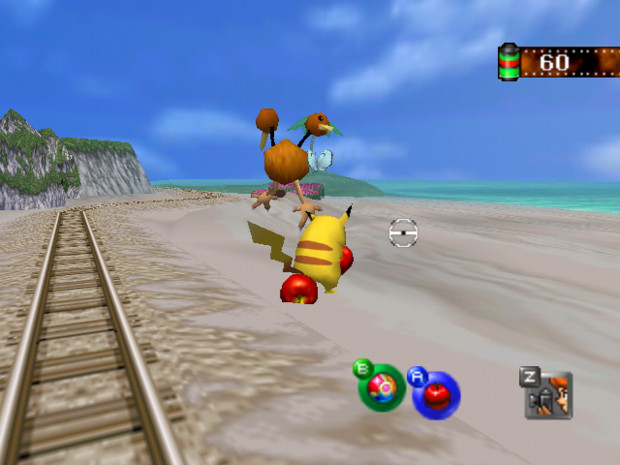 Annoying a creature that can create lightning? What’s the worst that could happen?

Another major interest in my life during that time, like that of many others my age, was Star Wars. I was a young kid around the time that the prequel series was just beginning and people were rabidly excited to see how the new films would turn out. I played through every Star Wars game on Nintendo 64. Podracing in Star Wars: Racer was a blast to play through and is one of my favorite racing games for the system. It was fun picking the right racer and upgrading your pod. The levels were varied and took place on disparate, alien worlds, including the Mos Espa race from the movie, which was fun to see as a kid. Rouge Squadron was another amazing game that I played through many times as a kid. Battle for Naboo was also a great game and one that I think deserves more attention. It was fun using both sky and ground vehicles and I remember feeling caught up in the story as a kid. 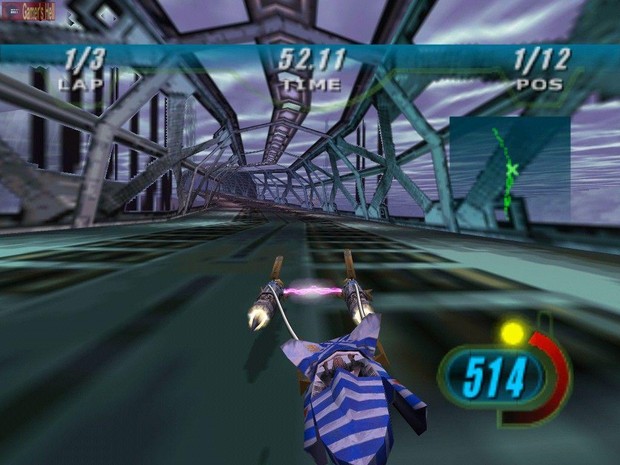 Now THIS is podracing!

I also have fond memories of many licensed games as a kid. Today, I discount most of these games as shameless cash-ins but as a child, these games gave me some of my fondest memories. Spider-Man was a really fun game and was my first introduction to Marvel characters. The opening to the game still makes me smile and I know it almost by memory, as it was the first time I heard anything from Stan Lee. His opening monologue for the game is great; it’s cheesy, bombastic, and is full of that trademark comic book style. It was fun swinging around in the small environments and climbing on walls and ceilings, gameplay unique to Spider-Man. I enjoyed finding all the secret items, unlockable powered costumes, and even looking through the comic gallery. It may have been this game that got me interested in comics in the first place. Looking through comics over Spider-Man’s long history and reading the captivating descriptions of what happened in each story, I wanted to read the tales for myself. 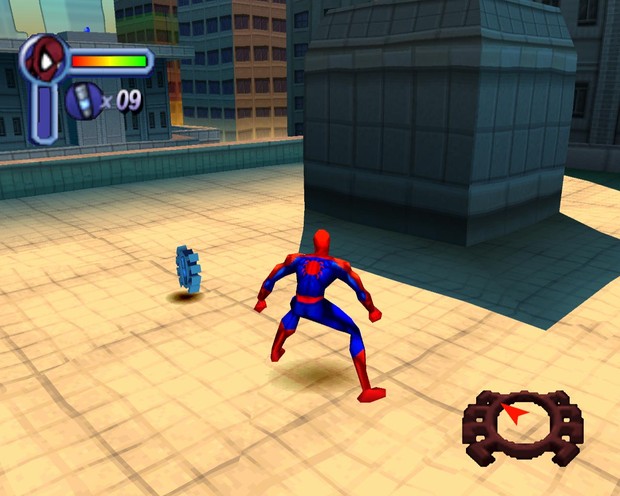 As much flak as the game rightly deserves, I must confess that I had fun playing Superman 64 as a kid. Treasonous as that might sound, parts of the game really were fun. Though the controls were clunky and awkward, it felt good hitting and taking down opponents. Though most people don’t mention it much, the game actually comes with a multiplayer section, where you fly in hovercars and compete in deathmatches. While there are much better games out there, it was fun at the time and was fun for me.

Though many of these games look graphically poor by today’s standards, I have a fond appreciation for them. I am thankful that I still have most of my games from when I was a kid; there are only a few that I have sold off over the years. Actually, I look forward to someday playing some of the Nintendo 64 games that I missed as a kid. I’ve heard plenty of great things about Conker’s Bad Fur Day and Paper Mario and I plan to someday play them. A few years ago, I saw a complete in box copy of Conker’s Bad Fur Day at my local used game store for just $20. I still kick myself for passing it up.

I remember during one summer around 2000, a strong storm was forecasted to come through the area that had the possibility of turning into a tornado. As a family, we prepared by putting supplies and stuff into the safest part of our house, an enormous closet. The items I chose to take in with me, the ones my younger self wanted to keep safe? My Nintendo 64 cartridges.

Honestly, I could go on and on about the Nintendo 64, the games I played as a kid, and the things I love about the system. So, to keep things somewhat short, I think I’ll end things here. I’ve been thinking of blogging about different aspects of the Nintendo 64 at some point in the future and going into more detail about these games I grew up with. 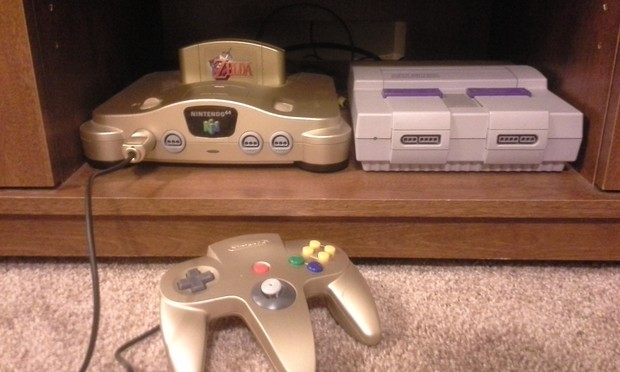 To cap it all off, this is a picture of my Nintendo 64. Parts of it are a bit scratched up, the reset button is jammed, and most of my controllers have loose control sticks, but I love it all the same. To me and as a staple of my childhood, the Nintendo 64 is golden.