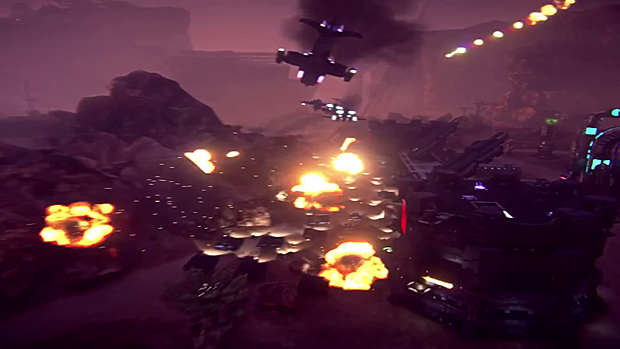 Sony Online Entertainment is getting ready to get epic yet again with their upcoming MMOFPS PlanetSide 2. They claim thousands of players will be able to take part in enormous ground and air battles across massive continents that can last for days or weeks, hence requiring alliances with others and long term strategy. Furthermore, there are extensive customisation options, from extensive skill trees and free-form class-based systems, to customising soldiers, weapons and vehicles.

To top it off, the guys at SOE decided to show off some footage with a new gameplay video playing to the unmistakeably classic and memorable piece – Ride of the Valkyries by Richard Wagner, most probably taking homage from this, rather than say this, or this.

The story will be penned by Marvel’s Blade creator Marv Wolfman, who has already worked with SOE on DC Universe Online. For those who are interested, you can sign up for the beta right now at the official website, and get ready to make some pretty explosions just like in the vid above.